"it was a tough decision," Clark told Doug Petcash. 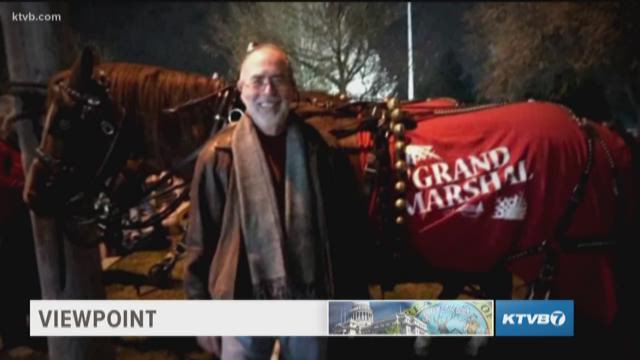 BOISE, Idaho — There's going to be a change of the guard at the Meridian Food Bank: Founder and Executive Director Dan Clark has announced he is retiring after 20 years of service with the food bank.

"It was a tough decision, but as long as I can still stay involved then I'll be fine," Clark told KTVB's Doug Petcash, reflecting on his career for the latest episode of Viewpoint.

What Clark started out of his car in 1999 now provides more than 1 million pounds of food every year to those in need - and helps about 1,000 people a week.

The food bank is 100 percent volunteer, and Clark has never received a dime for his service.

"All the money went to buying food or setting up the organization and all that sort of thing," he said. "It's not about us. Those of us who can give should, and those people out there who are in need shouldn't be. If we can help them, we should."

The Meridian Food Bank helps people from all over the Treasure Valley, not just Meridian. They can come to get free food twice a month.

Clark will stay on as chairman of the board. Volunteer Pat Cooper is taking over as executive director.