Opponents argue the law, which Gov. Brad Little signed earlier this year, makes it virtually impossible for citizens to get an initiative on the ballot. 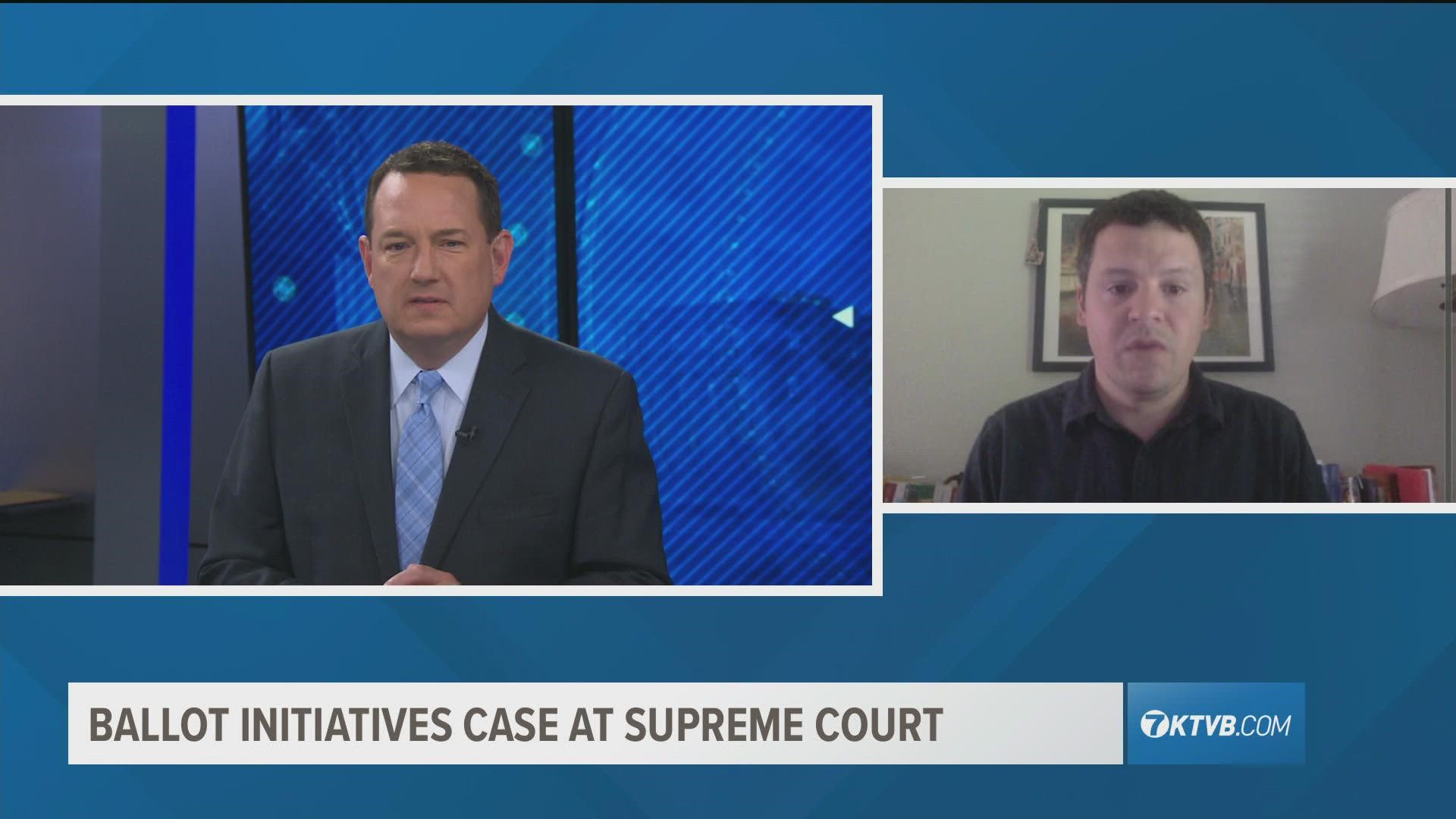 BOISE, Idaho — A controversial new law that increases the requirements needed to get a citizen's initiative on an election ballot is set to appear before the Idaho Supreme Court next week.

Opponents of the bill argue the law makes it virtually impossible to get an initiative on the ballot. Supporters argue increased requirements make the process fair to voters in rural Idaho.

Idaho Supreme Court Justices will hear arguments from both sides on June 29.

The citizens group Reclaim Idaho, the group responsible for getting Medicaid Expansion on the ballot in 2019 through a signature campaign, filed the challenge against the new law, and the Idaho Supreme Court decided to hear the case.

During the taping of this week's Viewpoint, Reclaim Idaho Co-Founder Luke Mayville and Idaho Rep. Jim Addis (R-Coeur d' Alene) laid out their main arguments regarding the new law.

"We don't think that it should be easy to get an initiative on the ballot. We think that any organization should have to work hard. Volunteers around the state should have to get involved, but you shouldn't make it so difficult that it's virtually impossible," Mayville said. "Because if you claim that the people ought to have a right to put something on the ballot, which our Constitution does enshrine that right, but then you turn around and make it impossible to exercise that right, it's not really much of a right at all."

"Just as I applaud our founding fathers on their wisdom behind the Electoral College, I think it's important to allow everyone in Idaho to have a say in the formation of law," Addis said. "It's very, very important. I believe in the initiative process. I think it's a safety valve for the populace. I just think everyone should be involved in creating statute."

There are two likely outcomes in the Supreme Court case: justices could side with Reclaim Idaho and shoot down the new law, or they could rule the new law stands.

On this edition of Viewpoint you can hear more of Mayville and Representative Addis' stances on the new law and what the plan could be for each side if they lose.