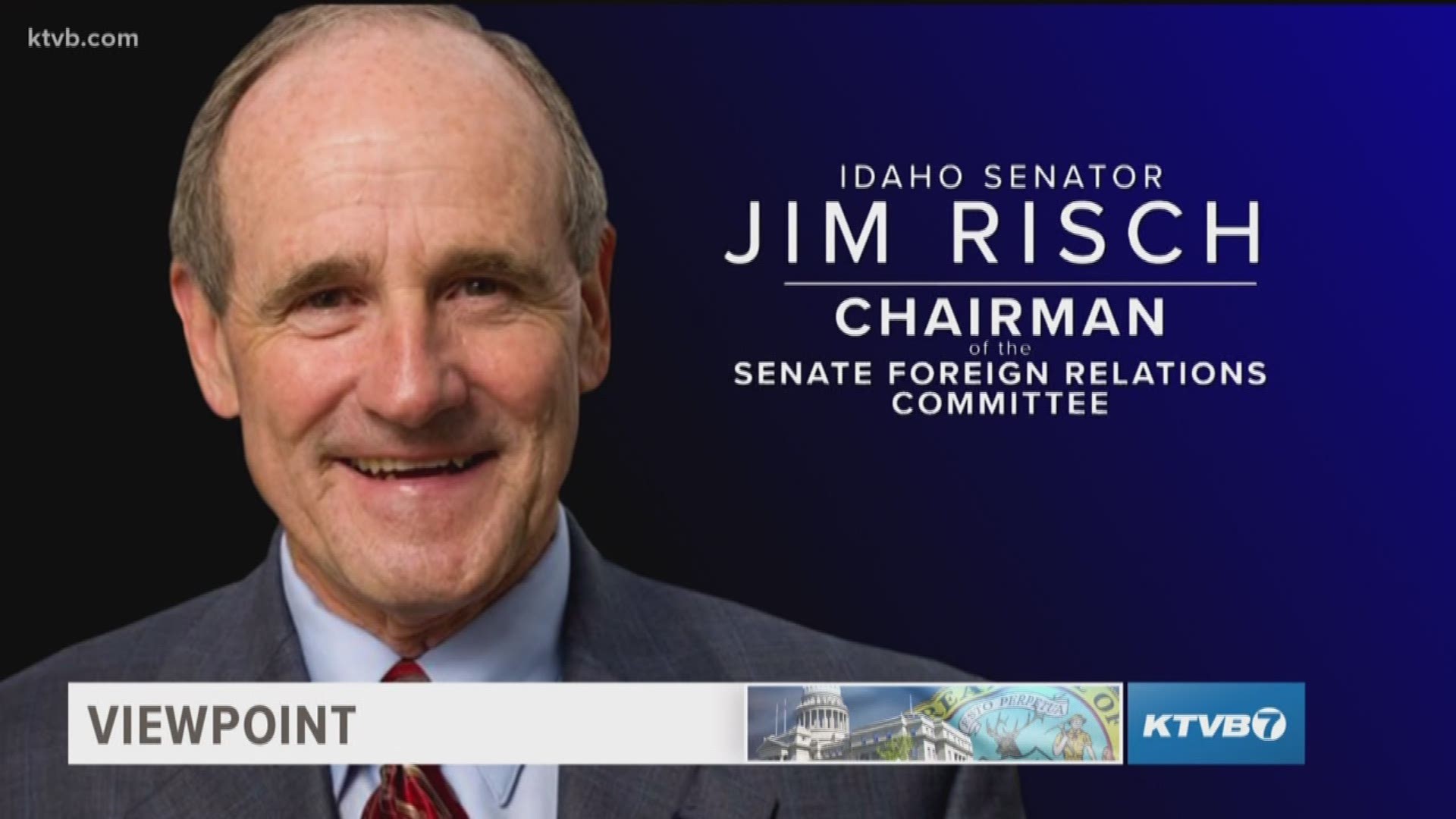 BOISE, Idaho — In this week's Viewpoint, Idaho Sen. Jim Risch (R) said he can't predict whether or not new legislation that will address gun violence will be introduced in the Senate, but knows it will certainly be discussed.

Congress goes back into session next week after their summer recess and gun violence and gun control are expected to be major topics after two recent mass shooting in Texas and another in Dayton, OH that left 28 people dead and dozens more wounded.

In the aftermath of the shootings, there were calls for Congress to strengthen background checks or approve red flag laws that would allow law enforcement authorities to confiscate guns from people who were deemed dangerous.

"Nobody wants guns in the hands of people that shouldn't have guns," Risch said. "I think everybody starts from there, and I can't fathom anyone would have a different view than that. How you get to that point becomes a different issue, and that has been the subject of a robust debate."

Sen. Risch also discusses major ongoing foreign relations issues, including the China trade war, the border wall, and negotiations with the Taliban to end the fighting in Afghanistan.

He also shares his viewpoint on gun violence, the creation of the U.S. Space Command and why he's running for a third term in the senate in 2020.