Gov. Little reacts to Lt. Gov. McGeachin's bid for governor and discusses the pandemic recovery and accomplishments and controversies in the legislative session. 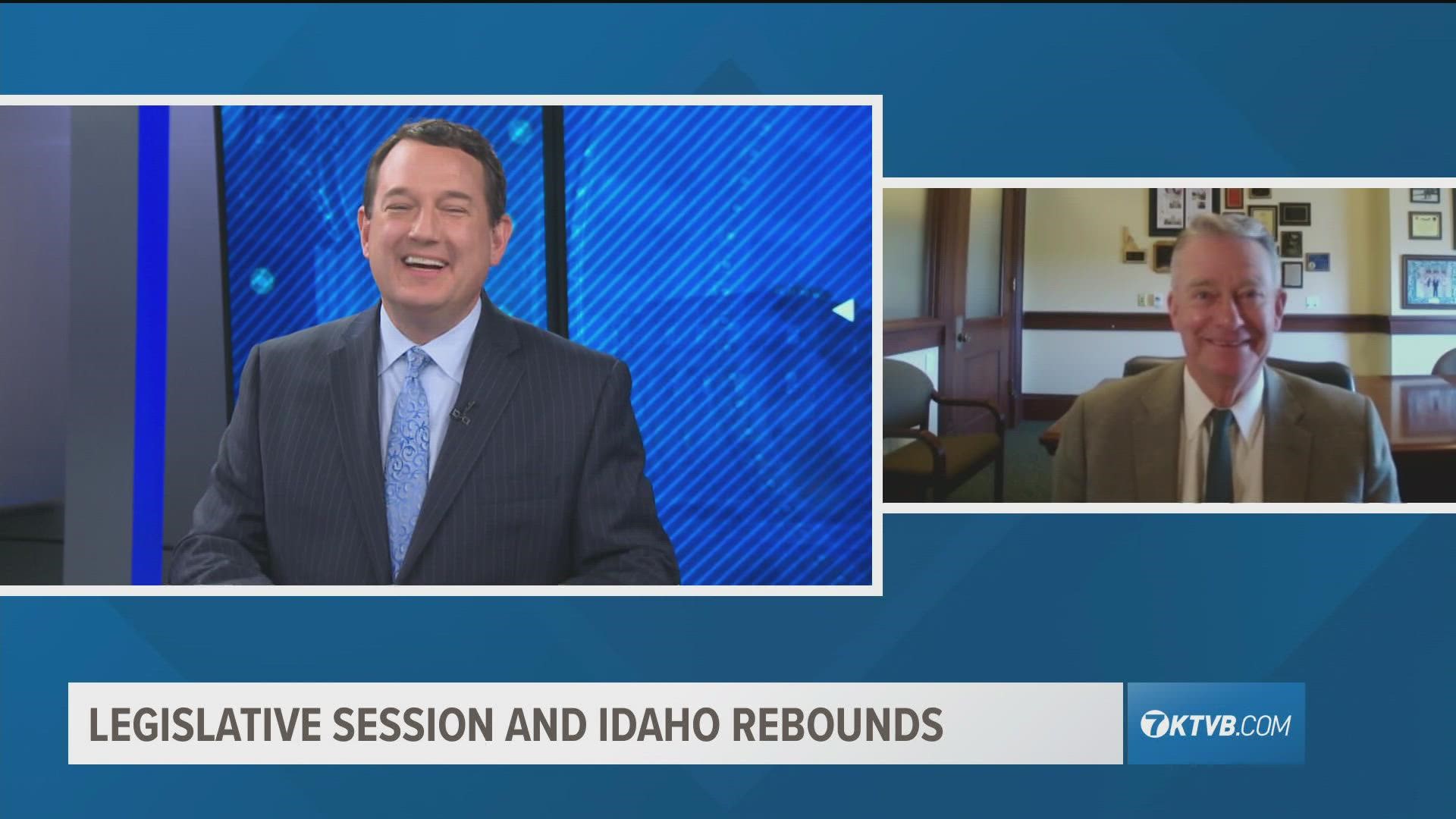 BOISE, Idaho — The big political news this week was the announcement by Republican Lt. Gov. Janice McGeachin that she is running for the seat now held by Republican Gov. Brad Little. She has been highly critical of the governor's handling of the coronavirus pandemic, including his Stay-At-Home order and closure of non-essential businesses early on in the crisis.

At 122 days, it was the longest legislative session in Idaho History. While the Senate adjourned for the year, the House decided to take an extended, unpaid recess in case they need to come back later in the year to deal with any unexpected aid packages from the federal government.

The legislature and governor approved the single largest single tax cut in state history, although opponents say it's unfair to the Idahoans who need tax relief most. They provided tens of millions of dollars for road and bridge projects, and more money for teacher pay and literacy.

But it was also a session steeped in controversy. It included debates over critical race theory and liberal indoctrination in our public schools, a battle over the governor's emergency powers during a crisis like the pandemic, and a controversial bill that would allow the killing of up to 90% of the state's roughly 1,500 grey wolves, plus a last-minute property tax relief measure.

On this edition of Viewpoint, Little discusses all of these issues. The excerpt below focuses on McGeachin's bid for governor, their relationship and his future.

Governor Brad Little: "Well, it's a free country, and Idaho always has a robust primary season. Now the landscape is starting to form, but I've been focused on the things that you just talked about, tax cuts, investments in infrastructure, getting our kids caught back up and our incredible prosperity that we have in Idaho right now.

Doug Petcash: Lt. Governor McGeachin has been highly critical of your response, the state's response to the pandemic, including the stay-at-home order and closure of non-essential businesses. How do you respond to those criticisms?

Gov. Little: I think I already have. Where we are today compared to where we were a year ago, obviously there were a lot of people that had to make some sacrifices to maintain the safety of the people of Idaho, particularly health-compromised and older people. Those are the choices that all 50 governors had to make.

Doug Petcash: We've reported that the two of you rarely talk. Does her announcement really change the dynamic of your relationship?

Gov. Little: Well, I saw her in Idaho Falls the day before yesterday at a groundbreaking for an auditorium district over there. She called yesterday. I missed the call. I texted her back. But we see each other at events, and my staff talks to her staff multiple times a week on updates on what's going on in Idaho.

Doug Petcash: The two of you still have a year and a half on your current terms. Can you work together when necessary?

Doug Petcash: Governor, I do need to ask at this point, are you running for re-election?

Gov. Little: It's going to be a shocker that I'm not going to tell you at this point in time. But we're looking outward more than just a few months. We're looking outward to continue my goal of making Idaho the best place for our kids to want to stay here, and I'm undaunted in trying to get that mission accomplished.