Viewpoint: How bicycling has changed in Boise over the years

Boise has become of the Northwest's top cycling communities. It's an achievement that has taken decades and a lot of dedication. 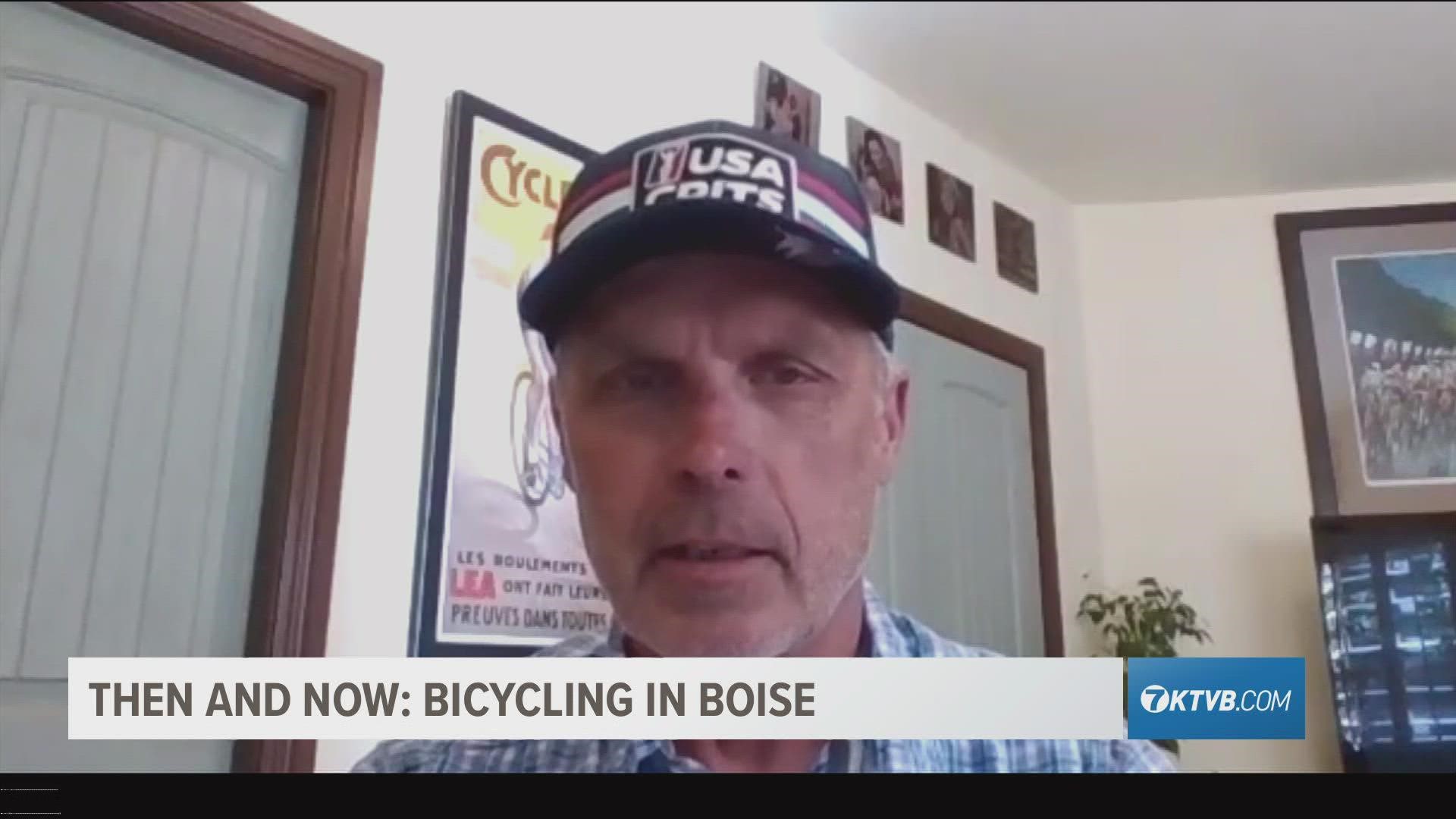 BOISE, Idaho — This is Boise Bike Week, which this year, is actually a whole month. It's put on by the Treasure Valley Cycling Alliance. Several events are still to come this month.

Those include the Ride of Silence on May 19.

"Bike There" day on May 21 marks National Bike to Work Day. You can stop by one of several morning hubs around Boise for coffee, breakfast, fun giveaways, or to get your bike checked by a local mechanic.

Book Club will be on May 26. There will be a virtual discussion of the book "Bicycle/Race: Transportation, Culture and Resistance" by Adonia E. Lugo, Phd.

You can get more information about these and other "Bike Week" events by going to www.biketreasurevalley.org.

With it being Bike Week, we thought it would be good time to focus on how Boise has become one of the premier cycling communities in the Northwest. So the focus of this edition of Viewpoint is: Then and Now: Bicycling in Boise.
Cyclists enjoy riding the streets, the greenbelt and, of course, the foothills trails.

Mike Cooley recently retired after co-owning George's Cycles for more than 40 years. He was instrumental in starting the Ore-Ida Women's Challenge, the Bogus Basin Hill Climb and the Boise Twilight Criterium road race. These events have attracted top racers here to compete.

On this Viewpoint, Cooley talks about the evolution of cycling in Boise over the decades. He's also looking ahead to this year's Twilight Criterium on July 10 and the 2021 Para-cycling Road National Championships July 9-11. He's the race director for both events.

"I was asked by the Challenged Athlete Foundation and USA Cycling to help put on the U.S. National Para-cycling Championships," Cooley said. "And so those athletes, including their Olympic team, which will be competing in Tokyo in August, will be here for a time trial, a road race and the Criterium. So when you think about it, we're going to have the best para-cyclists in the United States for three days along with the best criterium riders in the world will be here for that July 10 event. And it exceeds everything that I ever dreamed it would become."

The para-cyclists will compete in a time trial in Glenns Ferry on July 9, the Twilight Criterium on July 10 and a road race in Melba on July 11.

Also in this episode of Viewpoint: the Ridge to Rivers system of Boise Foothills trails offer hikers and bikers a beautiful place to get away from it all and get in a good workout. But the trails didn't just appear one day. It's taken a long time, a lot of hard work and a lot of money to make them what they are today.

Outdoor author and trail advocate Steve Stuebner discusses the path from then to now for the foothills trail system. He also offers a good reminder about trail etiquette so everyone can have a good time while hiking or biking, and so the trails can stay in good shape.