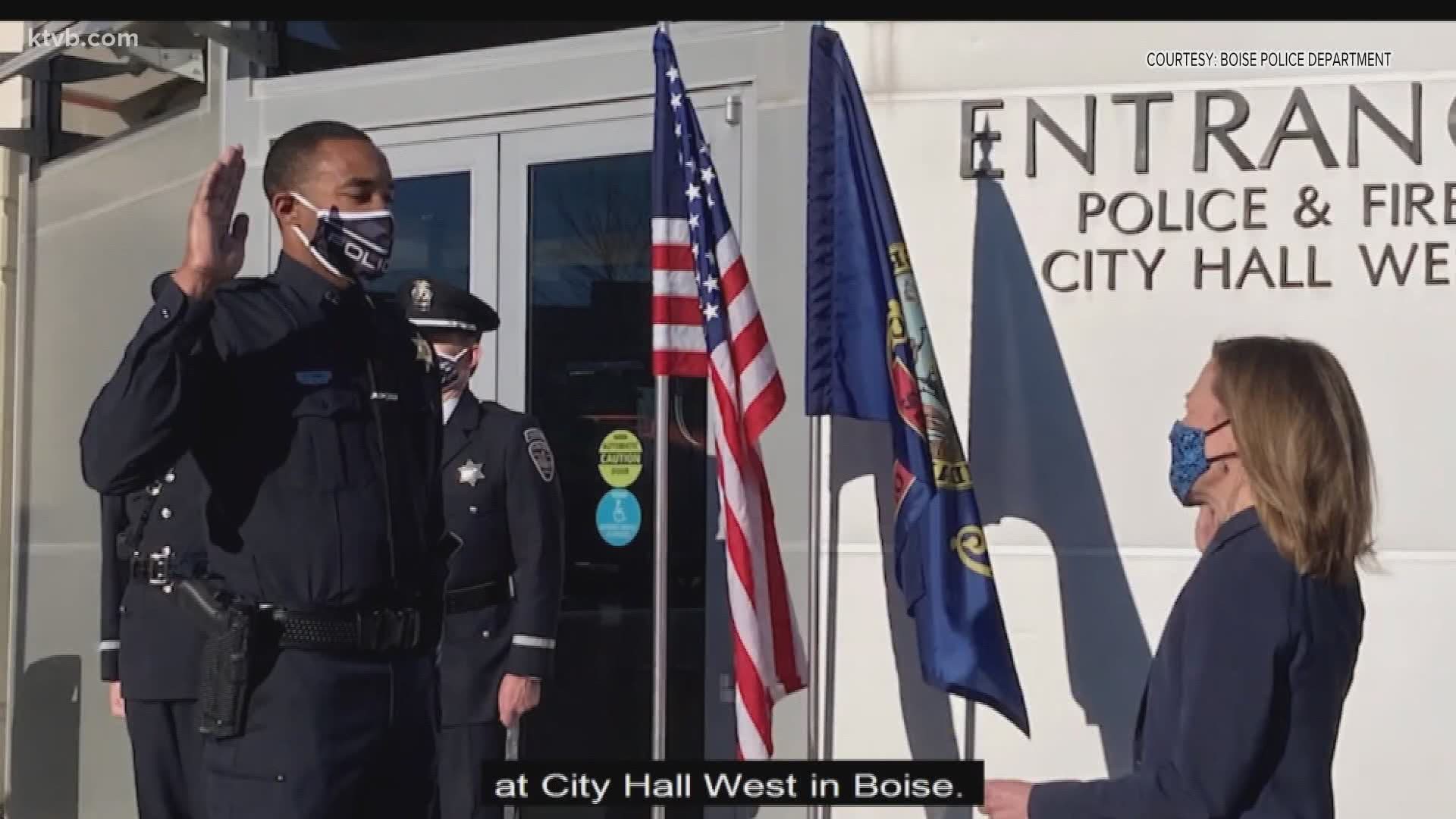 BOISE, Idaho — It's the start of something new at the Boise Police Department. BPD recently launched a new division that focuses on innovative training and hired a new captain to lead it. It's called the Training, Education and Development Division, or TEDD.

After a nationwide search, the department hired Capt. Spencer Fomby to command the division. He was sworn in on March 1. Fomby brings 20 years of law enforcement experience to the position, coming to Boise from the Berkeley, California Police Department where he served as a lieutenant and tactical instructor. He will guide the division in mental health awareness training, training in de-escalation techniques, and education in implicit bias, among other things.

During the taping of this Sunday's Viewpoint Fomby laid out the goals and objectives of TEDD.

"The main thing is to look at the way we train police officers, the type of education we provide, giving them opportunities for career development and also looking at the wellness program. Chief Lee and I are both working on several national initiatives, and we're very much aware of the national trends, the national standards toward police training, and we want to make sure that everything we do at BPD is related to national standards and best practices."

Fomby said the training will cover everything from routine patrol tactics to first aid to how to deal with someone having a mental health crisis, as well as policing in immigrant communities and use of force situations.

"My real background is training officers how to use various levels of force: When it's appropriate, when it's legal. I was a use of force instructor in basically every discipline in use of force, and I created two courses that are certified in the state of California around de-escalation," he said. "So one of my main focuses is the way we deal with people who are in a mental health crisis, people who are under the influence of drugs or alcohol or otherwise non-compliant."

You can watch the full interview with Captain Fomby on the objectives of the division and his ultimate goal for it and the whole police department Sunday morning at 6:30 on Viewpoint.

Also Sunday morning, the end of an era at the College of Western Idaho. Long-time President Bert Glandon is retiring on May 15. He talks about the amazing growth CWI has experienced during his tenure, how the college is holding up through the pandemic, and why he decided now is the time to step away.

RELATED: Idaho suicide is a serious issue all the time, not just during the pandemic