Viewpoint: IDOC plans to send more than 1,000 inmates to out of state prisons to address overcrowding

"Our state capacity hasn't kept up with our growth, and we're behind the eight ball in terms of having enough beds within our own system." 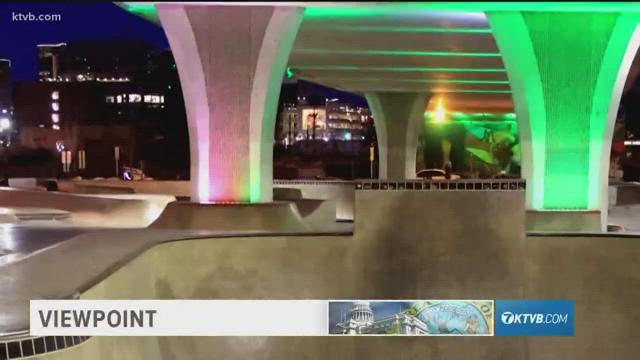 BOISE, Idaho — The Idaho Department of Correction is working on a plan to send more than a thousand inmates out of state to ease overcrowding in our prisons.

The Board of Correction gave the department authority to contract with a private company to house the inmates at the Kit Carson Correctional Center in Burlington, Colorado.

"Our state capacity hasn't kept up with our growth, and we're behind the eight ball in terms of having enough beds within our own system," Tewalt said.

Of those, 7,342 were in IDOC facilities. 651 were being held in the eagle pass correctional facility in Texas and 875 were in county jails in Idaho.

Tewalt says the inmates being moved to Colorado won't just be locked up there.

"One thing that was of particular interest to the governor and the board was making sure that we learned from past decisions we made with out of state placement in that we focus first and foremost on the opportunities that are going to be afforded that population," Tewalt said. "and we've secured some very exciting opportunities like access to education, programming, treatment, meaningful employment readiness."

Corecivic is the same company that managed the Idaho Correctional Center south of Boise. The state took back management of the prison from the company in 2014 after investigations into allegations of falsified staffing reports. The prison also had such a reputation for violence that inmates dubbed it "gladiator school."

Tewalt says he's comfortable with Corecivic now because IDOC has had a positive experience working with the company at Kit Carson since the controversy here.

"I also have a high degree of confidence in the contract that we're putting in place with them," Tewalt said. "We have very high expectations. We have assurances within that contract that we're going to be able to receive what we expect, and I think that adds a level of comfort for all of us for a decision that, quite frankly, none of us are excited to have to make."

This Sunday on Viewpoint, Tewalt also discusses other proposals and plans to ease the overcrowding pressure on Idaho's prisons, which includes efforts to stop former inmates from being sent back to prison for new crimes or parole violations.

Viewpoint is Sunday morning at 6:30 a.m. on KTVB NewsChannel 7.