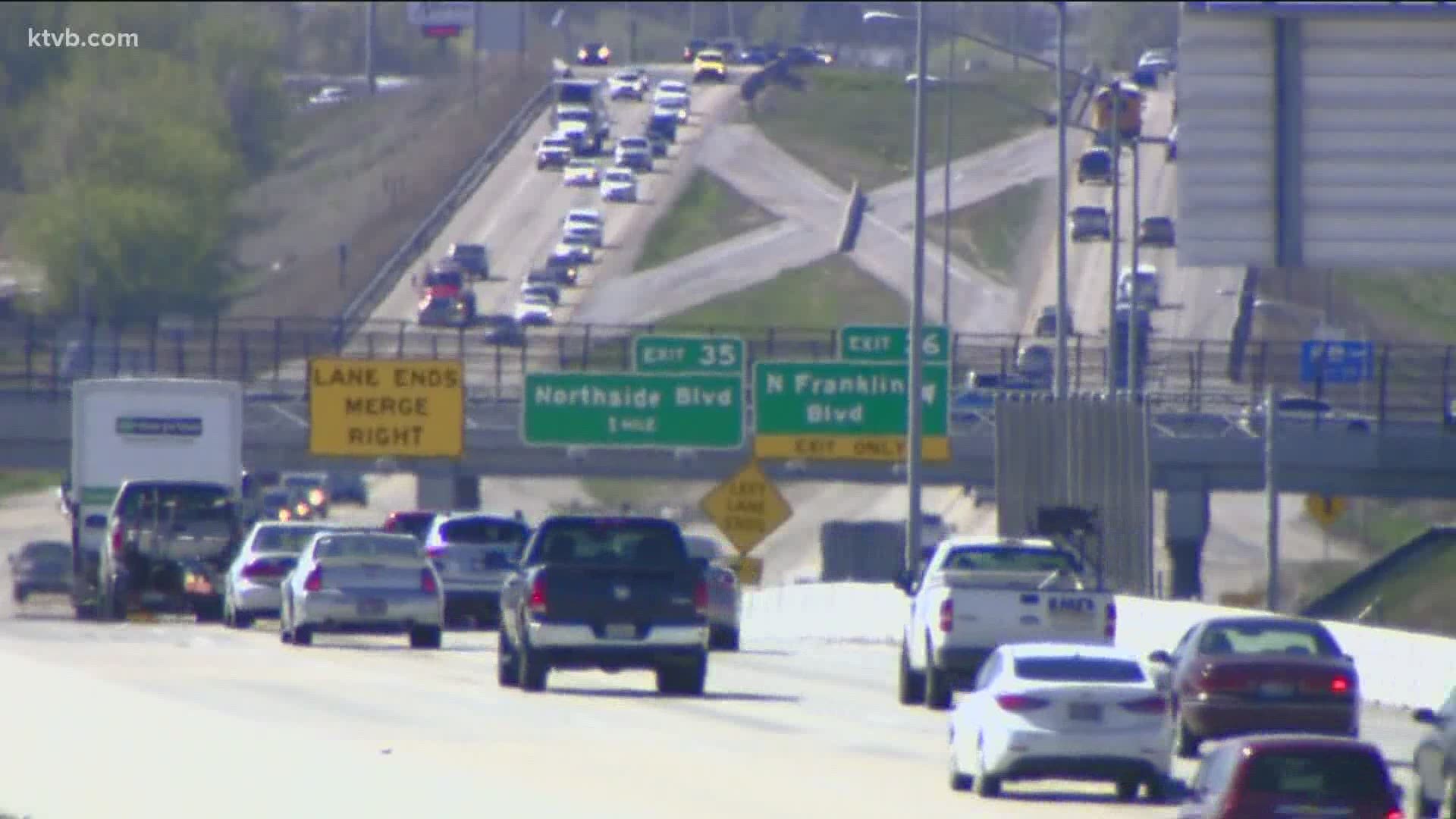 BOISE, Idaho — Idaho's rapid population growth puts a strain on many facets of life. That includes public services like fire and police, the housing market, schools, and of course, our roads. More people means more cars and trucks on our roads and bridges. That means more maintenance to do, more wear and tear to repair and the need to expand to handle the traffic. The fix? Construction. And that takes money.

It appears the Idaho Transportation Department will be getting more money for major roadwork. This week, the Legislature approved an additional $80 million a year for ITD to use for large infrastructure projects on the state highway system. According to the funding bill, the ITD amount allows for about $1.6 billion in bonding capacity over a 20-year period. The bill is now on the governor's desk.

"One of our challenges is the age of our infrastructure, the existing infrastructure," Ness said. "The second challenge is with the growth. That brings problems with traffic and accommodating that growth through our transportation system. Then the third piece would be trying to find workers. The economy is booming in Idaho and you see help wanted signs all over town, and certainly, ITD is looking for talent as well."

Ness says one of the major projects ITD is focusing on is extending Highway 16 the final several miles south from Chinden Boulevard to Interstate 84. This project has been in the works for many years. He says environmental work is finished, design work should be finished this fall, and construction could start by the end of the year.

"It's not something you're going to build in one construction season like some other projects that we're used to, but over the two or three-year time frame we may be able to see completion of Highway 16," Ness said.

Ness says other major projects on the list for the Treasure Valley include, Chinden Boulevard through western Ada County and Canyon County, Highway 44 toward Middleton and Star, and Highway 55 south of Nampa.

He is also closely watching the debate in Washington, D.C. over President Biden's $2.3 trillion infrastructure and jobs plan. This Sunday morning at 6:30 on Viewpoint he talks about what the plan could mean for Idaho, if it passes.