VERIFY: What to do when you see a dog left in a hot car

Many of you may have seen a post circulating on social media that basically says if you see a dog locked in a hot car, you are legally allowed to break the window. KTVB's Morgan Boydston looked into it and verified whether this claim is true. 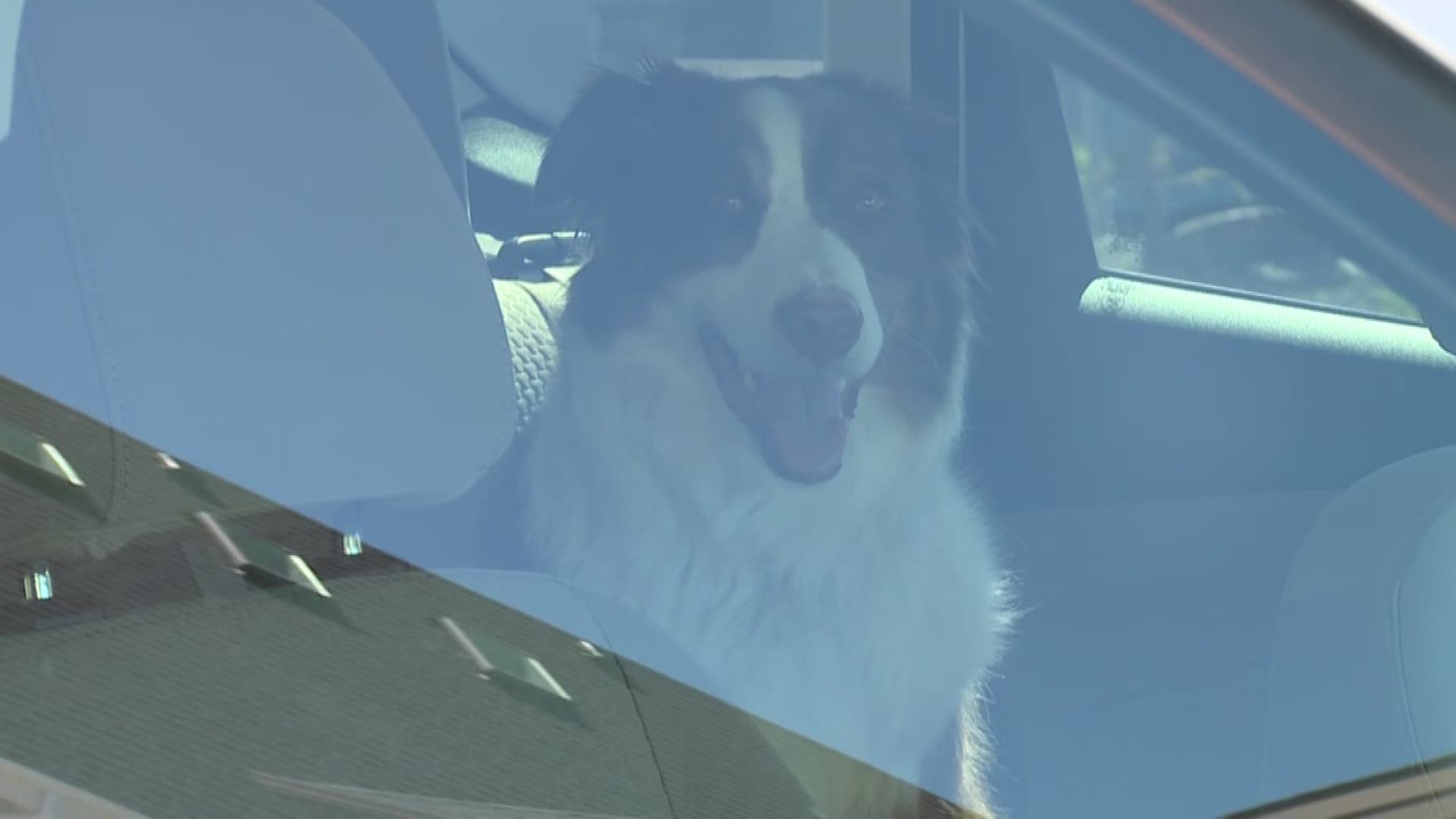 Many of you may have seen a post circulating on social media that basically says if you see a dog locked in a hot car, you are legally allowed to break the window.

KTVB's Morgan Boydston looked into it and verified whether this claim is true.

KTVB talked to Idaho State Police and the Idaho Humane Society to Verify whether the post is fact or fiction. We also researched information from the Animal Legal and Historical Center about what other state laws say.

Based on those sources, we found out the viral Facebook post is NOT true - particularly in the state of Idaho.

The post states, in essence, that 'the police' are now saying if you see a dog locked in a car in hot weather, take a picture of the dog and the car. If someone is with you, have them pull up the weather for your area on their smartphone so you can screen shot it. Then, break the window to get the animal out this way you won't be charged with criminal damage and it gives police evidence to press charges against the animal's owner.

"Each state is different in how it deal with laws pertaining to animals," Idaho State Police Capt. Bill Gardiner said.

According to the Animal Legal & Historical Center, "only 24 states have statutes that either prohibit leaving an animal in confined vehicle or provide civil immunity (protection from being sued) for a person who rescues an animal from a vehicle under certain conditions".

"Idaho is not one of them," Capt. Gardiner added.

Idaho State Police says if you damage someone else's property to get an animal out, it's not guaranteed you will be immune from criminal charges.

"Idaho does not have a law that protects people from damaging someone else's vehicle in order to save a dog," Gardiner said.

We found out: The rules are not black and white; actions and outcomes are situational.

"Each one is a case-by-case basis," the captain said. "The absolute last resort is to break somebody's window."

Police say if you come across a dog in a hot car and feel the need to do something, first check with the business the owner might be in. They may be able to call for the owner over the loud speaker. If the business cannot contact the owner, police advise you to call 911 or non-emergency dispatch.

"Let law enforcement make that decision," Capt. Gardiner said. "That should be the first call: the 911 dispatcher on the other end of the line will know what to do. They'll tell you how to handle it, they'll know if they have an officer or somebody close by."

"If a dog is panting heavily, lethargic, certainly they need to get that dog out," Idaho Humane Society spokesperson Allison Maier told KTVB.

In addition, take detailed notes of what you see. The viral social media post we mentioned above says take pictures and screen shots. In fact, police do say that can only help when officers get to the scene.

You can also notify animal control. The Idaho Humane Society says animal control officers responded to about 150 calls of dogs left in hot cars last year and they always see a spike starting this time of year.

Under Idaho's animal cruelty (animal care) law - Section 25-3504 you could be cited for leaving a dog in hot car. The statute also gives law enforcement or animal control officers the authority to "take possession of the animal cruelly treated and provide care," essentially allowing officers to break into cars to save pets.

"Each officer, deputy, trooper will look at every situation individually and it may mean that they get into the car themselves based on what they see," Capt. Gardiner added.

The overarching message: it is getting increasingly warmer and if you plan on shopping or stopping somewhere, leave your pet at home. Studies show cracking your windows won't cool the car enough to protect your pet.

Police say it is an entirely different discussion when talking about children left in hot cars. Police have suggested in previous interviews if you feel a child is in dire straits, you can break a window to get them out, but be careful with that.

(The dog you saw in the video is Morgan Boydston's dog and was used strictly for video purposes.)