In the latest TV attack ad, Brad Little goes after Republican opponent Tommy Ahlquist. We checked to see if the facts are true. 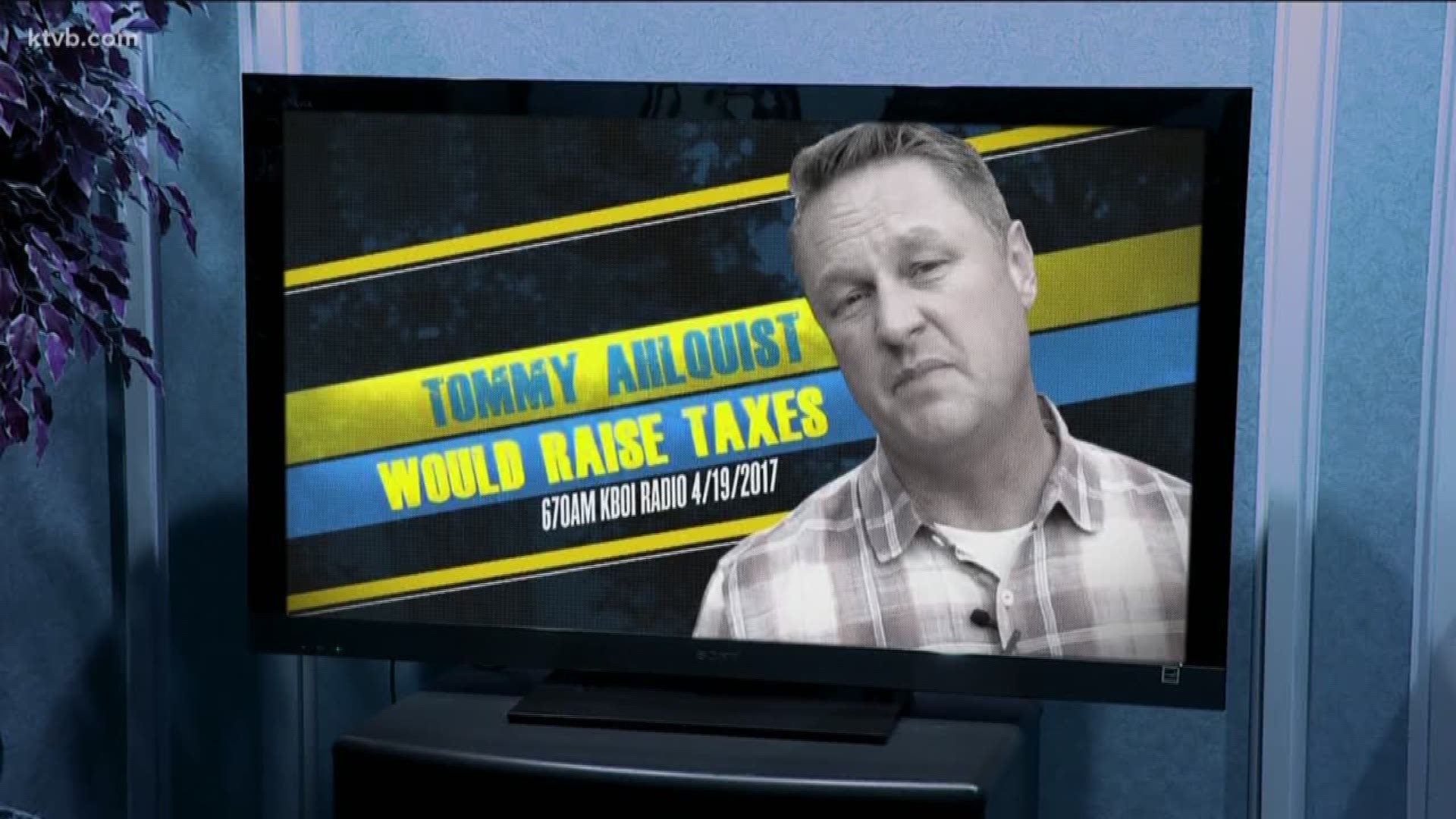 BOISE - The countdown to the May primary is down to five weeks and some of the candidates are turning up the heat.

And with that heat comes the mission of verifying if the claims being made in attack ads are factual.

We went through the ad claim by claim, and here is what we found.

Claim made in TV ad: "Boise developer Tommy Ahlquist is lying about Brad Little it's Tommy who'd would raise taxes on everything from farm equipment to haircuts."

The ad is referring to an Ahlquist radio interview last April in which they claim he said he wanted to raise taxes.

We listened to the interview and found he actually mentioned doing the opposite.

"Our taxes are too high, Nate. If you look at how we compare to the seven surrounding states, we're the highest in taxes and our achievements low in almost everything. We have got to find a way to lower our taxes in the state to become more competitive," said Alhquist.

In the same radio interview, getting rid of tax exemptions for farm equipment and haircuts are not ever talked about specifically, but Ahlquist does mention about wanting to get rid of some tax exemptions. But only as a part of his tax plan that he says is aimed at lowering taxes overall.

"If you pull up the tax code and look at all the exemptions that are there, I think we flatten the tax and broaden the base through getting rid of exemptions," said Alhquist.

Claim: "That's what you would expect from a Democratic donor who didn't vote for Trump."

Both of these claims are factually true. But, here’s the context.

Over the years, Ahlquist has donated to both major parties. His donations to Republicans far exceed the amount he has given to Democrats.

Ahlquist’s donations to Democrats include giving money to Boise Mayor Dave Bieter and Democratic gubernatorial candidate A.J. Balukoff. We spoke with Ahlquist about his donations to Balukoff shortly after he announced his bid for governor.

"A.J. and Suzie Balukoff, if you know them, are two of the greatest people you'll ever meet in your life and so I gave A.J. some money, but I voted for Butch. I'm a Republican," said Alhquist.

On voting records, the ad is correct, Ahlquist did not vote for Donald Trump for president. According to the radio interview we mentioned earlier, he voted for another Republican instead.

"Who did you vote for in the last presidential election?" asked the radio show host.

"I wrote in Marco Rubio in the last presidential election," replied Alhquist.

According to information from the Idaho State Tax Commission, the 2006 Property Relief Act reduced property taxes by $253 million. As a member of the Idaho Legislature, Little did vote for the tax cut, however, some would call it more of a tax shift.

To make up for school budgets, the state sales tax was increased by one cent, that cost taxpayers an estimated $210 million in the first full year. So the net cut was only $43 million in tax relief, which overall is not the largest tax cut in state history.

Claim: "As your lieutenant governor I cut my budget every year, saving taxpayers money."

While state records show the budget for the lieutenant governor’s office did go up each year, they also show that expenditures were less than the money appropriated, meaning Little's office spent less than what was allocated each year. So we can verify that Brad Little did routinely cut money from his budget.

KTVB reached out to the Ahlquist campaign. His campaign manager David Johnston sent us this statement:

"Unable to defend his record of supporting tax increases and increasing his own pay, Brad Little is becoming desperate and falsely attacking conservative outsider Tommy Ahlquist who will bring new ideas, a fresh approach, and shake up the status quo just like President Trump."