VERIFY: How effective is the flu shot?

We wanted to find out why the flu is so bad this season and does the flu shot actually help. 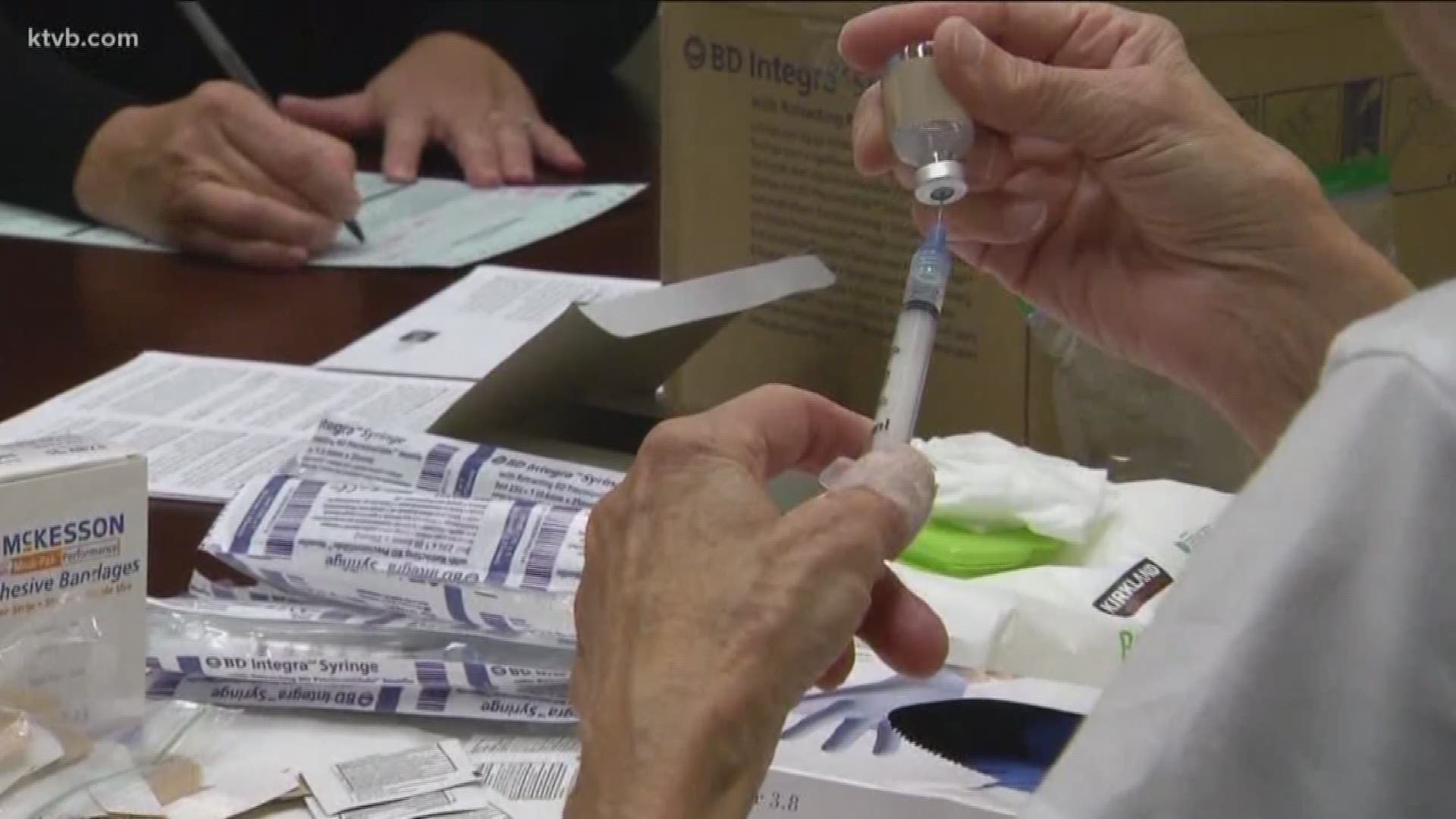 An early and aggressive flu season is spreading throughout Idaho, and the flu-related death toll is climbing.

Sixteen new deaths were reported just this past week, bringing the season total to 39 flu-related deaths. The average total is 23 deaths per season.

So we wanted to find out: why is the flu so bad this year? And does the shot actually help?

We're right in the middle of flu season when the number of cases start peaking, so it's too early to say just how effective this year's vaccine is. But health professionals say your chances of getting the flu decrease and if you do get the flu, it won't be as severe.

"What we've seen this year is an early rise in our flu deaths. We don't know how rest of the season is going to go but we're concerned enough that we are recommending to people it is a good time to get your shot if you haven't done so already," Dr. Hahn said.

You hear that all the time from health professionals. But if you're skeptical, you might be wondering why the push and what's the science behind it?

"Every time it grows in a human, every time it spreads from person to person, there are slight genetic changes that it's making all the time," Dr. Hahn said. "There's lots of strains out there that we're trying to protect people from. Every year what happens is the World Health Organization (WHO) and the CDC (Centers for Disease Control and Prevention) work together to see what flu strains have been circulating over our summer in the Southern Hemisphere so we can maybe predict what we're gonna be seeing."

"What we're seeing now is that all four of the major subtypes of influenza are circulating in Idaho. The predominant subtype we're seeing is influenza AH3," Dr. Ball said.

"The vaccine includes either three or four strains depending on what vaccine you get," Hahn added.

A KTVB crew headed to the lab where virus samples are tested from across Idaho.

"We collaborate with providers throughout the state and we provide surveillance for the subtypes of flu that are circulating throughout the state of Idaho and contribute that data to national and international database that's used to help select vaccine components," Dr. Ball told KTVB.

Ball says the state influenza coordinator works with 'influenza-like illness sites' throughout Idaho. Providers voluntarily submit samples from people that have flu-like sickness, send samples to the lab, and the lab tests those samples using molecular techniques to determine the subtypes of flu circulating in Idaho.

"It allows us to contribute data to global efforts to prepare and distribute vaccines that will be effective in easing the burden of influenza globally," Ball added.

You might be hearing this year's vaccine is only about 10 percent effective, based on data out of Australia.

KTVB verified that with public health professionals and they say that's NOT the case here.

Experts say the predominant strain we're seeing is similar, but slightly different than what they saw down under.

"And we expect the vaccine to work better here though. The CDC has done the best job they can so far. It looks like a good match, they're continuing to work on the science. We won't know for sure until next spring how well the vaccine worked. That's the problem: we are collecting the data real-time, saying how many people are sick with the flu? And we don't really know till towards the end of the season how well that flu shot did," Dr. Hahn told KTVB.

Good news though: scientific brains are expecting this year's vaccine to be about 30 to 40 percent effective.

But if the shot isn't going to protect you fully, why get it?

"It readies your immune system in the event that it gets challenged with that virus," Ball said.

"Even if you get the flu it might not be as bad," Hahn added. "Seatbelts reduce your risk of death by about half. Most people would say that's good enough for me. I would think if you're at risk of serious influenza, if you're somebody who's got lung problems, you've got health problems, your immune system isn't strong, that any reduction should be a positive and should be something to consider."

As we mentioned earlier, there were 16 new flu-related deaths reported just this past week. Idaho Department of Health and Welfare data shows most are in northern Idaho, but some are happening here in the Treasure Valley, too. The virus is more severe in elderly people and really young children, but data shows there have been two deaths in the 18-49 year old category.

If you're wondering, it's not too late to get your shot. Flu season typically lasts until May. But you should know it takes about two weeks for you to build antibodies.