The new TV ad is paid for the Idaho First Political Action Committee, a group that supports Tommy Alhquist. 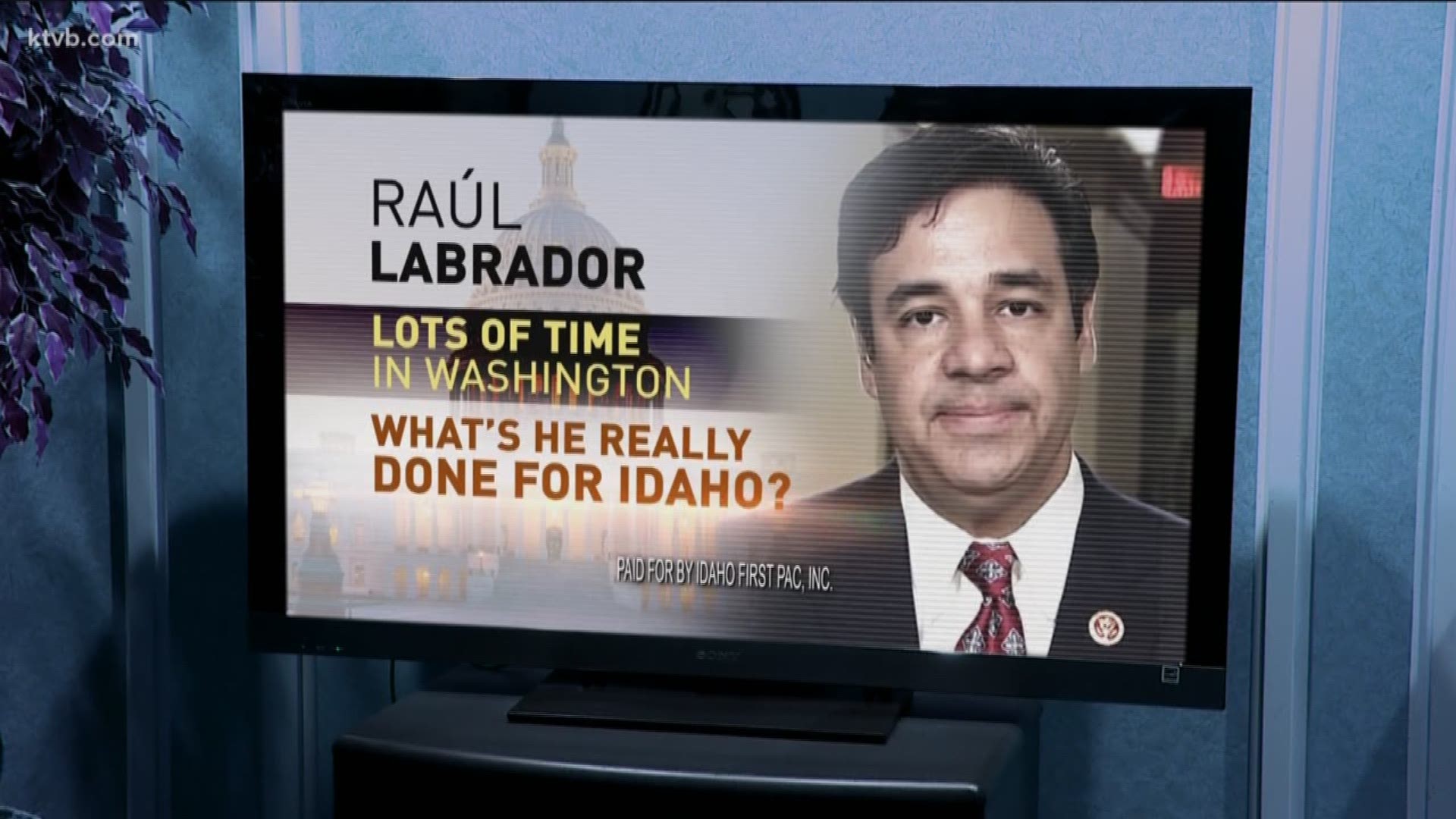 BOISE - Continuing our Ad Watch series to verify claims made in political advertisements in Idaho’s governor's race, we are now looking at an attack targeted at Republican gubernatorial candidate, Congressman Raul Labrador.

The advertisement is paid for by the Idaho First Political Action Committee. A group supporting Boise businessman and Dr. Tommy Ahlquist, but not officially affiliated with his campaign.

The advertisement is very similar to another Labrador attack ad they put out earlier this month, but now they have updated and clarified some of their claims.

The first claim in the advertisement says, "All those years in Washington and nothing to show for it. Check for yourself at the official online database of the U.S. Congress, not a single bill enacted into law names Labrador as the sponsor."

According to Congress, Labrador has not solo sponsored any legislation that became law on its own.

For context, single-sponsored legislation going on to be law on its own does happen, but it is very common that successful legislation is co-sponsored.

We went through all 64 bills that have passed during the current session of Congress and found a large majority of bills signed into law had at least one co-sponsor on it.

Comparing Labrador's record to Idaho's other congressmen during their careers, In terms of successful solo-sponsored legislation, Sen. Mike Crapo has 7 bills, Sen. Jim Risch has 1, and Rep. Mike Simpson has 10.

Labrador has co-sponsored 19 pieces of legislation that did become law.

"It is really not the number of bills that is important, it is the people who have been affected who matter the most to me," said Labrador.

Speaking earlier this month at the Idaho Capitol, Labrador introduced Idahoans who were directly affected by three pieces of legislation that he introduced that ended up becoming laws after they were combined with other legislation.

However, according to the official congressional voting record, Labrador did vote against two of his own bills because they were grouped with legislation he was not in favor of.

Another claim in the advertisement says, "Labrador lists his major accomplishments in Congress as signing on to bills naming a post office, creating commemorative coins, and awarding a gold medal to a famous golfer."

The ad is claiming that Labrador hasn't been a part of meaningful legislation, but that is up for voters to decide.

Labrador, like many members of Congress, has co-sponsored ceremonial legislation, like awarding legendary golfer Jack Nicklaus a gold medal for his accomplishments and philanthropy. About half of Labrador's co-sponsored legislation falls under the category of ceremonial or commemorative legislation.

Among other things though, some Labrador co-sponsored legislation outside that category includes being a part of the Stolen Valor Act, the 2017 Veterans Educational Assistance Act, and the Indian Trust Asset Reform Act.

In response to the advertisement, the Labrador campaign sent us a statement that says in part,

“Tommy Ahlquist, his Father’s PAC, and his Never-Trump friends just can’t get their story straight. They initially said that no bill sponsored by Congressman Labrador became law. And now, after Congressman Labrador set the record straight and showed that over 20 bills he sponsored became law, Tommy and his friends doubled-down on their lies about Raúl’s record. Their latest ad shows either a total ignorance about how the legislative process works in Washington, DC or a complete willingness to say anything to get him elected. Either way, Tommy’s dishonest campaign tactics show he is unworthy of the Governor’s office.”