Verify: Are electromagnetic fields harmful to your health?

We set out to determine if our brains really are being zapped by cell phones and all the other electronic gizmos we use every day. 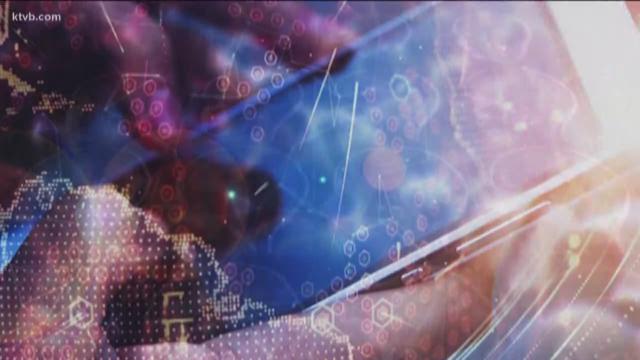 Light is electromagnetic radiation in its most familiar form. The sun puts out EMF's and is naturally occurring. What's changed is all the man-made EMF's from devices we use constantly, like cell phones and tablets.

"It's all over the place," said Ehab Marji, who is an associate physics professor at the College of Western Idaho. "EMF waves have been in the universe since the beginning."

We continue to create more, though, with medical equipment, smart meters and lots and lots of wireless devices.

"So it's a different ball game," said Dr. Jennifer Anacker, who is a Treasure Valley Chiropractor.

Dr. Anacker believes the increase in EMF's is concerning because the radiation we're receiving is getting more intense.

"I think the technology is so rapid we haven't had the time or looked into it like we should," said Anacker. "How are these products affecting our health?"

The conversation is happening in more and more countries, including France. In an effort to decrease EMF exposure schools must turn off Wi-Fi when not in use there; it's not allowed at all in nurseries or preschools; libraries have gone back to wired technology.

"Your body can only handle so much," said Anacker.

But can we actually get sick from the radiation? Kim Dandurand says absolutely. He founded a company called Aulterra in Hayden, Idaho, that aims to decrease potential health risks.

"It's only recently that technology is catching up to measure these things so for me it's been a long fight getting conventional science to back it up," said Dandurand.

Dandurand showed us a video of a blood sample being taken from someone before talking on a cell phone, during, and then after. When a shiny dot called "The Neutralizer" is put on the back of the phone the change in blood cells appears to be immediate.

"So all we've done is really cause EMF's to change enough so the body sees them as non-threatening so it doesn't try to protect itself," said Dandurand. "They move through without doing any harm."

Two decades ago Dandurand created what he calls the Whole House Plug as well. He says it re-tunes the wiring and helps prevent outside EMF's from getting inside the house.

"I think that's the biggest part of what I was after and trying to do: create a product, in a medical term, that would do no harm," said Dandurand.

Could these products actually work?

"You can have EMF-free zones," said Marji. "You can live in a metallic cage."

Marji admits, though, that it is possible to block some of them. He says sunscreen is the perfect example. He's just not sure EMF neutralizer products are necessary or deliver what they claim. Anacker says she has felt the proof.

"A classic scenario is you have your cell phone to your ear and there's a warmth that occurs. It's a symptom or by-product of having your phone at your ear," said Anacker. "Putting something as simple as a neutralizer on your phone and you won't have that anymore. So you have to start to ask the question: 'Why is that going on and why is that different?' That alone is telling you the product is working because you're feeling something different."

Anacker uses a product out of England similar to the Idaho-based "The Neutralizer."

"I think for clarity, being alert, less fogginess, or just not feeling as tired after phone calls," said Anacker.

She now makes them available for her patients. She says no matter what you believe, taking some steps to decrease your EMF exposure certainly won't hurt.

"You know, no one can live in a bubble, but we have to ask ourselves: 'What stressors can we change?'"

She says that can be just turning off your Wi-Fi when you're not using it, turning your phone off or on airplane mode at night, and limiting tablet use for your family.

We verified EMF exposure can be harmful, but the actual effects of man-made EMF's are still unclear. Everyone we talked with agrees more research needs to be done. In fact, the World Health Organization agrees as well. It has formed the EMF project to collect more research.

Here are some links to more information on this topic that is certainly not going away any time soon:

Centers for Disease Control and Prevention