The request comes after a hospital employee had a vape pen explode in the parking lot. 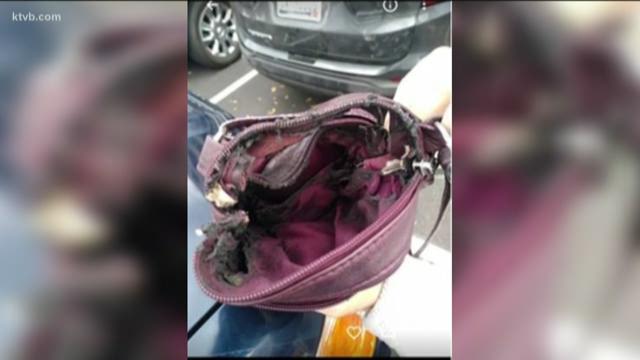 From 2015 to 2017, more than 2,000 people visited emergency rooms across the United States for e-cigarette burns and explosion-related injuries, according to a study from the BMJ Medical Journal.

On Thursday, St. Luke's Medical Center announced a big change after one of their employees experienced their own vape pen explode.

“This situation is kind of unusual,” said St. Luke's Medical Center’s Senior Director of Security Abbey Abbondandolo. “We had an employee who was speaking with security officers in the parking lot and while she was speaking with them, her purse that was over her shoulder, started to smoke and then absolutely caught on fire.”

“I have to admit I was unaware of these kinds of random fires that come from these things and I think it's a learning experience for all of us that the possibility exists,” Abbondandolo said.

Last month's incident has now prompted the hospital to ask patients and employees at St. Luke's across Idaho to leave any vaping devices at home because of the fire risk.

“After that occurred we have really taken a deeper look at the safety issues surrounding these devices and it has to do with the batteries inside them,” Abbondandolo said.

This announcement from St. Luke’s came Thursday during what’s considered the ‘Great American Smokeout,’ a day when thousands of people across the country are pledging to quit smoking and vaping.

“We operate in a very controlled environment, the hospital environment and the last thing that we want is something coming in from the outside that's a potential fire hazard,” Abbondandolo said.