It happened at the Ross Falls Trail. Forest Service officials are asking for the public's help in locating the culprit. 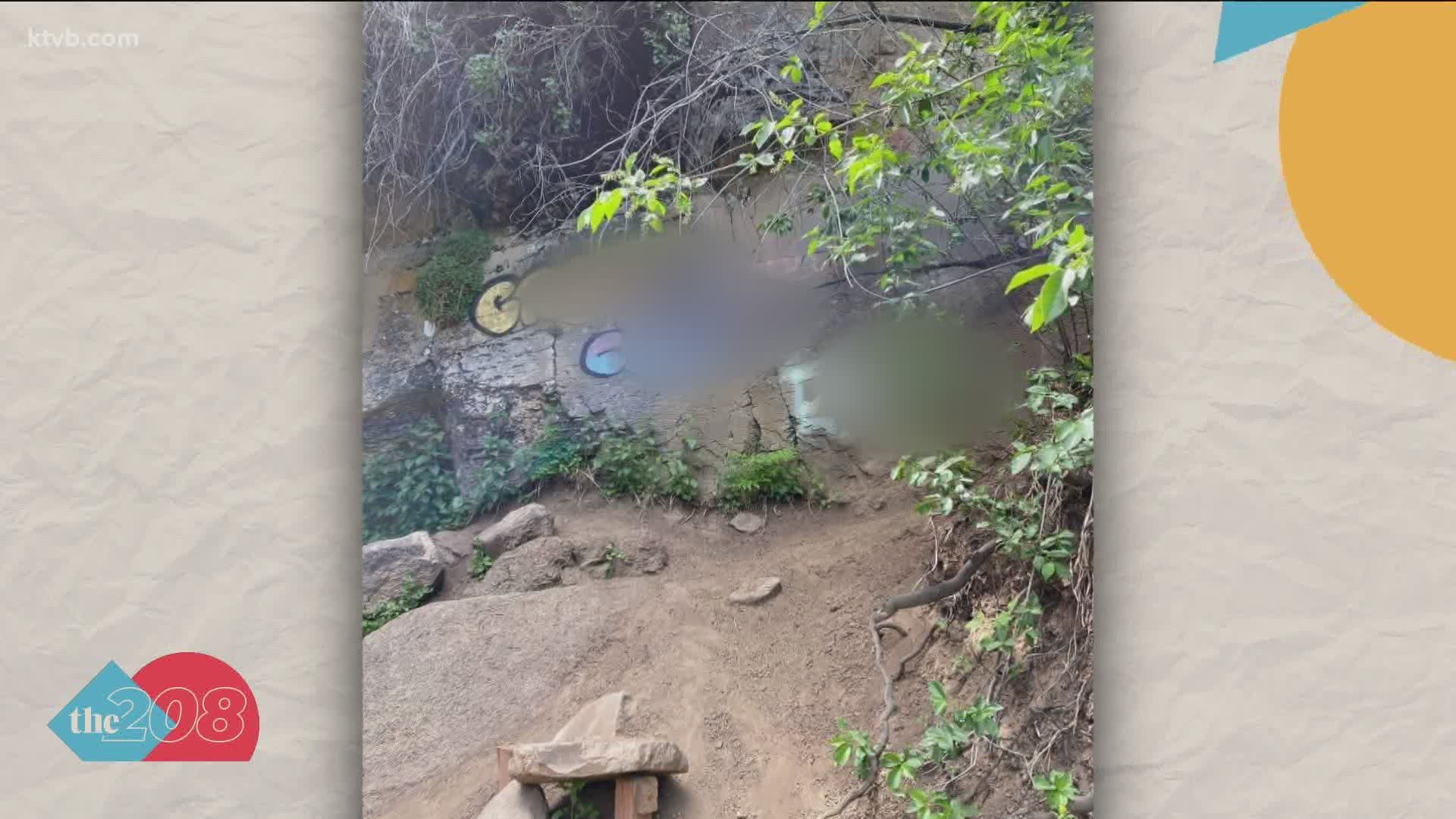 BOISE, Idaho — Another sad story to report about abuse on Idaho's public lands.

We told you last month about people leaving their trash at the public restrooms at Kirkham Hot Springs near Lowman.

Forest Service crews have since cleaned up the mess, and are now asking the public to keep the site as clean as they found it.

A reminder to pack it in, and pack it out.

The Sawtooth National Forest posted on its Facebook page Tuesday that someone has sprayed graffiti on the rocks along the Ross Falls Trail. That's located just north of Magic Mountain Ski Resort in the Magic Valley.

A Forest Service spokesperson told KTVB that it likely happened over the weekend. The graffiti also extends into in the trail itself, as well as some bathrooms.

This happened at the City of Rocks back in 2020.

Crews actually had to use special chemicals to remove the graffiti as to not damage the rocks.

We like to say this is "so not Idaho."

But unfortunately, maybe it is because it continues to happen.

If you have any information on who might have done such a deed, you are asked to contact the Twin Falls County Sheriff's Office.