The national reserve features emigrant signatures that were written in the 1850s when people were traveling to California for the gold rush. 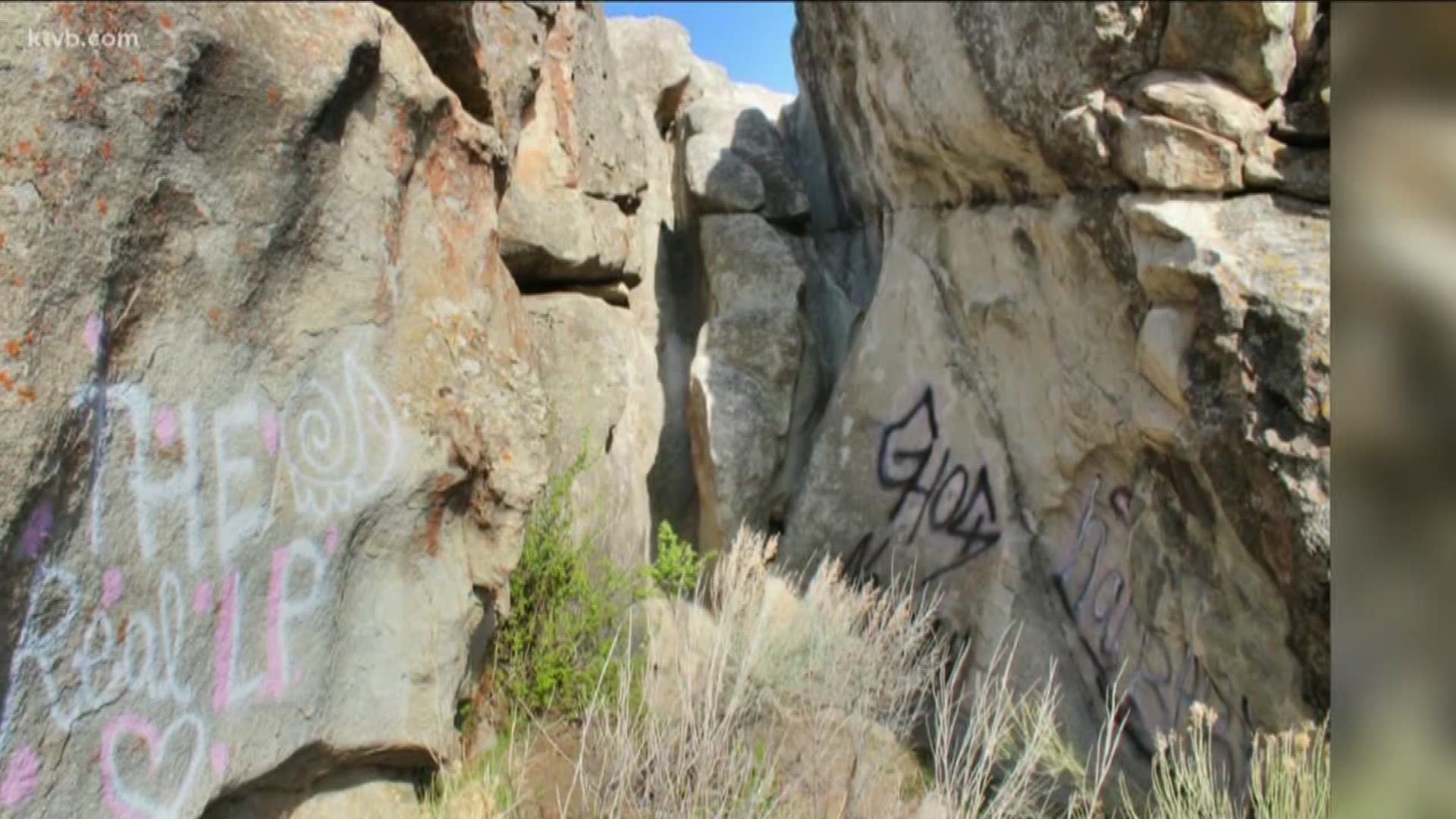 BOISE, Idaho — The City of Rocks National Reserve's famous emigrant signatures from the Oregon Trail area and prehistoric pictographs were vandalized sometime over the weekend, according to the reserve.

The graffiti includes "LOVE GOD!" spray-painted right below some emigrant signatures and "THE  Real LP" with what appears to be a snail and a heart below it.

Officials at the national reserve want anyone with any information about the graffiti, including any rumors about a possible party, seeing a suspicious vehicle there, or visiting the reserve over the weekend and not seeing the vandalism.

Anyone with any information is urged to contact the park's superintendent at Wallace_Keck@partner.nps.gov or call and leave a voice mail at 208-824-5911.

The City of Rocks features emigrants' signatures that they wrote into the rocks when they were traveling westward towards Oregon and California during the Gold Rush.

Some of the signatures at the reserve date back to the 1850s and journal entries from emigrants that describe the unique geological feature date back to August 3, 1849.

The 14,407-acre park is located near the historic town of Almo, which is south of Burley, near the Idaho-Utah state border.

WATCH BELOW: Climb to new heights and see all that City of Rocks has to offer | Exploring Idaho 360