The Coconino County Democratic Party posted a photo of Ducey wearing Nike days after he pulled financial incentives for the company to build a facility in Goodyear. 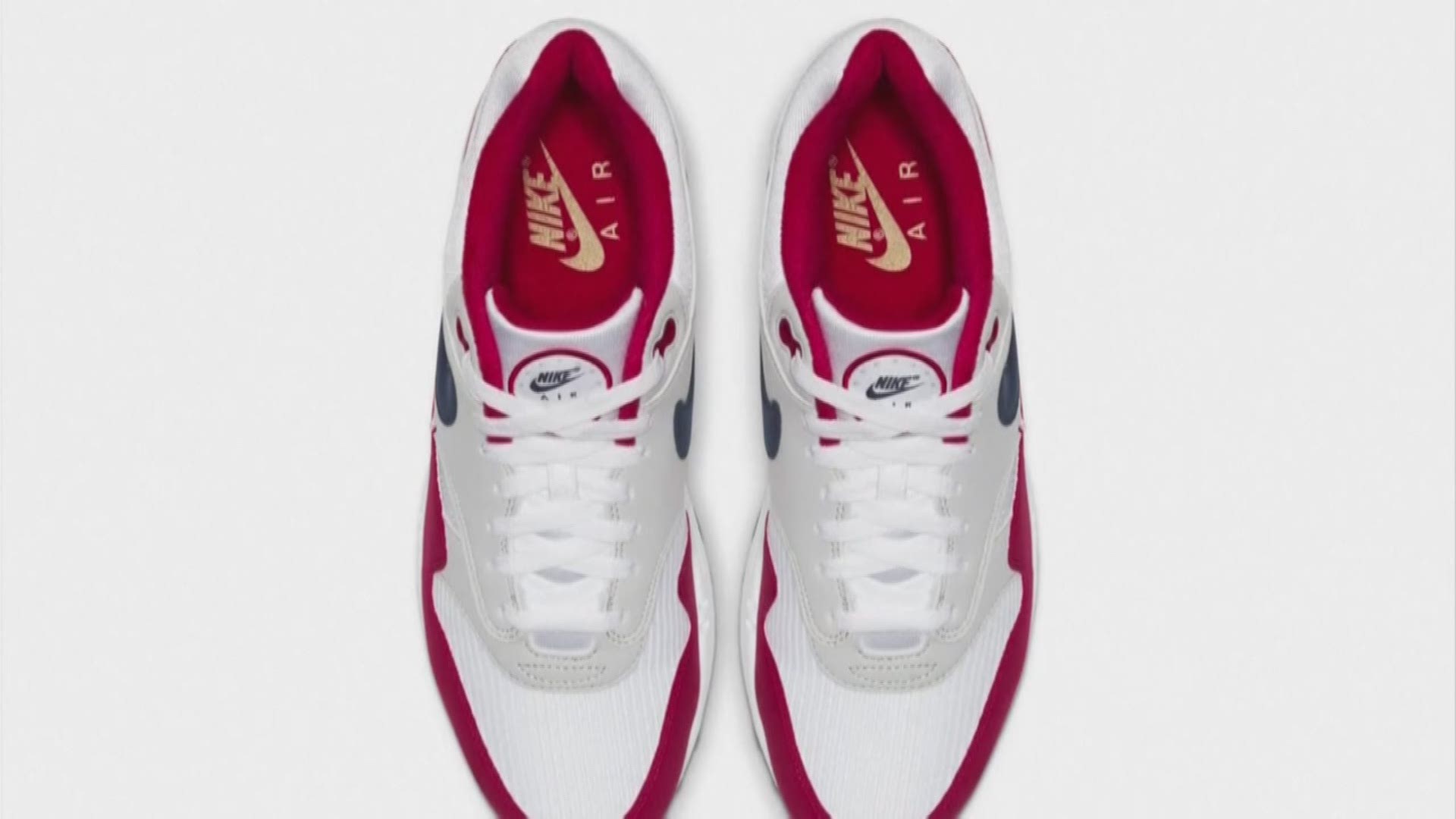 PHOENIX — Editor's note: The above video is from a Tuesday evening newscast.

An Arizona county Democratic party called out Gov. Doug Ducey for wearing Nike shoes at a Fourth of July event Thursday, days after the governor pulled financial incentives for the company to build a manufacturing plant in Goodyear.

"Wow, @dougducey standing on principle wearing his Nikes for the 4th of July. #nikeboycott #Nike," the post read.

It was not immediately clear when and where the photo was taken.

In an emailed statement to 12 News, the governor's spokesman Patrick Ptak waved off the #Shoegate controversy.

"But this story was about our flag and our founding. The governor didn’t call for a boycott. He didn’t even say the company wasn’t welcome to do business in Arizona. He said we should be respecting our flag, our history and Betsy Ross."

While the brand of shoes that Ducey sports is not typically newsworthy, the photo was posted two days after the governor directed the state commerce authority to remove financial incentives for Nike to build a facility in Goodyear.

The move by Ducey to pull the money was in response to a decision by Nike to pull a shoe that featured the original Betsy Ross-designed American flag.

“Nike has chosen not to release the Air Max 1 Quick Strike Fourth of July as it featured an old version of the American flag,” the company said in a statement.

In an early-morning Twitter thread on Tuesday, Ducey slammed Nike for the decision, saying it was "terrible" and he was "embarrassed" for the company.

"Nike is an iconic American brand and American company. This country, our system of government and free enterprise have allowed them to prosper and flourish," part of the thread read.

PREVIOUSLY: What is the controversy over the Betsy Ross flag between Doug Ducey, Nike and Colin Kaepernick?

"Instead of celebrating American history the week of our nation’s independence, Nike has apparently decided that Betsy Ross is unworthy, and has bowed to the current onslaught of political correctness and historical revisionism."

"I’ve ordered the Arizona Commerce Authority to withdraw all financial incentive dollars under their discretion that the state was providing for the company to locate here," Ducey said in a Twitter thread early Tuesday.

The announcement came the morning after Goodyear approved a $2 million incentive plan for a Nike facility to open in the city.

The Arizona Commerce Authority confirmed the move, saying in a Tuesday statement that it was withdrawing an up to $1 million grant at the direction of the governor.

The money, however, is "purely discretionary," the commerce authority said in a statement.

Goodyear Mayor Georgia Lord said Wednesday that the city would honor its commitment to Nike.

"It has been a focus of the Goodyear City Council to build a strong economy for years to come and we will continue to work hard to bring the kind of high-quality jobs that our residents deserve," she said.