Washington's border with Canada reopening to vaccinated travelers on Nov. 8

It's welcome news for the town of Point Roberts, Wash., which is cut off from the rest of the state and has been struggling to survive without Canadian tourism. 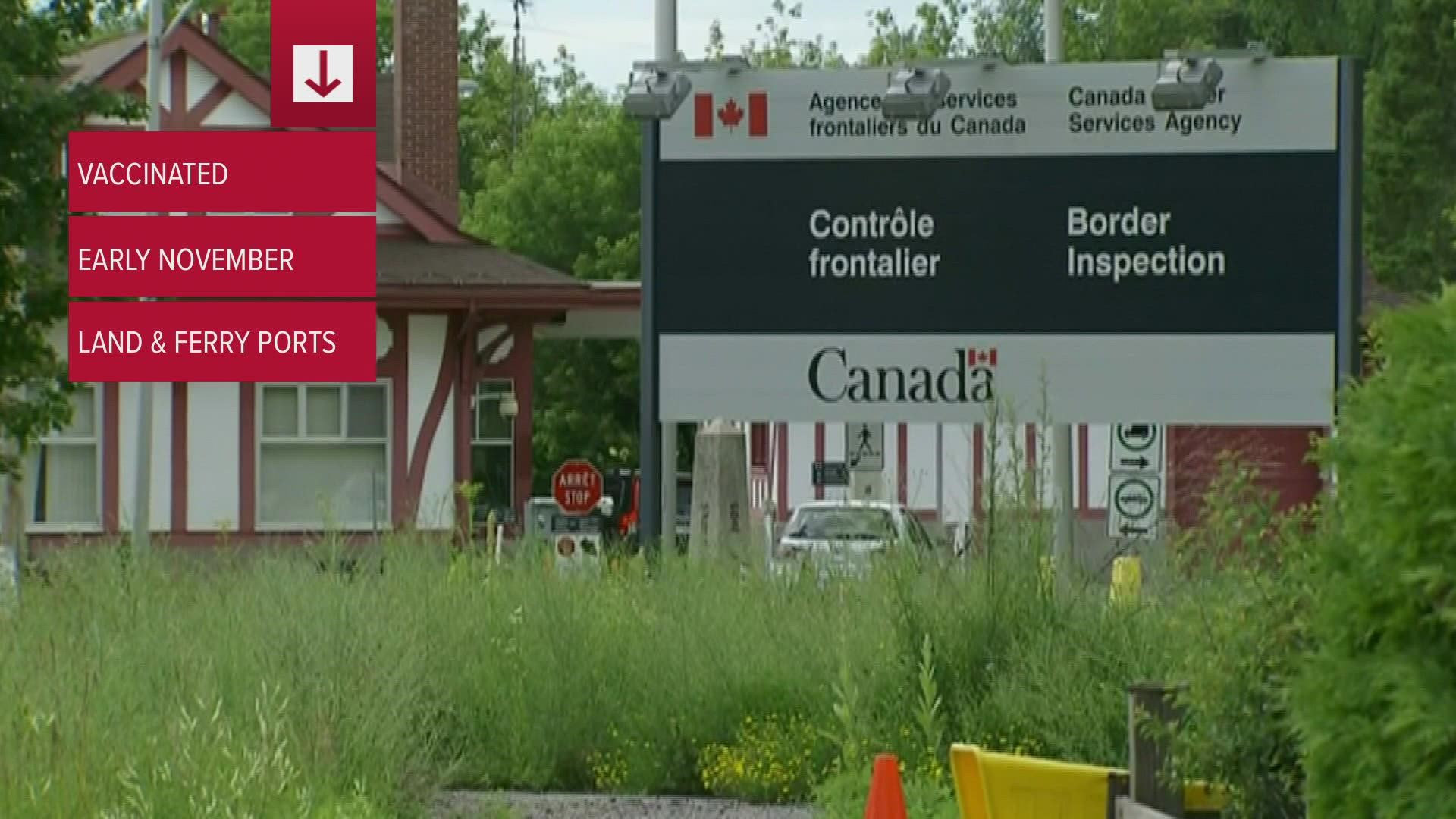 SEATTLE — Washington's border with Canada will reopen to travelers who are fully vaccinated against COVID-19 on Nov. 8, according to White House Assistant Press Secretary Kevin Munoz.

The announcement comes after a 19-month freeze, which has devastated the economies of border towns that rely on tourism to stay afloat, such as Point Roberts in Washington state.

The small American exclave is surrounded by water on three sides and is 50 miles from the nearest U.S. city of Bellingham. Point Roberts can only be accessed by land via Canada and two international border crossings.

"With the third busiest crossing on the Canada border, the State of Washington’s economy suffers when Canadians are unable to travel to the United States. This announcement will provide great relief to those waiting to see friends and loved ones from Canada, and to businesses in Point Roberts and other northern cities and towns hurting due to the decline in Canadian tourism," said Washington State Sen. Maria Cantwell (D-WA) in a statement.

Leaders in Point Roberts have said the town has a slim chance of surviving without the border reopening, sooner rather than later.

Several Washington state lawmakers have tried to get an exemption for Point Roberts over the last several months, but nothing has come through.

Congresswoman Suzan DelBene (WA-01), who has pushed the Trump and Biden administrations to safely reopen the border since August 2020, said, “border communities can finally see the light at the end of this long, dark tunnel,” but added border communities still need support.

“This is just the start of the next chapter,” said DelBene in a statement. “For many border communities, especially Point Roberts, they will need additional support and resources to build back better and I will continue to champion their voices in Congress.”

In a statement Tuesday, Washington State Sen. Patty Murray praised the decision to reopen the border but said she is frustrated that an exemption hasn't been given to Point Roberts, which will still have to wait weeks for the border to officially reopen.

“This is great news for our border communities here in Washington state, especially for the people of Point Roberts who are almost entirely dependent on cross-border travel to sustain their local economy. After pushing for movement on this front for months, I’m glad to finally see the safe reopening of the US-Canada border," said Murray in a statement.

“However, I am still frustrated that—in all this time—a border exemption was not provided for Point Roberts. In fact, the next few weeks leading up to the reopening of the northern border will continue to be a challenge for this community. While there is light at the end of the tunnel, it’s clear that after months of economic calamity more must be done to make this community whole—and I will do everything in my power to support Point Roberts.”

Gov. Jay Inslee said Washingtonians have "long been ready to welcome back Canadians traveling by land," adding that it "should have happened sooner."

"Canada has one of the highest vaccination rates in the world, and Canadians were already allowed to travel to the U.S. by air throughout the pandemic," Inslee said in a statement. “The local economies of border communities in Washington and other states are connected to our friends across the border, and their recovery from the pandemic has been delayed by the border closure. I am proud of the work my office, the Department of Commerce, our congressional delegation, and other state and local partners did to help these communities persist through the unique circumstances put upon them by the pandemic."