UPDATE: CenturyLink internet has been restored, with latency issues lingering

The outage has been affected customers in Idaho and across the U.S. for much of Thursday and Friday. 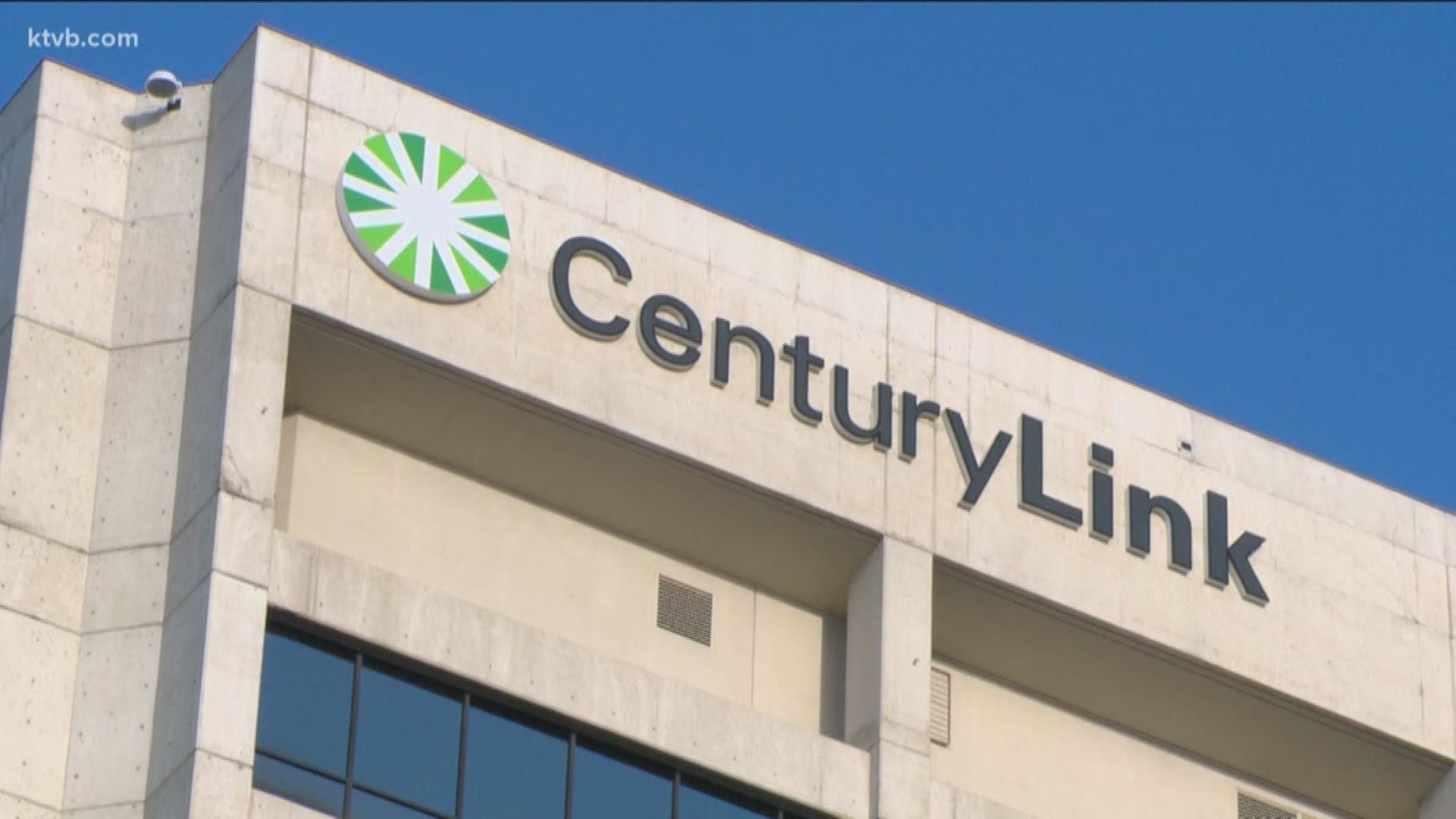 Centurylink tweeted out that all of their consumer services are now back online on Friday night. Connection issues with data transfer times for internet services will be addressed sometime overnight, according to the tweet.

911 services have been restored in counties across the Northwest. The outages to 911 services sparked calls from states and the FCC for an investigation.

CenturyLink officials were hoping to have a widespread internet outage restored overnight after possibly identifying the source of what left thousands of customers across the U.S. without internet service for over 24 hours.

As of 10 a.m. on Friday, the national outage was still impacting thousands. An outage map on downdetector.com showed a similar amount of outage areas as 24 hours earlier.

ORIGINAL STORY (12/27): Are you having trouble accessing your CenturyLink internet? Well, you're not alone.

Several Treasure Valley residents reached out to KTVB Thursday morning to report they had no access to their CenturyLink internet or in some cases, their phone services. Some KTVB employees experienced the outage as well.

A KTVB employee who uses the internet service provider called CenturyLink customer service. The customer service associate said they are aware of the outage for the 208 area code and technicians are working on a fix. He added there were similar outages in other states across the country.

Late Thursday night, the company said in a Twitter post that its engineers had identified "a network element that was impacting customer services" and estimated that service would be restored for most customers overnight.

"We are not selling tickets now, all of our credit card machines are totally internet dependent," said store manager John O'Neil.

Spokeswoman for the Idaho Department of Labor, Darlene Carnopis, says 11 local offices, including Canyon County, are without internet or phones.

"People who wanted to come in and look for a job or file for unemployment insurance won't be able to do that because the computers are not available," she said.

CenturyLink released a statement explaining that its network "is experiencing a disruption affecting customer services."

"We know how important these services are to our customers and we are working to restore services as quickly as possible," CenturyLink's statement continued.

Jessica Rosenworcel, a member of the Federal Communications Commission, said via Twitter that this was a "nationwide outage" and her agency needed to investigate.

It appeared that most of the trouble was in the West.

While Downdetector.com noted the majority of the reported problems were related to internet service, some were also having issues with their phone and cable.

TRENDING: Nearly 60 people arrested for DUI in the Treasure Valley over the Christmas holiday

The Idaho Statesman reports that the internet problems led to the temporary shutdown of phone services at the Idaho Department of Correction and the state's Department of Education.

There were reports of ATM machines not working in Idaho and Montana.

At least one Boise business was having to adjust its workflow Thursday morning amid the CenturyLink meltdown. The Record Exchange downtown posted a Tweet after they were forced to go old school to handle credit card transactions.

KTVB has reached out to CenturyLink corporate and is waiting for a response.

This is a developing story. Please check back with KTVB for updates.