The bear was last seen heading east toward Highway 21. 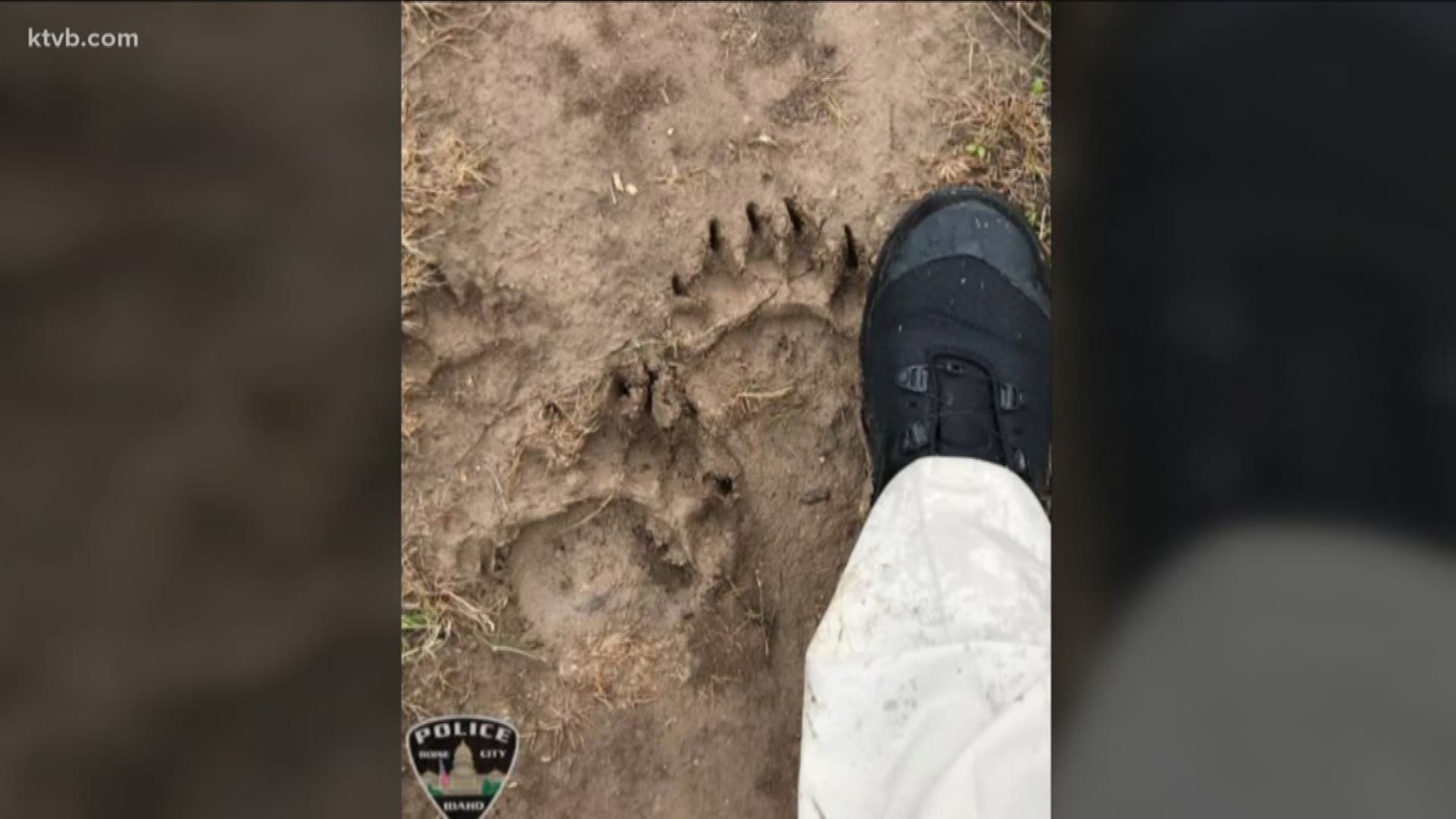 BOISE, Idaho — A black bear that caused a stir when it wandered into Boise Wednesday is still hanging around, according to the Idaho Department of Fish and Game.

The bear was seen Thursday morning near the diversion dam off of Highway 21. Fish and Game officers are continuing to monitor its movement, according to the department.

A groundskeeper at the Idaho Shakespeare Festival shooed the black bear away Wednesday after it made its way onto the festival's grounds off Warm Springs Avenue late Wednesday afternoon.

The bear had been wandering around southeast Boise all day. It was first spotted at about 8 a.m. in the Surprise Valley area between Micron and the New York Canal. It is believed to be a young black bear, approximately two years old.

Boise Police and the Idaho Department of Fish and Game responded and found the bear after the initial report. They were able to push it back towards the hills for a short time, according to officials, but then the bear returned, and was later seen wandering near the canal north of Surprise Way.

Residents are asked to be cautious but do not need to stay inside, officials say.

Fish and Game officers will continue to look for the bear. If it appears to be headed away from populated areas when they find it, it will be allowed to continue.

If the animal remains close to homes, however, the officers will attempt to tranquilize and relocate it. Officers may have to kill the bear if it cannot be safely tranquilized, according to officials.

Although not often spotted, black bear are common in the Boise Foothills and this part of Idaho. Boise occasionally has bears moving through during the fall months.

In the springtime, bears have just come out of hibernation and typically feed on new vegetation. It is unusual for a bear to come into the city to look for food this time of year, according to Fish and Game.

Anyone who spots the bear should not approach it, and is asked to notify law enforcement immediately.