No one was inside the home during the fire but four out of the five pets there did not survive. 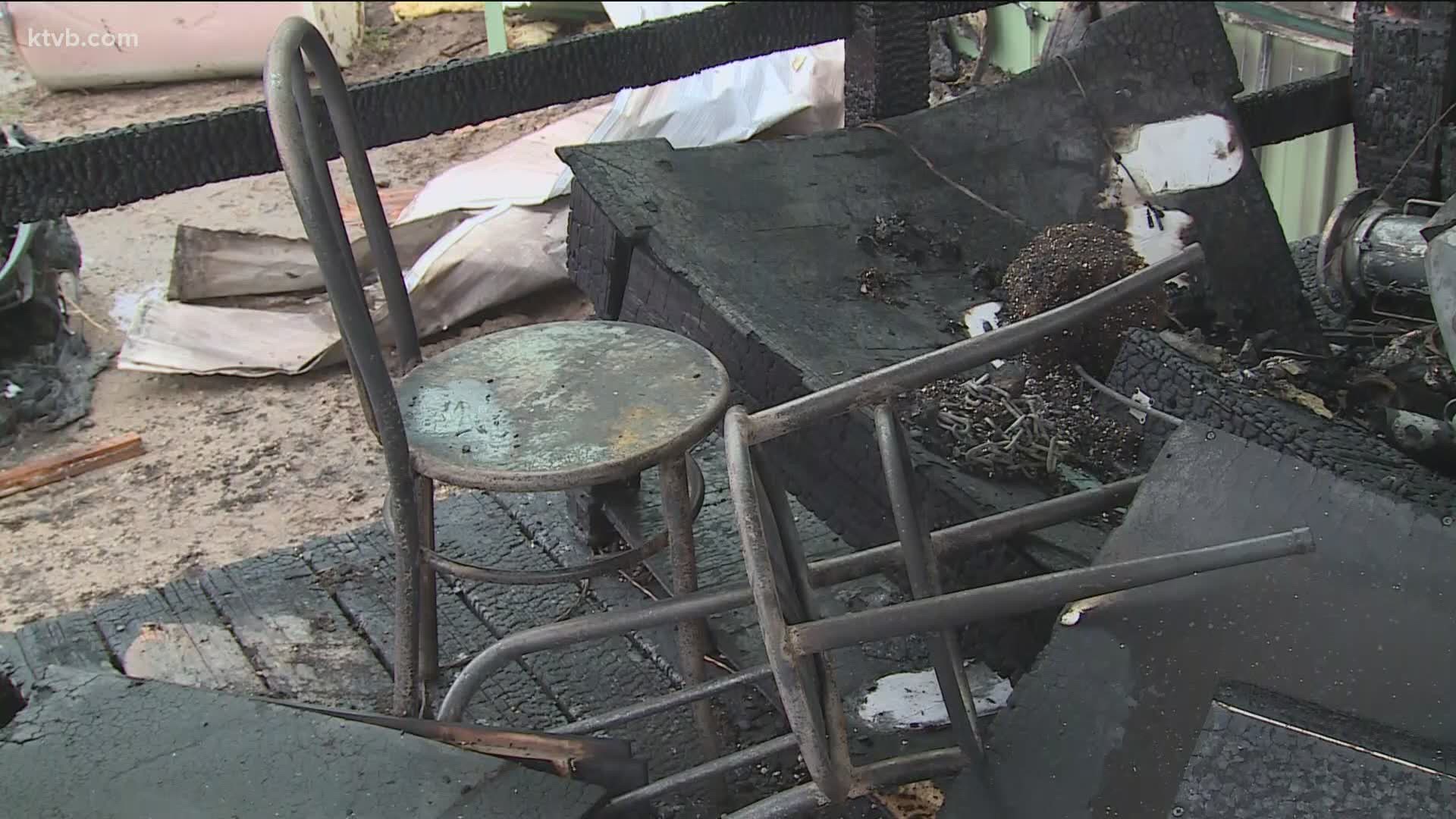 NAMPA, Idaho — A Nampa family lost everything after returning to their home fully engulfed in flames on Christmas Eve night.

The house fire happened on Barger Street in Nampa. The Nampa Fire Department got the call shortly after 10 p.m. on Christmas Eve.

No one was home at the time of the fire, but four of the five family pets did not make it out alive.

Homeowner Shannon Kildow said she went across the street to a neighbors house for ten minutes.

“We ran across the street, somebody wanted to celebrate for Christmas, wanted to buy us one drink I said five minutes, 'You got five minutes and I’m going home to put my turkey in the oven,'” said Kildow.

Her son, Chevy Buckner had just returned from a Christmas party with his Aunt when he saw the home fully engulfed in flames.

“I just booked it to the front door, I was calling their names, calling the animals names, right when I opened the door, it didn’t look like that much fire but it just blinded me, it burnt some hair off and I stumbled back because yeah, caught me off guard, I wasn't expecting that much smoke,” he said.

Chevy said he was able to break through his glass bedroom window and save their cat, Haze. But their dog, a dog they were watching for a friend and two cats, didn’t make it out.

“Koa, he went everywhere with us, we were gone ten minutes,” Kildow said. “I just wanted to come home and start cooking for Christmas I couldn't wait to spend the day cooking on Christmas."

Kildow said she landed her dream job this year and was finally able to afford their new home. Her son and she lived in the home for only five months.

“It’s taken me a long time to get to this point and to be okay and to worry about where we were gonna go, or if we could afford it, I thought we were going to be here a long time,” she said.

A lifetime spent working towards a new washed away with the memory of four pets. A Christmas Eve tragedy that Kildow said sometimes she thinks it could have been prevented.

“My woodstove needed to be fixed, I had reached out to try to get it fixed the day before, but I hadn’t done it in time so, I probably could have,” she said.

In a statement sent to KTVB, Deputy Chief Ron Johnson with Nampa Fire Department said "Investigators determined it was an accidental fire caused by an open front fireplace left unattended”.

If you would like to donate to the family, a GoFundMe page can be found here.

WATCH BELOW: Allergic reactions to COVID-19 vaccines are rare but could be caused by the ingredients used