'You're ripping off the tops of the trees': Plane crash survivor describes plunging into Gifford Pinchot National Forest

The plane crashed during a flight from Bend, Ore. to Vashon Island, Wash. 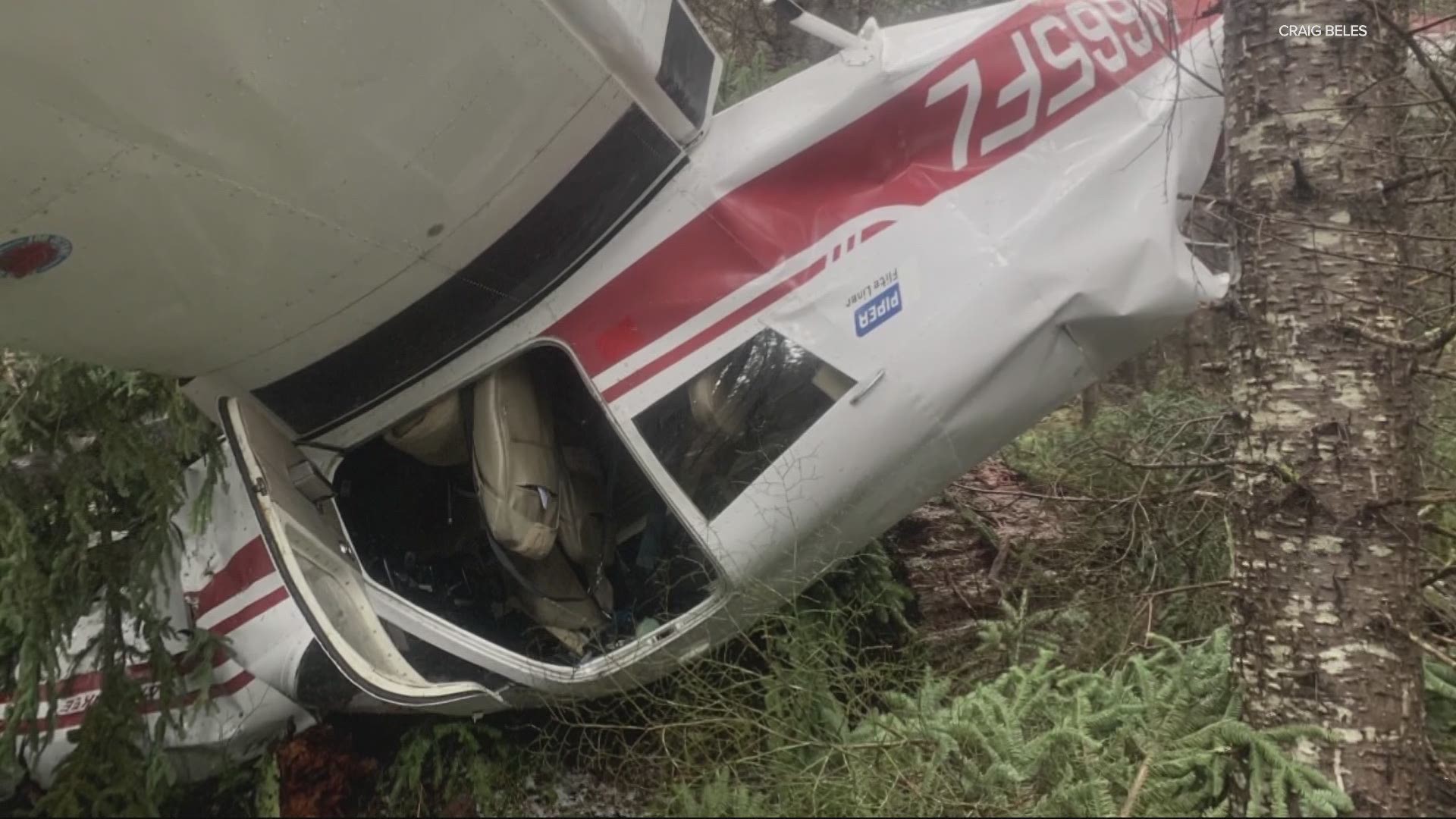 YACOLT, Wash. — Two friends were able to walk away from a plane crash in rural Clark County Monday afternoon with only minor injuries.

"A little scratch on my forehead," said Craig Beles. "A few scratches on my leg. Truman got a little more. A couple black eyes. That's it."

Beles was the passenger and co-pilot alongside his friend, Truman O'Brien, for a flight from Bend, Ore to Vashon Island, Wash.

Beles says shortly after crossing over the Columbia River into Washington, at an altitude of 8,000 feet, the engine on the four-seat aircraft started to cough. The plane started to descend.

Beles says the plane eventually emerged from the clouds. Air traffic control let the men know there was a small airport eight miles away, but the men knew they would not make it. They immediately started searching for a place to touch down.

"The logging roads are too dangerous and the clearings aren't clearings and have big, old-growth stumps in them."

The men's best chance at survival would be the tops of the trees in the Gifford Pinchot National Forest.

"You're coming in on top of the trees at an angle," Beles said. "You're ripping off the tops of the trees. Slowing down fast."

Then, Beles says, the plane dropped through the trees, nose first.

"Everything is crashing, banging. You're in every position being thrown around," he said. "Finally after you drop, you're saying to yourself, 'Am I done? Did we make it to the ground without a tree coming through the windshield or the whole cabin collapsing?'"

The men survived, but they were not out of danger. They freed themselves from the mangled wreckage as quickly as possible because fuel was pouring out of the tank.

"We weren't concerned about ourselves," Beles said. "We were concerned about our families. They expected us back on Vashon around 4 p.m. or 4:30 p.m., and they had to get a call from the local police up there saying your husbands' plane went down."

Credit: Clark Co. Sheriff's Office
Search crews were able to find the men and rescue them before they had to spend a night in the forest.

The men would spend hours in the woods before search crews found them and hoisted them to safety.

"The most heartening thing about this whole experience is the overwhelming support and love Truman and I have gotten from our friends on Vashon Island and around the United States and around the world," Beles said.