Both were taken to St. Luke’s Magic Valley by ambulance with gunshot wounds. 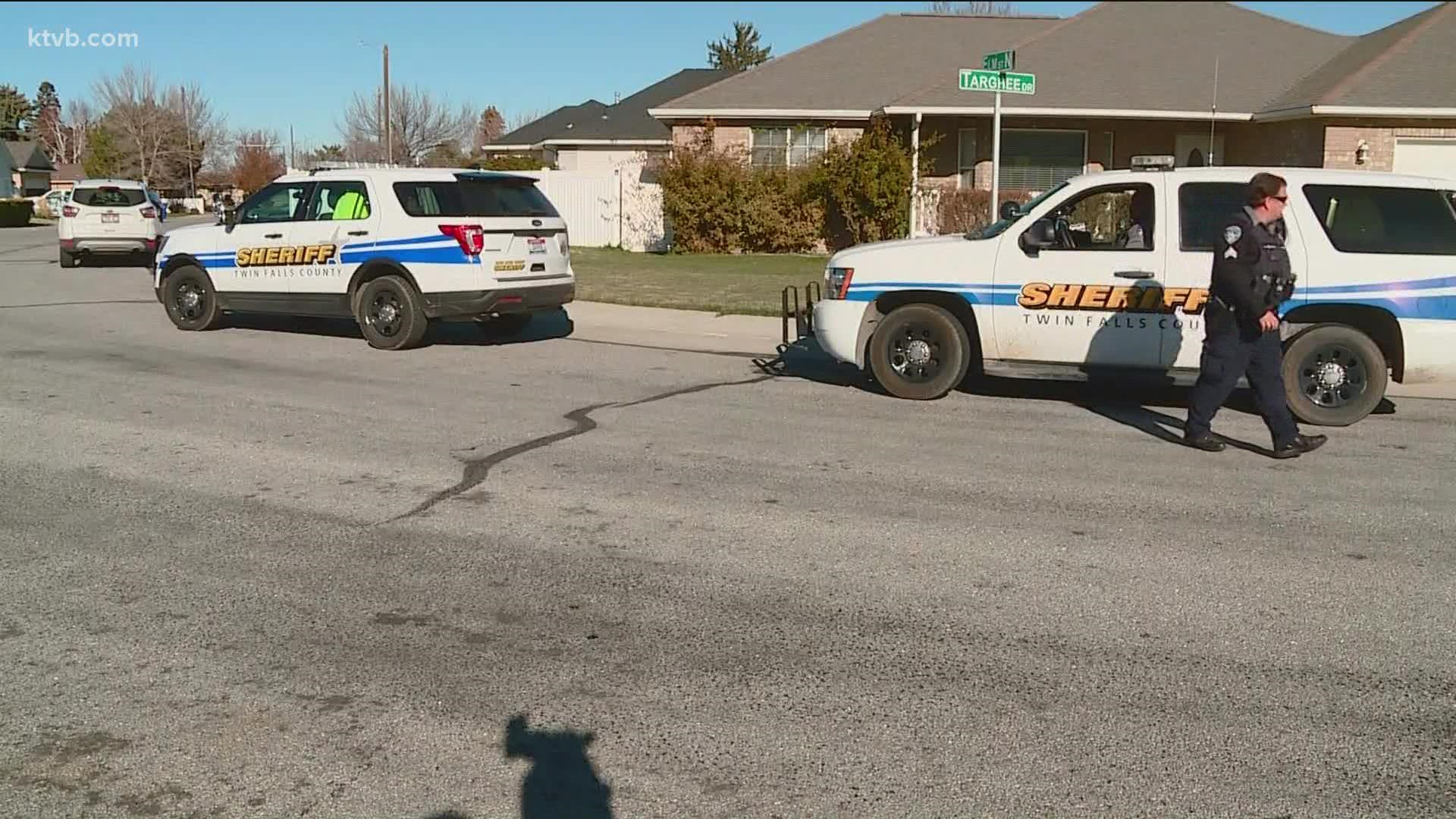 TWIN FALLS, Idaho — An officer with the Twin Falls Police Department and one other person were injured in a Tuesday night shooting.

The shooting happened just before 11 p.m. in the 1300 block of Targhee Drive, a residential neighborhood just off of U.S. 93.

According to the Twin Falls County Sheriff's Office, the officers "were on scene dealing with an adult male when shots were fired."

Both the man officers were speaking with and one officer was hit. Both were taken to St. Luke’s Magic Valley by ambulance with gunshot wounds.

Both the officer and the other man are expected to survive, according to the sheriff's office.

The Critical Incident Task Force has been called in to review the shooting.

Neither the wounded officer nor the man has been identified, and it is unclear whether charges will be filed in the case.

"More information will be released as the investigation continues," the sheriff's office wrote in a release.

Credit: Andrew Baertlein/KTVB
An officer and another man were shot in a Twin Falls neighborhood Tuesday night.