On Tuesday, the $25 million bond to expand the county jail failed to win a supermajority. 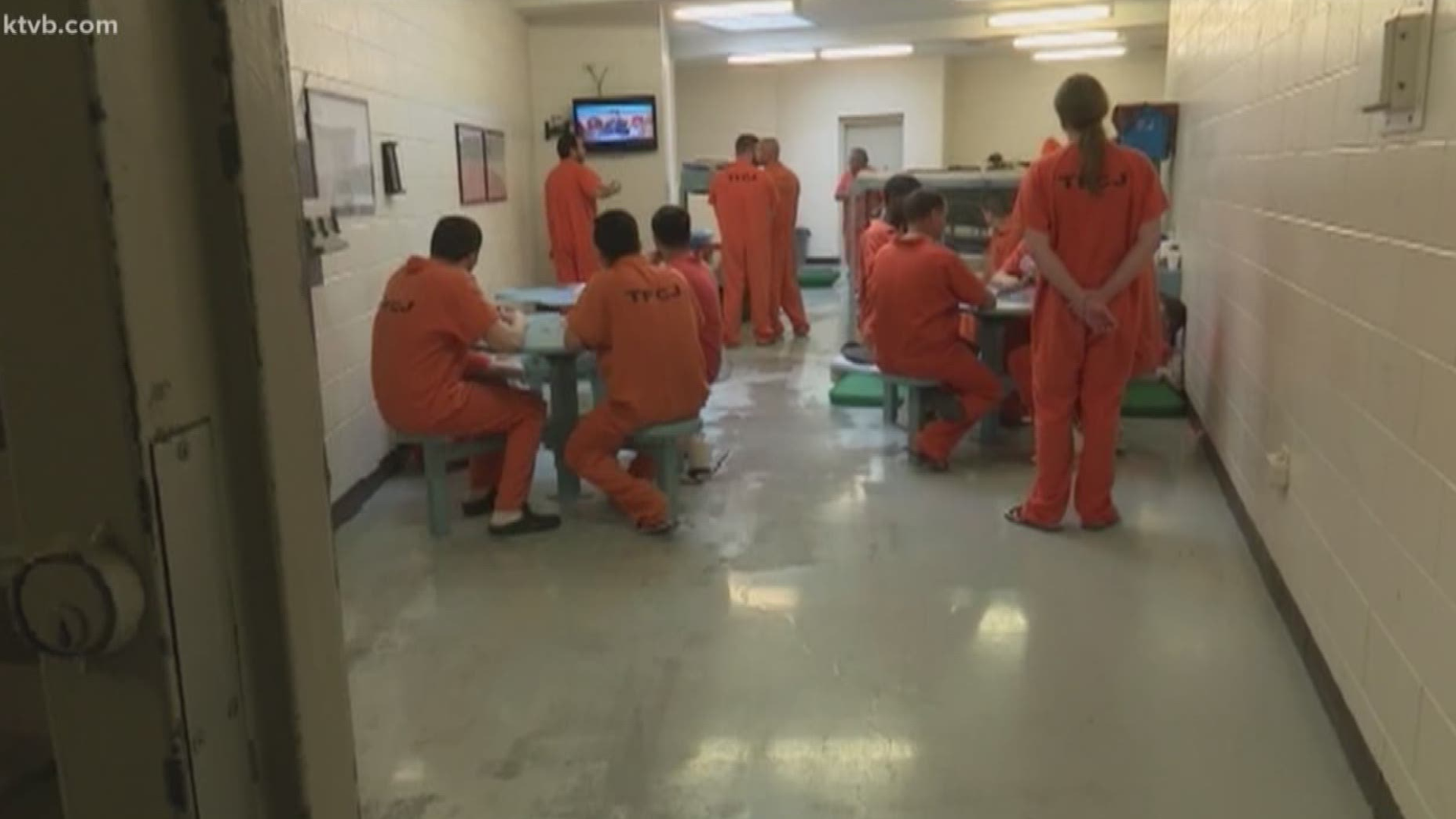 TWIN FALLS, Idaho — Twin Falls County is searching for alternative methods to address their overcrowding jails after a $25 million bond failed to reach a supermajority on Election Day on Tuesday.

The county attempted to fix their overcrowding jail by asking voters to approve a $25 million bond, but the bond failed to get a two-thirds majority needed to pass.

Twin Falls County's overcrowing issue won't go away after the bond failed, so now the county is figuratively throwing spaghetti against the wall to see what sticks for a Plan B.

“Whatever band-aid we use has got to be able to suffice in the future," Twin Falls Sheriff Tom Carter said.

On Friday, all of the county's elected officials met to brainstorm a short-term solution to the issue.

The issue is that on average is that the jail has around 100 more inmates than beds, meaning that some inmates end up sleeping on the floor of the jail.

"I think the focus really has to be on getting the inmates off the floor because that creates a pressure valve in that jail and the inmate on inmate violence has gone up," Sheriff Carter said.

A possible solution the county will look into is brining in mobile housing units, which would provide an additional 70 extra beds, but would cost about $800,000 per year.

"That will probably at least get the inmates we have up off the floor but not necessarily solve our out of county housing problem we’re paying for," he said.

On an average day, the county is housing between 40 to 50 inmates in other counties, costing the county about $1 million a year.

The end goal of the meeting is to make sure everyone gets on the same page and they start working on a way to get extra beds in facility immediately.

A working group of four people from the county will be taking a closer look at the leasing option.

County officials also discussed potentially trying to bring the bond question back on the ballot at some point next year. That's the only route Twin Falls can take to raise taxes to expand the jail.

Commissioner Jack Johnson told KTVB the county has tried to lobby the state legislature to allow them to enact a local option tax, which is something that Canyon County is also trying to do in order to relieve the jail overcrowding.

RELATED: 'It's a Band-Aid on a bleeding artery': Canyon County Jail begins to house inmates in trailers