Idaho native Trevor Schaefer has been fighting a tireless battle on Capitol Hill to get the law passed and funded. Now that effort has paid off. 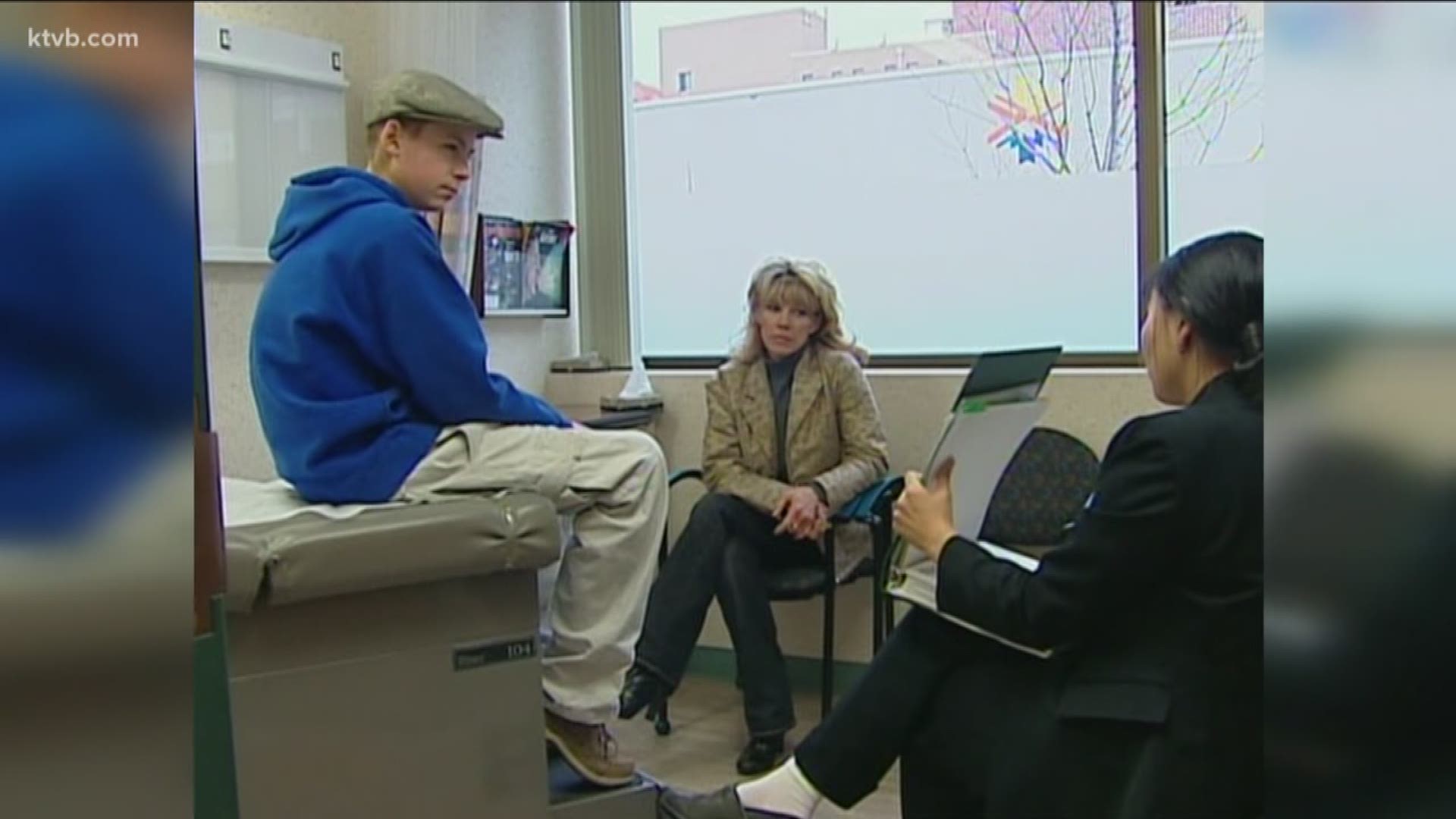 BOISE — An historic signature by President Trump might be the final chapter of a crusade that began 16 years ago for an Idaho cancer survivor.

The president just signed $1 million in funding for Trevor's Law - named for Boise's Trevor Schaefer who believes his childhood brain cancer was environmentally-caused. KTVB has followed Trevor's journey for more than a decade.

After Trump signed the Trevor’s Law amendment into the upcoming spending bill, there is now federal funding available for investigations into potential cancer-causing pollutants in communities. It’s been Trevor's goal since he beat his six-year battle with brain cancer in 2007.

Ever since, Schaefer has been fighting another tireless battle; this time, on Capitol Hill.

“I think this is a really huge step,” Schaefer told KTVB on Wednesday.

Now, we are seeing the fruits of that decade-long relentless fight.

“It feels great. In 2016 I thought that we were very close to the end product of being able to help so many communities throughout the country as well,” Schaefer said. “But working in politics so many years I know nothing comes easy and there was still plenty of work to be done and this is a huge milestone.”

That help came in the form of Trump signing off on spending a million dollars to implement Trevor's Law.

“Words can't describe how big this and how much momentum this will give us to move forward and get Trevor's Law finally implemented,” Schaefer said.

As the inspiration behind the law, Schaefer was diagnosed with cancer at 13 - cancer he believes was caused by contaminated water in McCall. The law mandates federal assistance to communities experiencing contamination due to environmental issues, and aims to spark government evaluation of potential cancer clusters.

President Obama signed it into law back in 2016 and finally Congress moved to fund it this year.

“The big issue till this point has been funding for the law," Shaefer said. "So now what this means is it allows the office of Health and Human Services to create guidelines for implementation of Trevor’s Law, then be able to create a resource where these impacted community members can go to share concerns and their need for an investigation."

Now that it's funded, communities can ask the federal government for help, allowing them to partner with state and local government agencies and the public to investigate suspected cancer clusters.

“There was no protocol. It’s very broken. And a lot of times the communities got the run around: there’s not a problem or the population isn't significant enough to warrant a study," Schaefer said. "There are many excuses given to communities over the years and now that Trevor's Law is law and now has the funding to get implemented it will create stricter protocol and guidelines to address cancer clusters in a timely and efficient manner."

Schaefer and his mom teamed up with a group of activist mothers in Indiana who believe their community is apart of a childhood cancer cluster. That, in turn, led them all to charge ahead with Indiana Senator Joe Donnelly, who worked with longtime Trevor’s Law champion Idaho Sen. Mike Crapo.

“Without them this wouldn't have been possible. And I spoke with Senator Donnelly’s staff today so now what the goal is for them is to stay on Health and Human Services and make sure they're prioritizing this and developing guidelines and not putting it on the backburner and get this done so we can get the communities the help they deserve,” Schaefer told KTVB.

After years of hard work, history was made: for environmental reform and for families across the country.

“It's given all of them a voice and I've said that for years: it gives communities a voice,” Schaefer added.

A movie based on the book that chronicles Trevor's journey is in the works. Hollywood producer Bonnie Bruckheimer signed on as the executive producer.