The worker's foot was pinned under a large retaining wall, officials said. 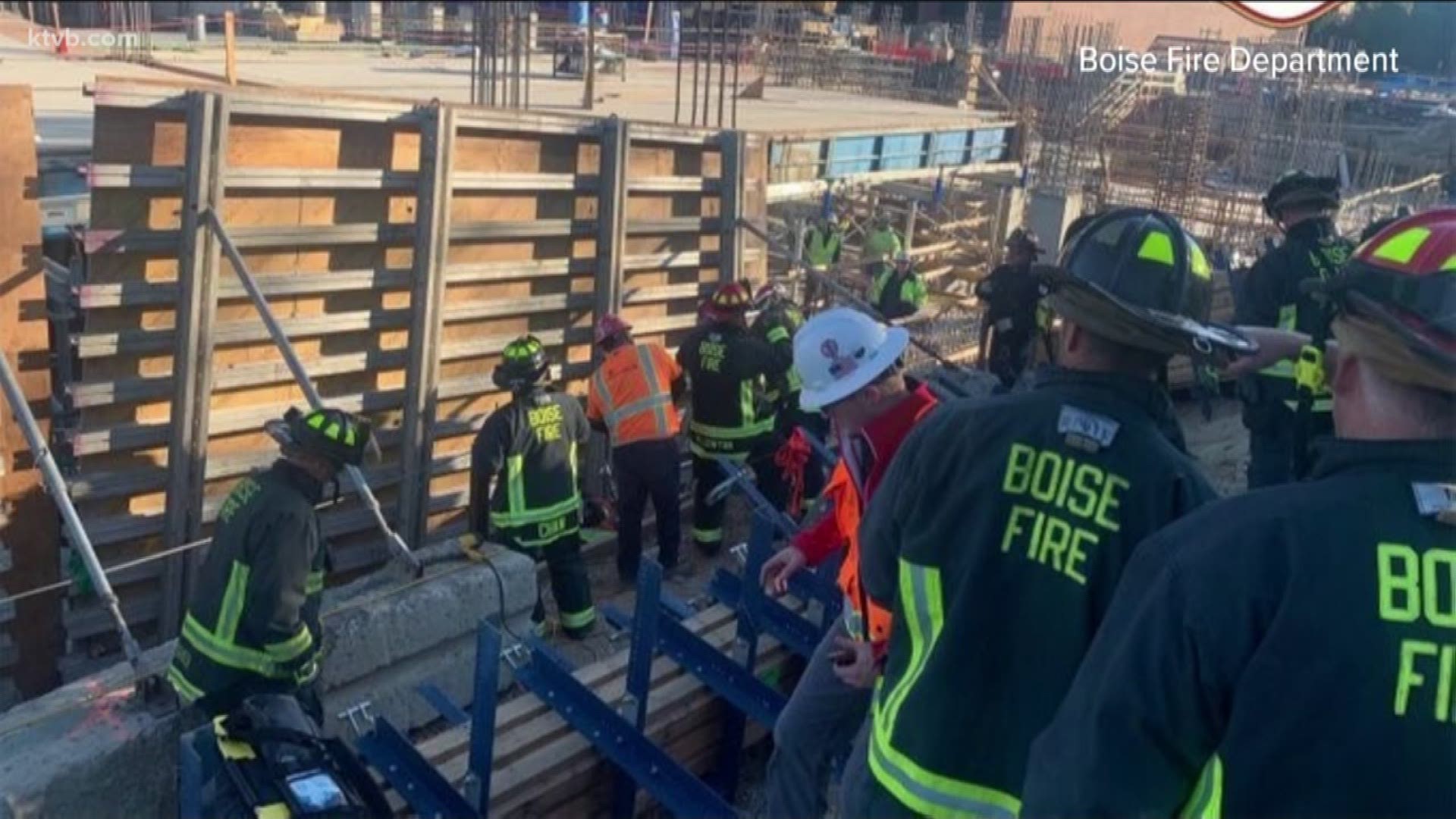 BOISE, Idaho — A worker was rescued from a trench in a construction area near St. Luke's in downtown Boise Thursday evening.

Rescue crews rushed to the scene at about 5 p.m. after the man became trapped in the area of State and 2nd streets.

A Boise Fire spokesperson tells KTVB that the worker's foot was pinned under a large retaining wall panel, weighing about 2,000 pounds.

"Upon arrival, we had a 25-year-old male who was suspended on that panel, with his foot caught between the panel and another existing concrete structure in the building," said Battalion Chief Steve Rasulo.

Firefighters worked with construction crews, using a crane to lift the wall panel off the worker. He was brought out of the trench shortly before 6 p.m.

He was taken to a waiting ambulance and then transported to the hospital. There is no word on his condition at this point, but the man appeared to be awake and talking to rescuers.

"One can imagine what those injuries might be, with a 2,000 pound panel resting on your foot," Rasulo said.