The page has more than 1,500 members from Canyon and Ada counties. 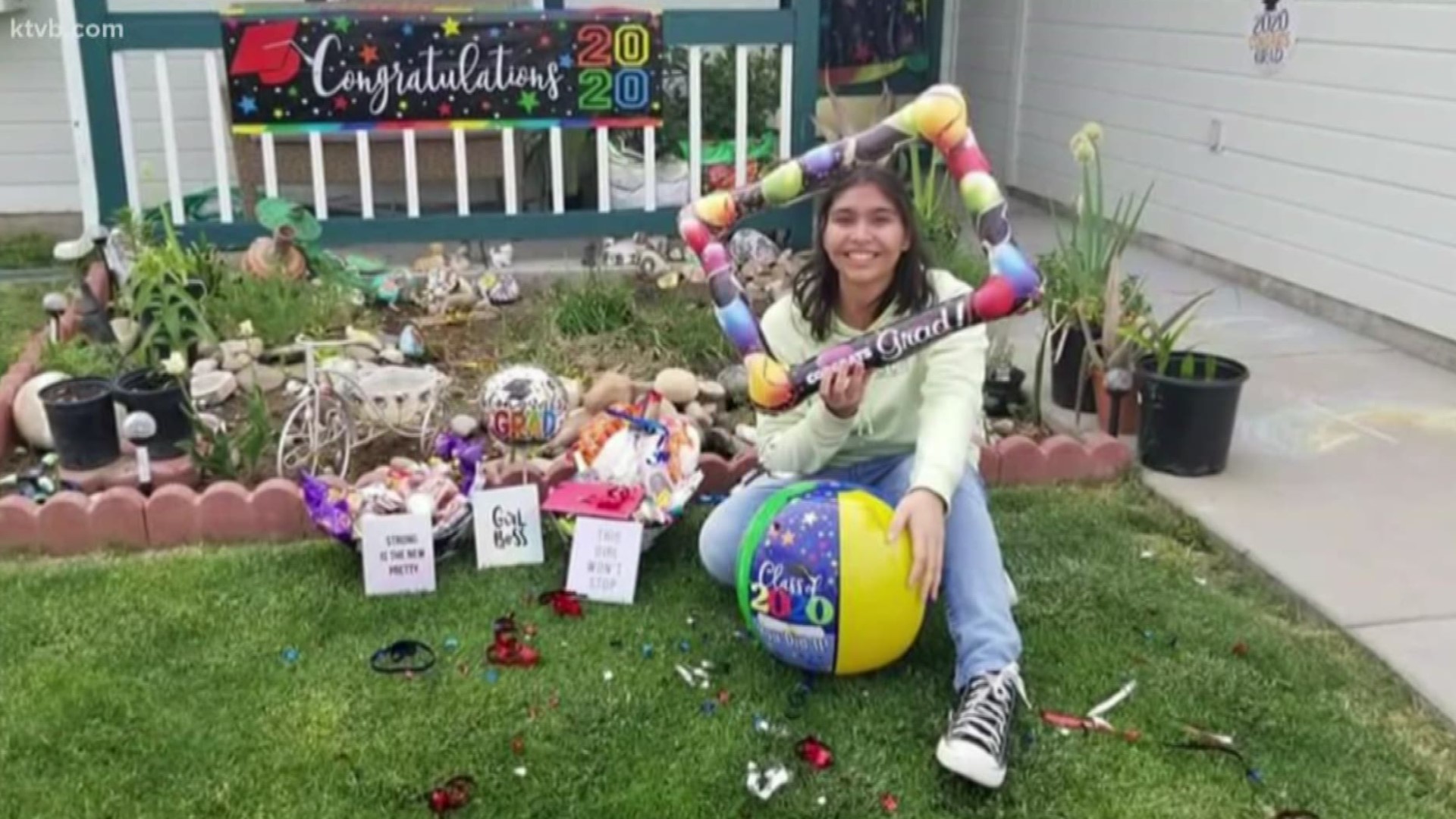 BOISE, Idaho — The coronavirus pandemic has affected everyone in some way this year, including high school seniors who were anticipating the fun that traditionally comes with the final weeks of high school, only to have proms and graduation ceremonies canceled.

Now, the community has found a unique way to celebrate this significant milestone in their lives - by adopting them virtually.

“It was really nice, I was really happy to see someone out there doing something like this, helping seniors,” said Middleton High School senior Eusebio Guzman.

Donna Davis started the ‘Adopt a High School Senior-Canyon and Ada County’ Facebook page after she was inspired by a similar effort in San Diego. More than 1,500 people have joined the group in just two weeks.

“I can’t really express how grateful I am that the whole community is coming together to make this happen,” Davis said.

Through the Facebook group, parents can post photos of their soon-to-be graduate, then people can adopt them and surprise them with gifts. The gifts can range from letters to balloons and even baskets filled with candy, chips and gift cards.

“I immediately saw one of my favorites on there and I adopted her,” said Jennifer Buttram, who wanted to support the students during this tough time, as well as their parents.

“I've gotten to know some of these seniors, and they have worked so hard,” Buttram said.

Kat Armstrong not only adopted a senior, but her son Coby was also adopted.

“Our kids are missing out on prom and senior skip day, they're missing out on the last day to have their yearbook signed, so for us to be able to reach out and do something special for someone that is a senior this year, it made me feel really great,” Armstrong said.

It's a community effort some seniors told KTVB, they'll remember for years to come.

“You get these families you've never met and they're just coming over and saying 'hey you did it, you actually graduated and here's something to smile about today' and it's really sweet,” Guzman said.

“It's really nice to know that people really do care about us and are willing to do a little something to brighten our day during this time, so I’m really thankful for the people involved in it,” Haban said.

Parents have until May 31 to put their seniors up for adoption.