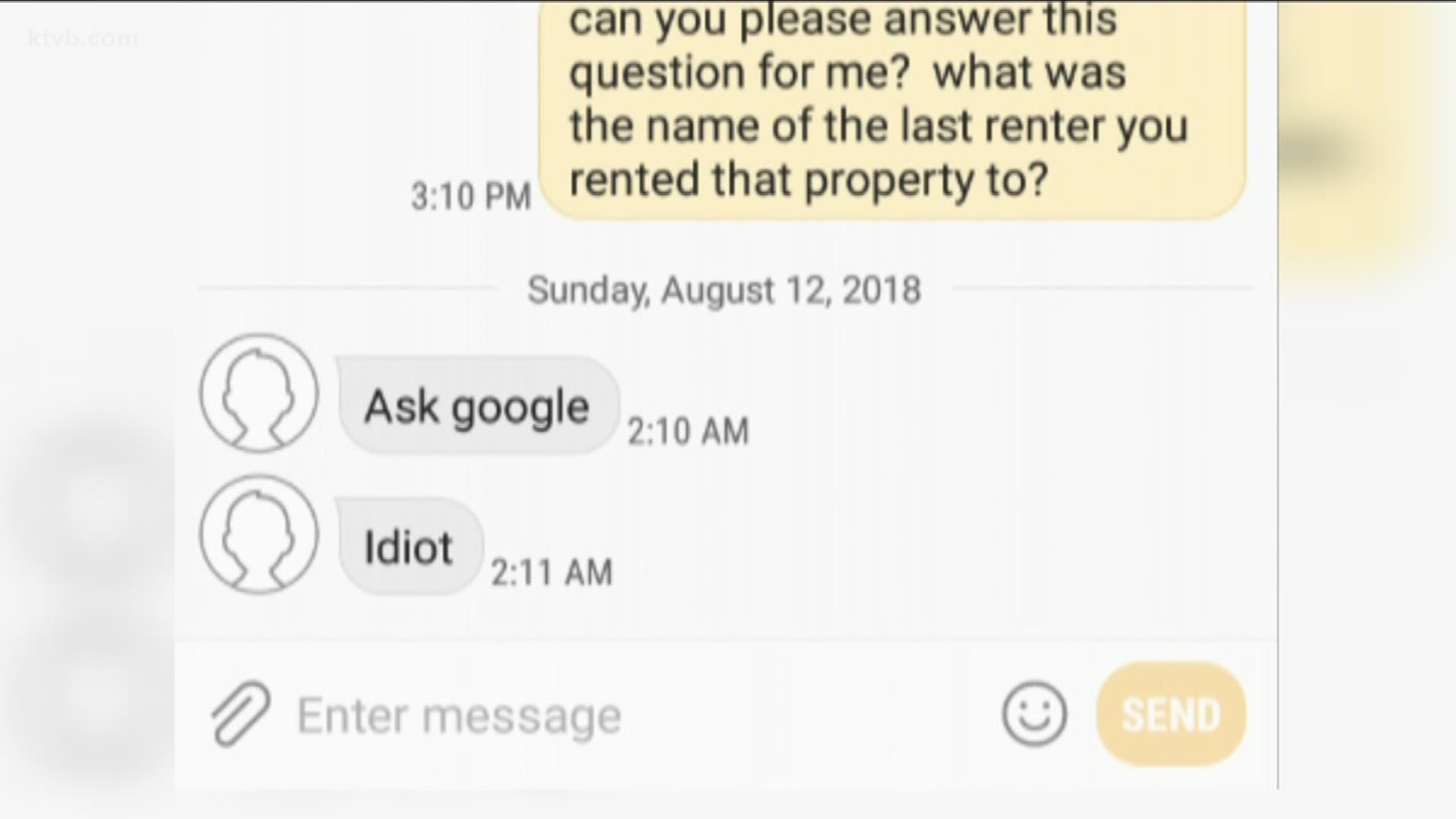 BOISE — A woman says she was scammed out of hundreds of dollars at what was already a difficult time -- when she was looking for a new place to live.

Sharilin Caskey thought she found a deal when she spotted an ad on Craigslist for a house in Nampa.

Tom Koltz - or whoever placed the ad - does not own the house.

After Caskey filled out a rental application, the person behind the ad sent her a rental agreement and asked her to make a deposit.

"So I went down to Chase Bank in Fred Meyer, and Chase Bank said I needed to get a money order to make that deposit," Caskey said.

The person who posted the ad then asked Caskey to send pictures of the receipts, and that's when she said she started to get a bad feeling.

"I called the number and they didn't answer, and another number messaged me to take pictures of the receipts, and he said it was his wife's phone and that he was having problems with his phone," Caskey said. "I heard someone in the back trying to interpret what I was saying ... and then I kept getting texts to take pictures, and then they called me an idiot."

"I was panicked, sick, angry and sad, 'cause I had to turn around and tell the kids," she said.

Caskey isn't the only one who has experienced this.

The Better Business Bureau says just this year, the BBB has received reports of more than $200,000 lost to this scam.

"If you see something like this, you should watch for some red flags, one (is) not being able to see that property," said Emily Valla with the Better Business Bureau.

Also, avoid making unusual forms of payment such as wire transfers or gift cards, because those are as untraceable as cash.

"If you have found you're a victim of a scam and you've given any of your bank info, call the bank right away," Valla said. "If you come across a fraudulent posting, you can report it to that website that it's fradulent, and they should take it down. You can also report it to law enforcement, especially if you've lost money. Report it to the BBB and the Federal Trade Commission."

If you need help looking for a place, try reaching out to the Idaho Housing and Finance Association, which has free rental advisers.

This is especially important in times like these, when demand for rental units across the Treasure Valley is high.

"To give you an idea, a stable market sits at a vacancy rate of 5 percent, but what we're seeing right now is 2.8 percent," said Dean Johnson, spokesman for the Idaho Housing and Finance Association. "So the demand is really high, while the supply is not quite there."

When it comes to spotting those fake ads, the BBB also recommends searching for that ad online to see if there may be a similar posting in another town. If there is, that's a red flag.

As for Caskey, she says she is taking her time now in searching for a place, and not rushing her efforts.