More than 73,000 people have signed the teens' letter to Dr. Christine Blasey Ford, who was the first woman to go public with sexual misconduct accusations against Supreme Court justice nominee Brett Kavanaugh. 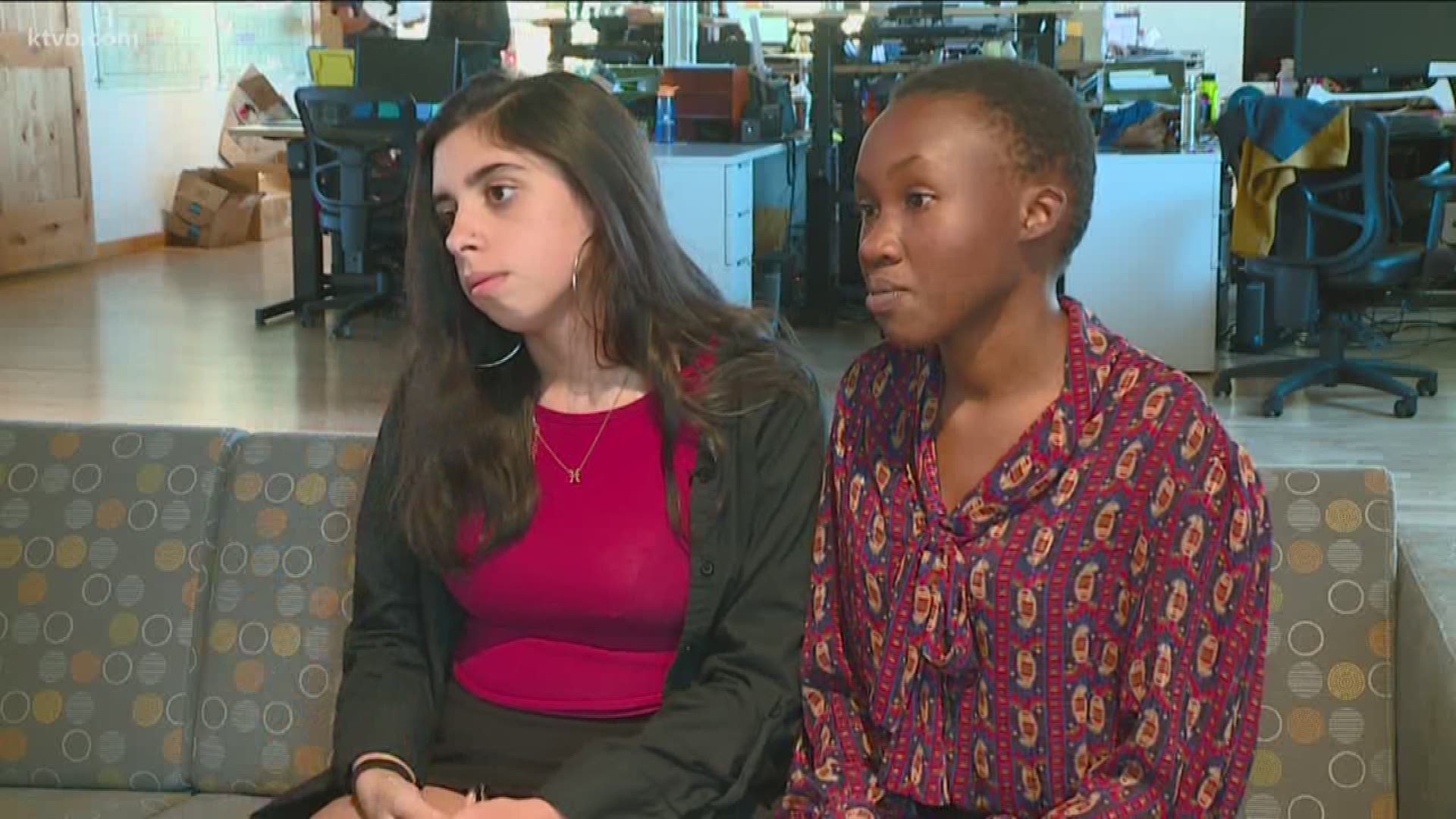 And now, an open letter written by three Treasure Valley teens to one of Kavanaugh's accusers is gaining national attention.

More than 73,000 people have signed the teens' letter to Dr. Christine Blasey Ford, the first Kavanaugh accuser to go public.

"We wanted to shift the conversation about how she was as a 15-year-old girl and how she felt and why it has taken her so long to come forward," Iradunkunda said.

In the letter, the teens explain why they believe Ford and offer an explanation as to why it may have taken her so long to come forward.

"The hate and the negativity that she has received really shows why people don't come out with allegations until later," Bagwell said. "She's received death threats, she's received so much hate."

KTVB asked the girls how these accusations may affect Kavanaugh if they turn out to be false.

"I think that Christine has had to live with this pain her entire life and he deserves to face the same consequences that she has had to and have the same pain because he inflicted this upon her," Bagwell said.

Still, other Idahoans who KTVB spoke with Wednesday are skeptical of the accusers' claims.

"I'm a firm believer in the Me Too movement, however I do question the length of time it’s taken a lot of people to come forward," Dana Zoch of Boise said.

Other people KTVB spoke with say, wait and see.

"My opinion toward him, especially for a Supreme Court nominee, needs to be fully vetted and make sure all of the American people know the truth about this guy," Damon Green of Boise said.

"Well I think the woman should have a chance to defend herself and I think Kavanaugh should also have an opportunity to question her about it," John Herselman of Boise said.

The president has continually backed his nominee, and he once again gave his support to Kavanaugh in a press conference Wednesday.