Boise Police say based on what they saw in the video, they would have given the second driver in the video a ticket. 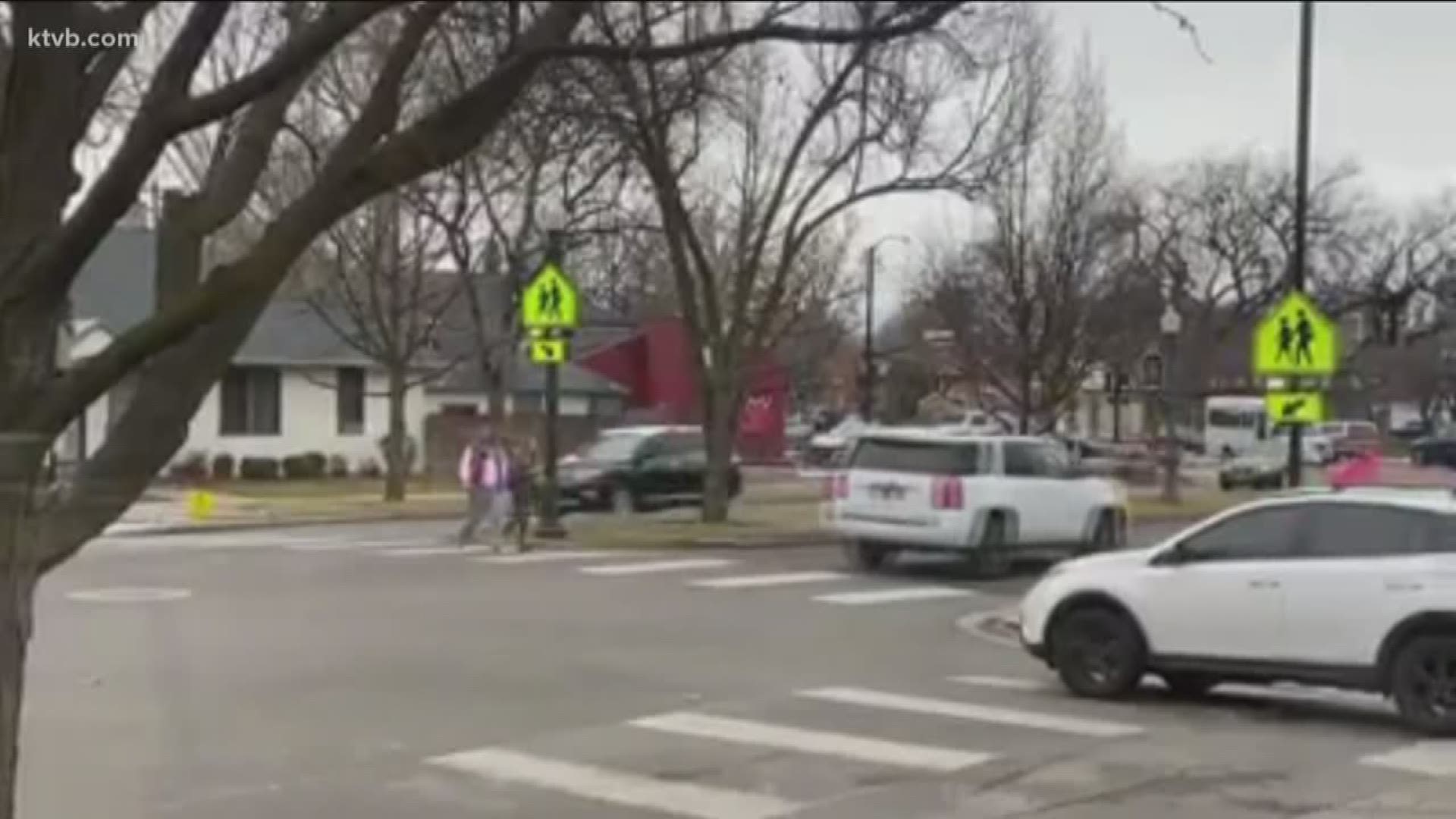 BOISE, Idaho — Some Treasure Valley parents are outraged by a video that's circulating on Facebook. The video was uploaded to The Northend Facebook group and shows two children in a crosswalk on Harrison Boulevard as two cars pass through it.

Many commenters on Facebook believe the drivers are breaking the law.

KTVB reached out to Corporal Ryan Jones with the Boise Police Department to clarify the law surrounding crosswalks.

Jones says technically, if someone is in a crosswalk, drivers must yield to that person the entire time they are in the crosswalk. However, police officers do have discretion when it comes to handing out a ticket.

"In our case, it's not always the letter of the law but the spirit of the law," Jones said. "There are some streets that are wide enough, some streets that have center barriers where kids are crossing so far onto the other side, which would permit another car to still be able to yield to the pedestrians while they are in that crosswalk and still get through."

RELATED: 2 students walking to school hit by car in Emmett

The crosswalk in the video has a center barrier and is wide enough to where Jones says, based on the video, he wouldn't cite the first driver, but he would give the second driver a ticket.

"What we are concerned about is when they come so close that they are a hazard to the pedestrian who has the right of way in the crosswalk," Jones said.

However, Jones added that it's better to be safe than sorry regardless of possibly getting a ticket.

When deciding whether to cite a driver for passing through a crosswalk with a pedestrian also in it, Jones has a general rule of thumb.

RELATED: 'Another powder day!': It's been a really good week for Idaho ski resorts