Trailer-painting shop burns down in Caldwell

The shop was next-door to a propane business, forcing firefighters to move quickly to contain it. 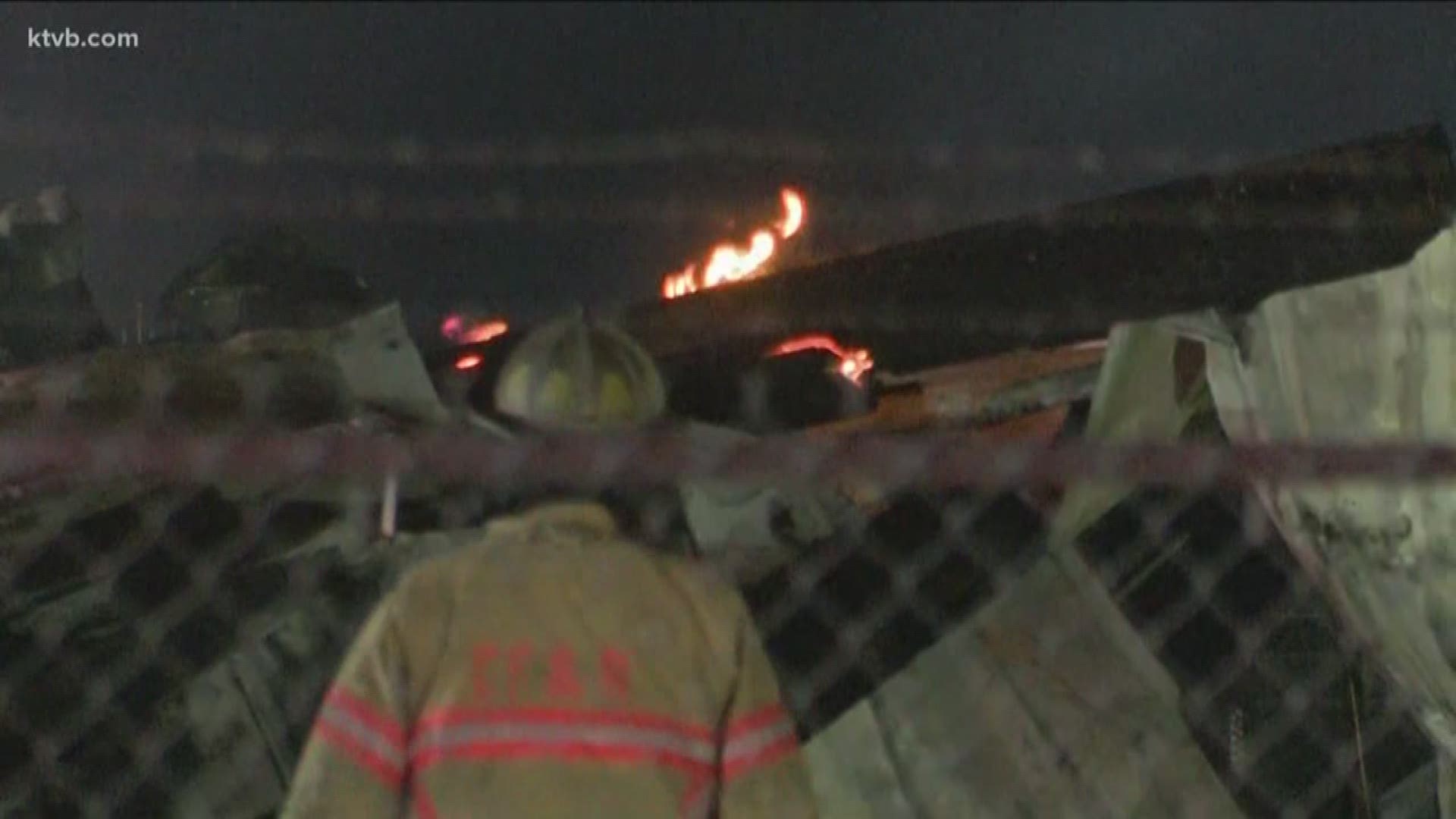 The blaze began at about 4 a.m. at Criterion Trailers LLC, a trailer production shop, located near the intersection of Simplot Boulevard and Pinto Lane west of town.

"As crews were leaving the city of Caldwell, they could see the orange glow and immediately went to the second alarm," Caldwell Fire Chief Mark Wendelsdorf said.

Officials described the building that burned as an outbuilding where trailers are painted. The shop sits right next to AmeriGas Propane, stoking fears of a much more serious situation if the flames reached the numerous propane tanks on the property.

Firefighters were able to get control of the fire before it could spread, and it is almost entirely extinguished.

The outbuilding is a total loss, and collapsed in on itself as it burned, meaning firefighters are still working to mop up remaining pockets of fire on the interior of the building.

Wendelsdorf said arriving firefighters also had to contend with a small brush fire after flames from the shop spread to the dry grass on the property.

"They were able to extinguish that fairly quickly and then concentrate on the building itself," he said. "There's a canal that runs right behind it, so that kind of gave us a little bit of a barrier, a little bit of a break, so the fire couldn't take off south."

No one was at the shop at the time, and there were no injuries. It's unclear how the fire started.