The BBB says asking for references and credentials is crucial before hiring a contractor to work on your home. 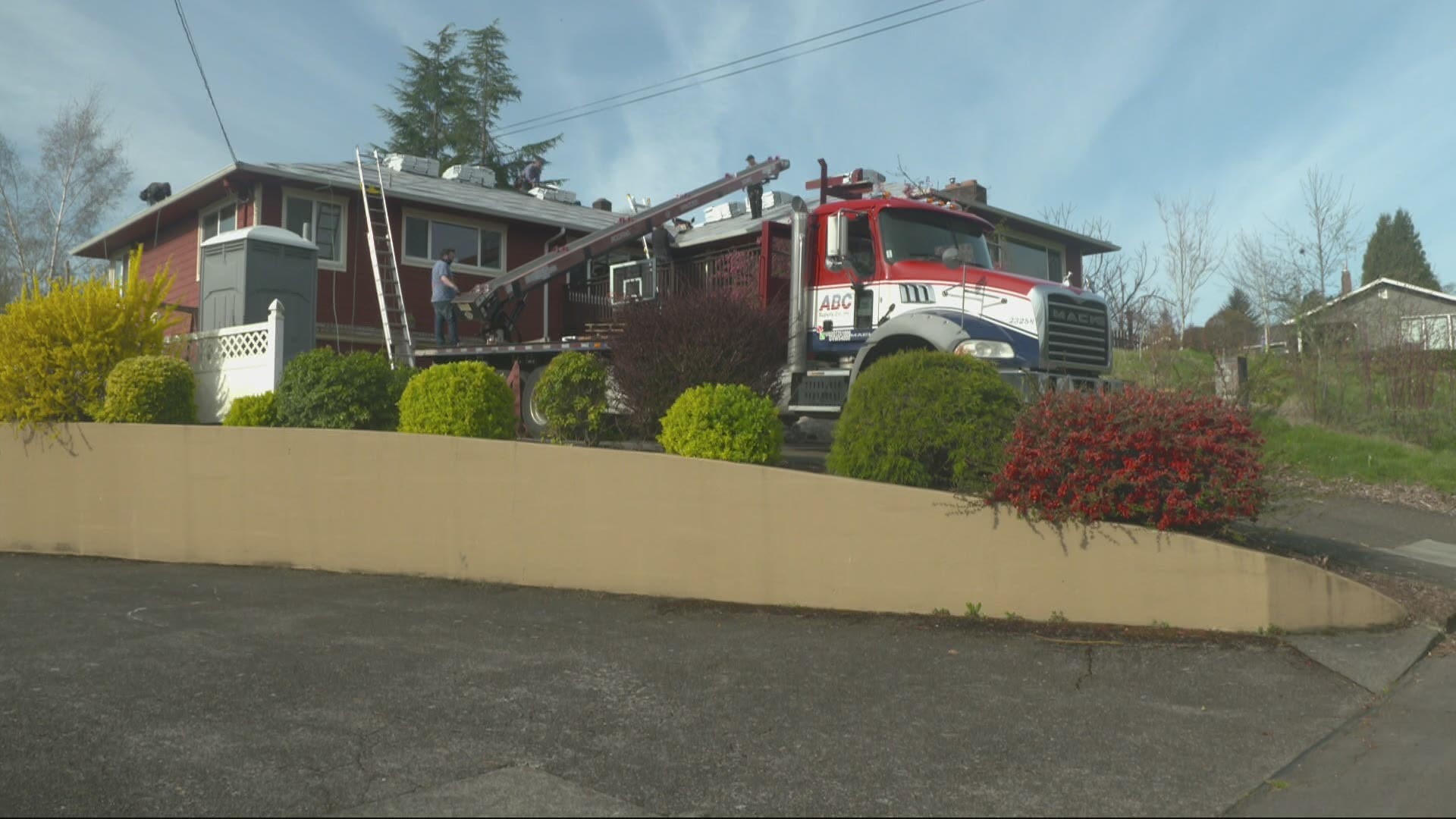 SALEM, Ore. — As people start various home improvement projects this spring and summer, the Better Business Bureau has some tips on how to pick the right contractor for the job.

The Better Business Bureau (BBB) frequently sees issues between contractors and consumers and says it all comes down to people doing their research before the hire.

"Ask neighbors, make sure that reputation is in place," said Spradling. "Before you ask for anything else, make sure that the contractor you’re looking into it has a lot of endorsements from people that you trust.”

He says to also ask for credentials like license and insurance.

"We highly recommend - if you don’t ask for that, it could be that you pay a lot of consequences later on."

Some of these tips could have saved Jennifer Johns and her family from hiring the wrong contractor a couple of years ago.

The family bought their Salem home 10 years ago and always wanted to put in solar panels. They found a solar company for the job but needed a new roof in order to install the panels.

"The solar company said they would bundle that together, but they needed the money for the roof. So we gave them that money, then they went bankrupt," Johns said.

They lost a down payment of tens of thousands of dollars and still needed a new roof.

Levi Ostlund with residential roofing contractor IBEX Roof says Johns wasn’t their first client left hanging by another contractor. So, after the solar company went out of business, IBEX Roof stepped in to give Johns a brand new roof.

"They were just so kind and generous to work with us," said Johns. "They understood what happened."

Ostlund says when it comes to down payments, 10-15% is a good amount.

"A contractor trying to take a down payment, more than half, that’s a large sum of money - that pretty much means they are trying to finance your project with your money," he said, "meaning they probably don’t have the finances in the bank if something goes wrong at any time. They’re going to cover themselves with your money."

Johns doesn’t know if her family will ever get solar panels, but she hopes to get them eventually.