The three were last seen near Airport Road and Highway 52 in Emmett, according to a Facebook post from the sheriff's office. 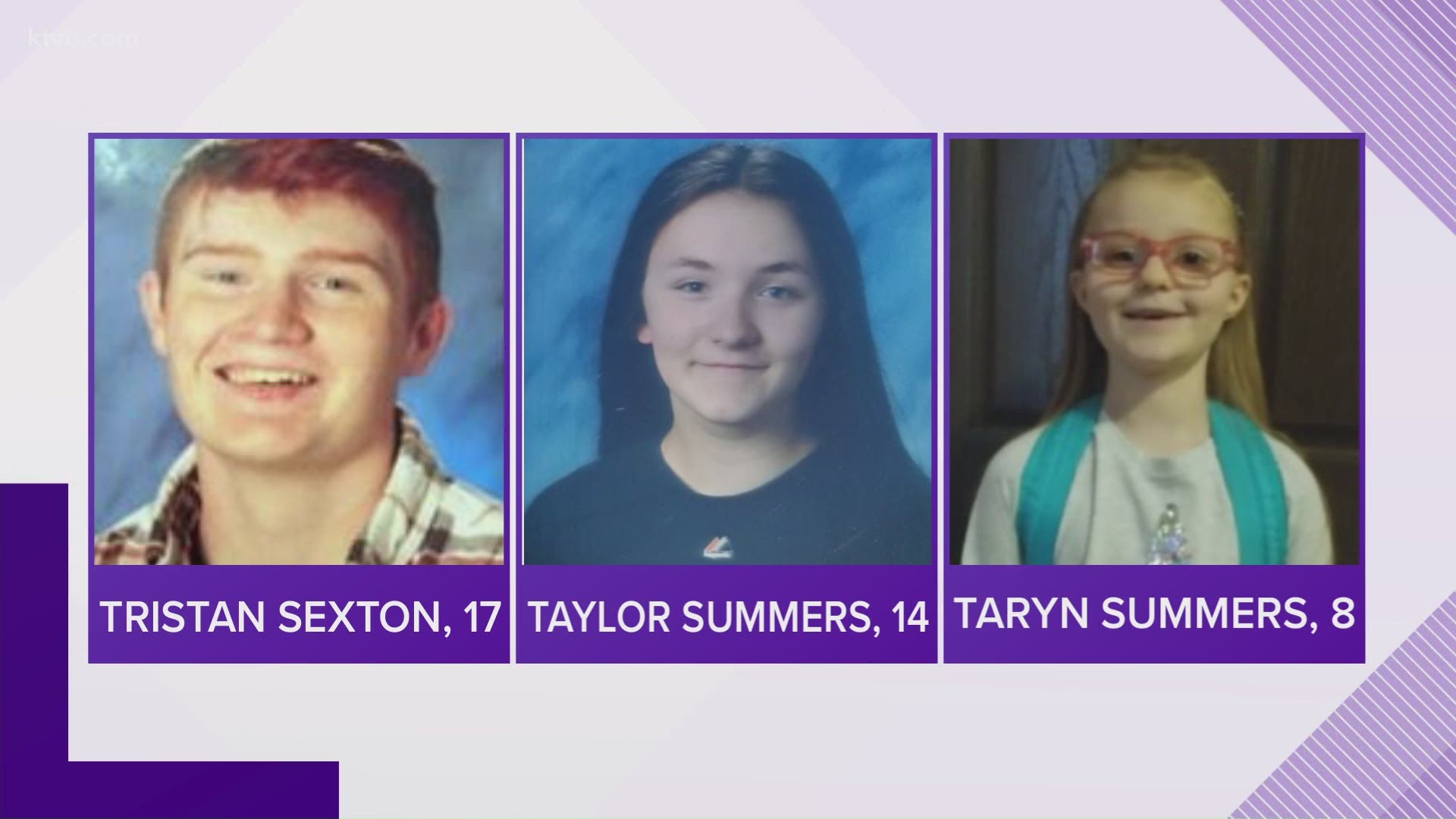 EMMETT, Idaho — The Gem County Sheriff's Office (GCSO) is searching for three missing children, two of which have been missing from the same residence since last year. The three were last seen near Airport Road and Highway 52 in Emmett, according to a Facebook post from the sheriff's office.

The sheriff's office says both Tristan and Taylor are both considered runaways and not believed to be in danger.

Deputies say the two have had frequent contact with their family since they went missing.

8-year-old Taryn Summers was last seen in Emmett on Monday. She has strawberry blonde hair and blue eyes, weighs 65 pounds and has a slight frame, and is 4'0". Officials said she wears glasses for reading but may not have them on her person.

Deputies says they consider Taryn as a missing child due to her age, but that she may have run away to be with the other two children, who are her siblings.

Investigators say an extensive search of the area where she went missing assured them that Taryn was not in the immediate area or injured.

There is no identified safety concern for the public, according to the sheriff's office.

GCSO is partnering with ISP, the FBI and US Marshal's office in this investigation and is asking the public for information. If you have information about the children's disappearance or their whereabouts, you are asked to contact the Gem County Sheriff’s Office at (208) 365-3521 or Lt. Jason McIntosh at (208) 817-3030.