Thousands ring in the New Year in downtown Boise

Now in its fifth year, the Idaho Potato Drop is a daylong celebration featuring plenty of family-friendly entertainment. 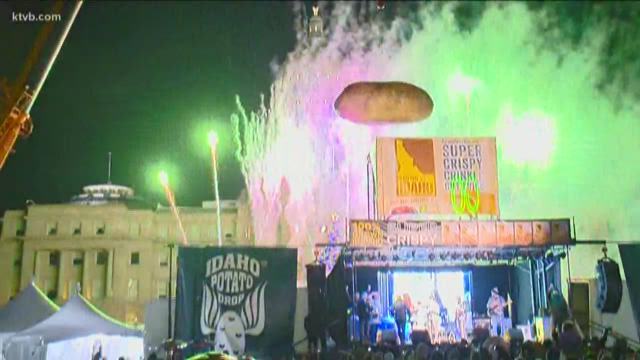 BOISE - Braving frigid temperatures, thousands of revelers converged on downtown Boise Sunday evening to ring in the New Year and watch Idaho's most famous export descend at the stroke of midnight.

Now in its fifth year, the Idaho Potato Drop has become a daylong celebration featuring plenty of

For the second-straight year, Capitol Park was transformed into a world-class rail jam park, and hosted a USASA-sanctioned pre-qualifier. A new addition to the snow park this year is the Tuber Luge. Attendees with a sense of adventure could hop on an inner-tube, and zip down the bobsled-like run.

It wasn't just snow sports on display Sunday. The Potato Drop Championship was also on the line. It's a coveted championship for Wrestle Club Idaho's only professional wrestling promotion. 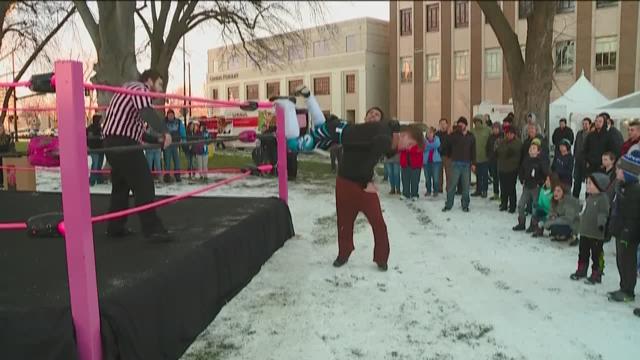 Also new at this year's event, the McCall Winter Carnival ice sculpture pre-show in Capitol Park was an opportunity to see how the larger-than-life snow sculptures are made.

As temperatures dropped into the low 20s Sunday night, many revelers took advantage of a heated tent, and warm beverages provided by local vendors.