'They were the sweetest girls ever': Family remembers three young girls killed in Blaine County crash

The three sisters were killed after their family's car was hit by a drunk driver on Saturday, police said. 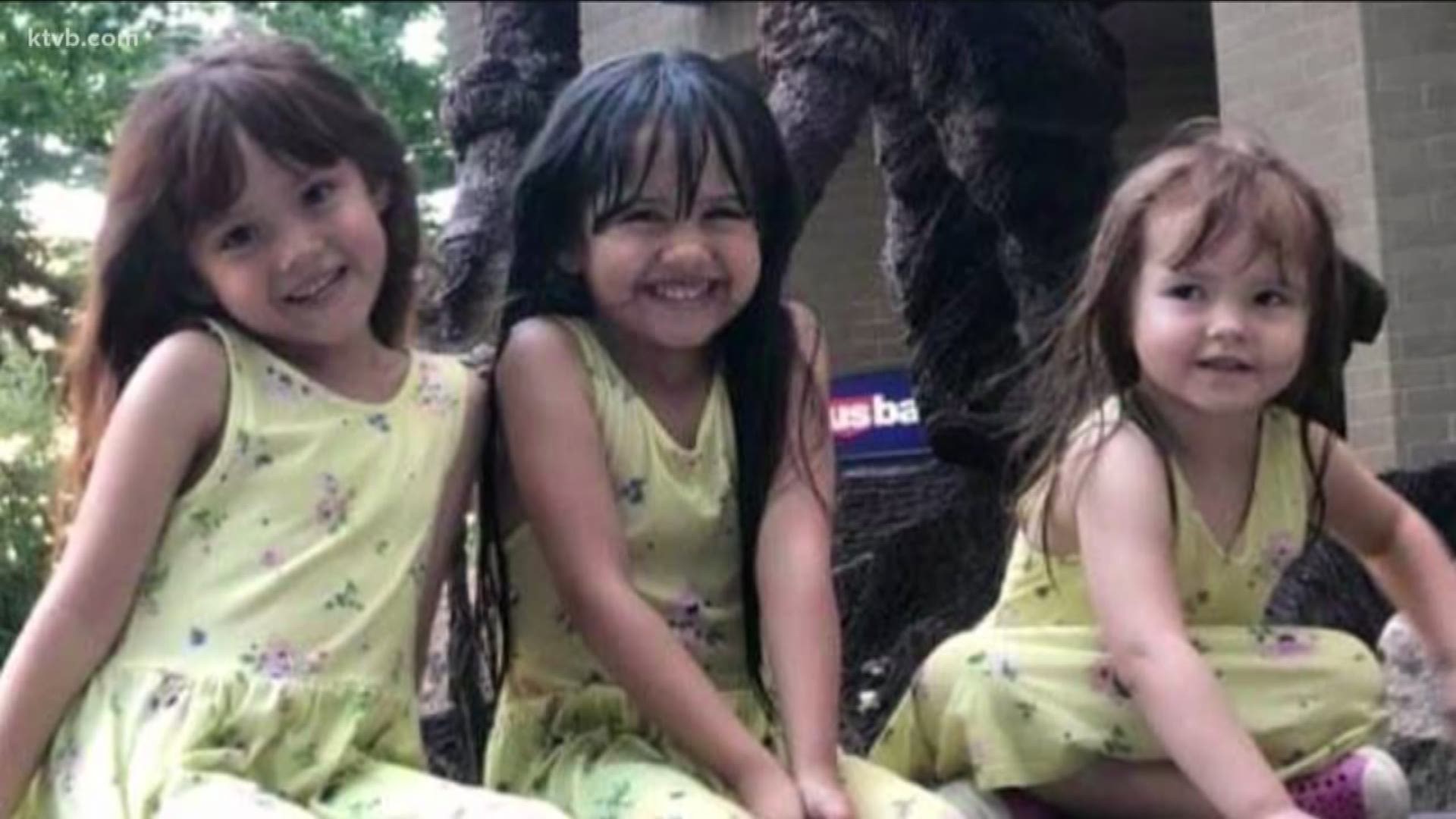 Aneena Lurak, 6; Kya Lurak, 5; and Drayka Rayshell, 3, were all killed after the car they were riding in with their family was hit by a drunk driver, authorities said.

Early Saturday morning, the children were riding in a car with their father, Somchai Lurak and his fiancee, Emma Weigand on their way back from a family trip to Hailey.

The family was stopped at a construction light when Matthew Richard Park hit them from behind. According to police, Park's blood-alcohol level was well above the legal limit.

All three girls died from their injuries.

Family members describe the girls as sassy, spunky and full of life, leaving behind a huge void that can never be filled.

“It’s a hell I would not wish upon anyone,” said Jessica Jones, Emma Weigand's sister.

According to Emma's family, Somchai and Emma had known each other since they were kids and had been dating for some time. Somchai was the father of all three girls, but Emma was not their biological mother.

Sharron Weigand, Emma's mother, said her daughter was really the only mother the little girls had known. Emma and Somchai planned to marry in May 2020 and Emma planned to legally adopt the girls soon after.

Credit: Jessica Jones
Family members are mourning the deaths of three little girls, who were killed Saturday when a driver crashed into the car they were riding in.

The family says they're still in shock.

“Up until today it really hasn’t felt real, I keep feeling like they should be here with us,” Jones said.

Weigand said when she heard the news, she was in disbelief. Though they weren't related by blood, she said the girls were family and she considered them her grandchildren.

“I can’t put into words. I dropped to the ground when I heard the news," she said. "I think in the 30 years I’ve been with my husband, I’ve never seen him cry more than he has in the past two days. It’s still unreal that they’re just gone in the blink of an eye.”

All three girls loved art, the outdoors and singing. Their favorite musical was "Mamma Mia."

“They were the sweetest girls ever," Jones said. "They loved music, they always loved to come over to my house because my house is filled with drum sets and guitars and they were always interested in it."

Credit: Jessica Jones
On Saturday, three young girls killed after an intoxicated driver smashed into the car the girls were riding in.

Weigand said all three also liked to be "girly girls."

“Emma used to sit and polish their nails and do their nails. Just beautiful girls,” she said.

Right now, the family is angry - angry at what one person's choice cost them.

“I really hope that man thinks long and hard about the lives that he’s destroyed,” Jones said.

“When I heard that he admitted to drinking and getting in the vehicle, I’m angry. I’m angry. I want him to get the max," Weigand said. "He’s destroyed so many lives and he’s taken three beautiful girls that no longer have their lives ahead of them and they had everything ahead of them.”

The family is also hoping other drivers can learn from this tragedy.

“There is no reason for anyone that has been drinking to get into a vehicle," Weigand said. "You’re not [just] putting your own life at risk, you’re putting other drivers’ lives at risk, and children’s lives at risk.”

Somchai and Emma are both recovering at St. Alphonsus in Boise. Somchai has a collapsed lung and spinal damage. He underwent surgery to try and repair broken vertebrae in his neck. The family isn't sure yet if he will be able to walk again.

Emma has a lot of bruising and a broken arm, which she will have to have surgery on.

Besides physical wounds, the family also has a long road to heal emotionally.

“Emma, she was the only that stayed conscious throughout the whole thing. So she has those final images she has to work through,” Weigand said.

A Go Fund Me page has been started to help the family.

RELATED: 'I am too young to lose someone like you': 7-year-old girl makes PSA after drunk driver kills her grandmother