'They were so smart and they were blossoming': Father remembers 2 kids killed in Boise house fire

The father of the two kids who died in a Boise house fire in early July reminisced on his last memories of his kids. 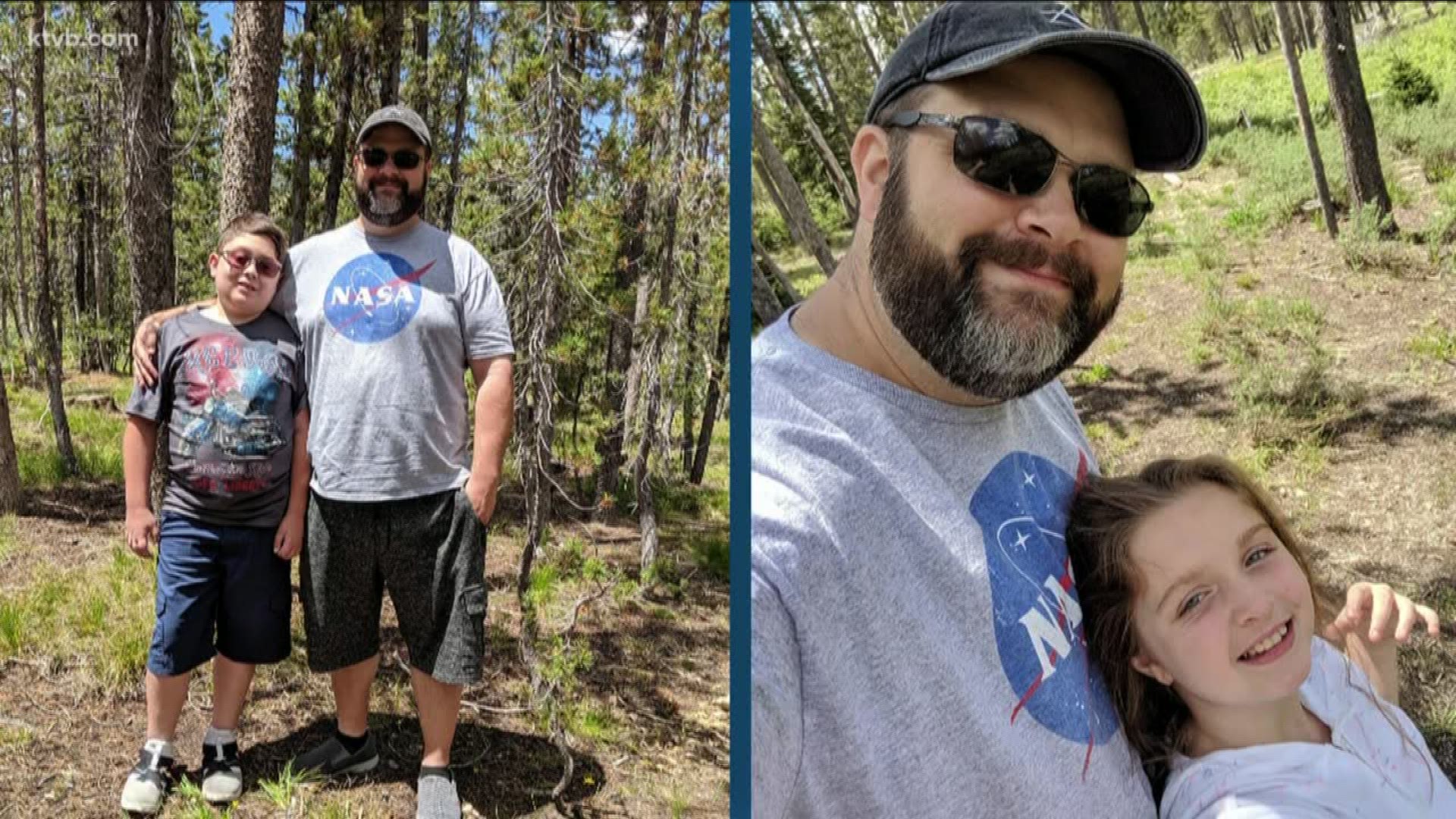 BOISE, Idaho — Tony Sanchez is going through something that is unimaginable for most. He is the father of the two kids who died in a Boise house fire in early July.

He wanted to clear the air on what happened inside the house that fateful night. The fire took the life of the kids' mother, Jana Cullen, as well as 12-year-old Ryker Sanchez and 9-year-old Rylee Sanchez.

Tony Sanchez insists that Jana was not a negligent mother, that night or at any point.

MORE: 'It's very emotional for all our crews': Fire officials plead for use of smoke detectors after 3 die in Boise house fire

He talked to KTVB about the moment he found out his family had died in the fire.

“I work from home, and I was discussing with my coworker, the day just getting it going,” he said. “Then I had a knock at the door, and I opened the door and there were three people that wanted to talk to me. The way I received the news, they asked me who I was and asked me If I knew Jana, and Ryker and Rylee, and I explained I was the father. Then they just tell you and then you just go through it.”

He remembers what was lost with the passing of his two kids.

"They touched everybody's lives,” he said. "They were so smart, and they were blossoming."

He said that Ryker was diagnosed with Asperger’s at a young age and he and Jana had to work with him to overcome everyday challenges.

"He was super analytical and super caring, he was never afraid to talk to somebody, he was fearless in that,” he said.

He talked about his daughter, Rylee, and how she tried to make friends with everyone and as he called her, was a ‘little genius.’

"She would get so excited that she would shake, physically shake because she wanted to show you her Tik Tok or her report she made for school,” he said.

According to Jana's sister, Keri Rueckert, the night of the fire, Jana and the kids stayed inside the house to try and put the fire out.

"We really want people to understand that what killed my family is, my sister tried to fight the fire," Rueckert said. "She thought that because it was a small fire, she could put it out. She didn't take into account the noxious fumes when a home is burning."

She added that her sister was very responsible and always put her children first, something that Sanchez agreed with.

"She never would have done anything intentionally to put the kids in harm’s way ever,” he said. “And that means she was not negligent or anything like that."

Eventually, the fumes from the fire became too much and they didn’t make it out of the home.

"They were overcome with the smoke," Sanchez said.

He wants to get out a simple message to anyone who might find themselves in a similar situation.

"If you breathed or have been breathing any of that smoke, get out of there, get your family and get out,” he said.

"If at any point in time you have doubt, get out. That is always the first thing,” Dep. Chief Romeo Gervais said. “Your safety is always the most important.”

Gervais told KTVB there are three things that someone should do whenever there is a house fire or a fire in a business.

“Activate that fire alarm system and call 911, so that the firefighters are coming to help put out that fire," he said. "The next thing is actively ensuring people in the immediate area are evacuating. And the third thing is really assessing or attempting to fight that fire.”

WATCH: Boise Fire deputy chief shows how to properly use a fire extinguisher 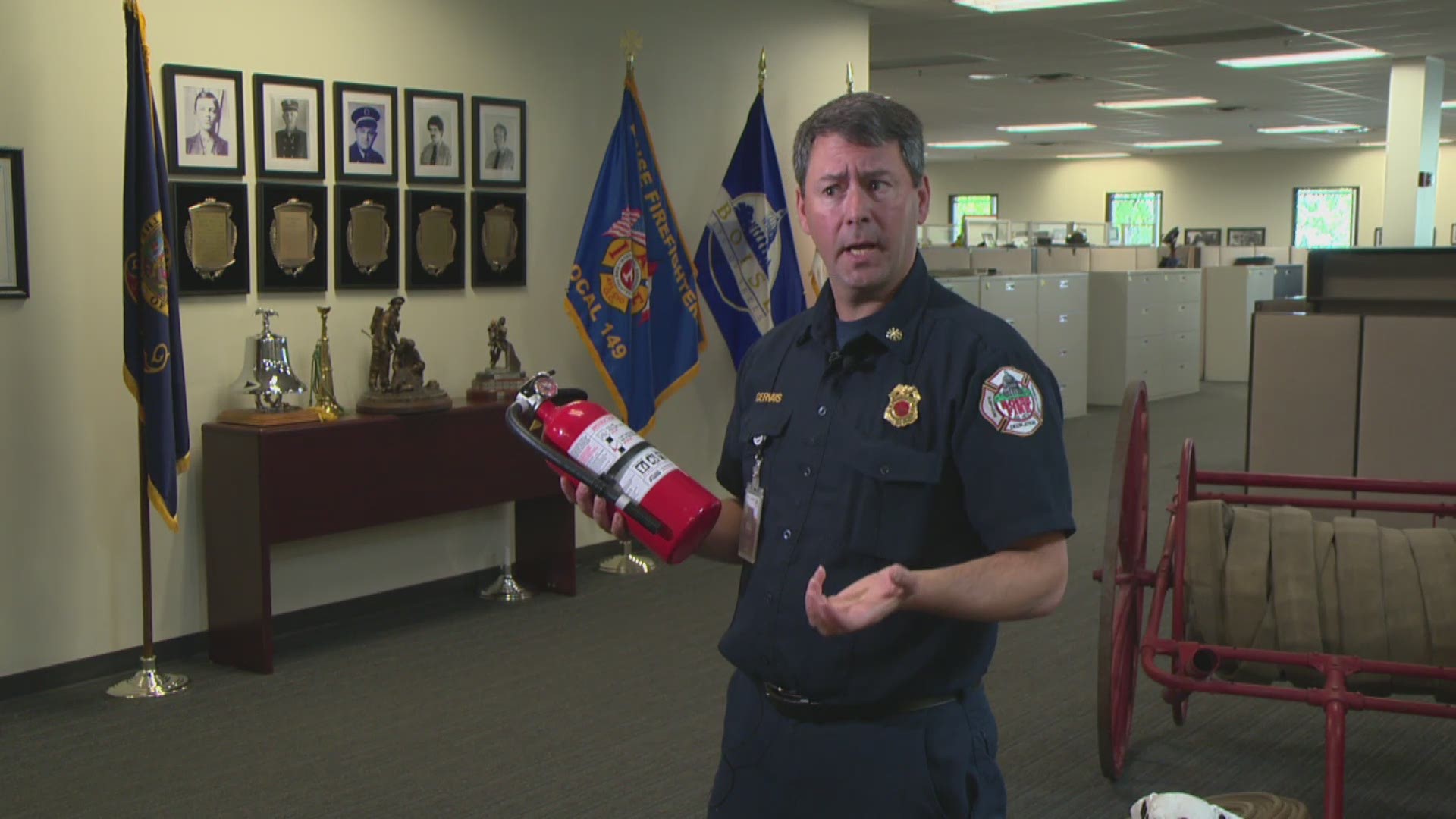 Every house fire is different, but Gervais said there are a few things to consider when you think about trying to fight the fire on your own.

It has now been nine days since the fire, and Sanchez reflected on the last memory he had with his kids.

"I grew up in Salmon, and Ryker and Rylee's aunt and uncle and cousins live there and their grandma, and we went up to visit everyone,” he said.

It was a 4th of July trip filled with memories that will resonate with Tony for the rest of his life.

"Every day was filled with swimming in the hotel pool, visiting family and friends and showing them my old stomping grounds, where I grew up,” he said. “I was excited because I got to relive a lot of things that were fond memories to me.”

The memories of exploring his hometown is now a gift while he adjusts to life without his kids.

"To me, looking back now that trip was a gift, that I'll always treasure,” he said. “So, I'm grateful that it worked out.”

He now has a message to other parents who haven’t experienced the loss he has.

"Make every moment count because clearly we have no control over certain things,” he said.

Boise Fire previously said that there were no working smoke detectors in the home when the fire started.

Both Rueckert and Sanchez said that in this specific situation, the lack of smoke detectors were not the difference between life and death. Instead it was because the family tried to stay and fight the fire for too long.

“With all my heart, I believe Jana did everything she could, and she was an awesome, awesome mother,” Tony said. “I want it to be made clear above all else, she was the mother you want for your kids. Absolutely.”