The fire - now about a half-mile from the popular recreation area - is burning next to two critical roads in the area. 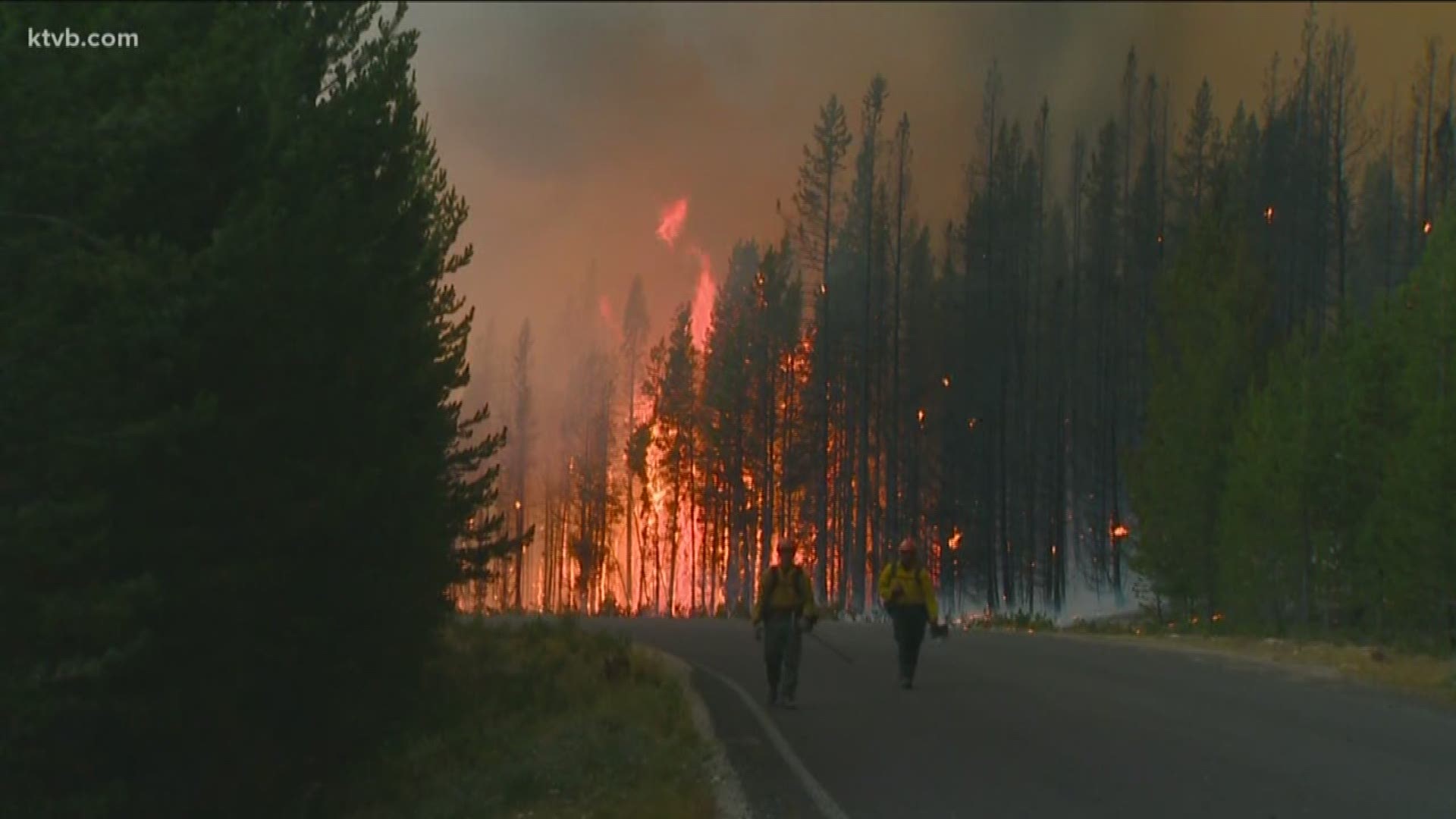 MCCALL, Idaho — Crews are managing to keep a troublesome fire away from buildings in the small community of Burgdorf.

The Payette National Forest said in an update late Thursday afternoon that the Nethker Fire has begun to bun into an old fire scar to the northeast, which is expected to slow its progress in that direction.

On the northwest side of the fire crews have been successful in holding the fire line south of Burgdorf Hot Springs, a popular recreation area about 30 miles north of McCall.

"That’s where our efforts are focused. We want to keep fire just completely away from them," Incident Commander Taiga Rohrer said. "If push comes to shove, and that doesn’t work then we would try to prevent fire from reaching those structures as much as possible."

Crews whose sole mission is to protect private structures are on site. Fire officials added that the community of Secesh is not currently threatened by the fire. This doesn't mean they shouldn't have a plan in place just in case the wind shifts and moves closer to them.

"They should be getting set. The fire is a few miles away, but it isn’t eminently threatening their community," Rohrer said. "But there is nothing worse than not having a plan and not being ready and trying to scramble as has happened on many fires."

Credit: InciWeb
A map showing the Nethker Fire on Thursday, August 8, 2019. Burgdorf Hot Springs sits about a half-mile to the north of the fire area.

A temporary flight restriction is in place over the fire area, and fire crews are asking people to not fly drones over the fire.

"If there is a wildfire, don’t fly your drones," Rohrer said. "It creates a huge hazard for our pilots, and it winds up quite often shutting down operations until we can ensure that airspace is safe again."

The Idaho County Sheriff's Office on Wednesday issued an evacuation order for Burgdorf as the wildfire began closing in.

In a Facebook post, the sheriff's office said a deputy was going door-to-door, issuing evacuation notices to residents in the area.

"If you live in this area and for some reason were not contacted by a deputy with word to evacuate, please be proactive and leave the area," the Payette National Forest posted.

Both Warren Wagon Road and Burgdorf Road have been closed as the Nethker Fire continues to push to the north toward the community, which includes the historic Burgdorf Hot Springs.

By Thursday evening, the fire had grown to 1,100 acres and was 5% contained, according to the Payette National Forest, with more than 350 people assigned to combat it.

The Nethker Fire is believed to have sparked Sunday with a lightning strike, and is burning in heavy timber.

Fire activity increased on Tuesday, and by Wednesday, the fire was within a half-mile of the hot springs.

A KTVB crew in the area saw flames burning right next to Warren Wagon Road Wednesday evening, and a Payette National Forest spokesman said the fire had jumped Burgdorf Road.

Both of the roads are critical for access to remote communities like Burgdorf, and crews were hoping to use them as fire lines in an effort to contain the blaze. 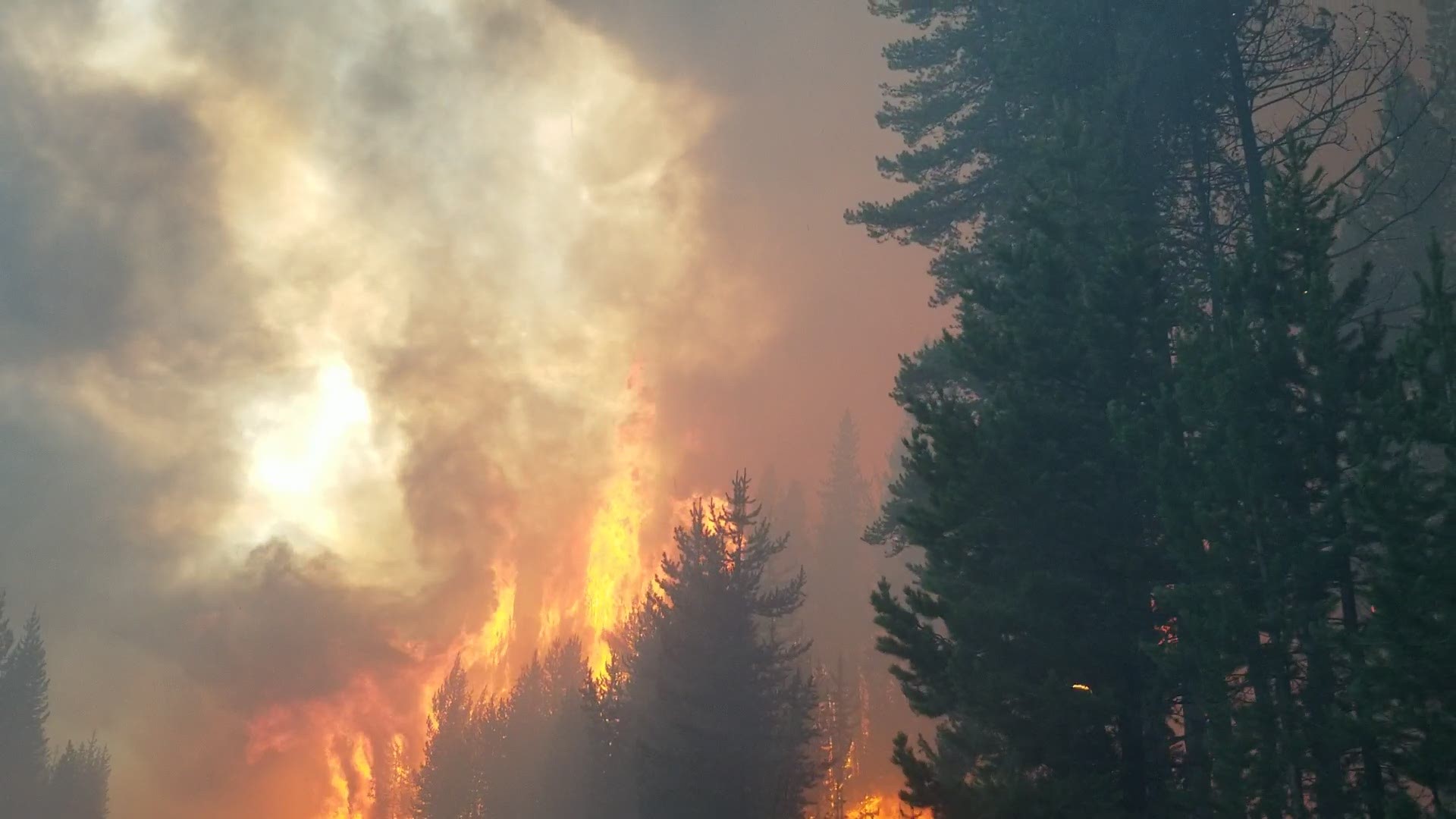 Scott Harris, whose family has owned Burgdorf Hot Springs since 1922, told KTVB Tuesday night that he was preparing to evacuate for a second time this week. Twenty guests that were staying at the resort's cabins were evacuated on Monday. The hot springs reopened Tuesday on a limited basis.

"Hopefully this thing will literally blow over," Harris said. "But we don't know, it's certainly threatening at this point. Hopefully that will be enough, but if the fire comes in with a vengeance from the east, we'd be in big trouble."

Harris spent the better part of Wednesday preparing the buildings at Burgdorf Hot Springs for the approaching wildfire.

"The wind could shift at any minute," he said. "We have a pump at the pool [and] we are wetting roofs that are in jeopardy of flying embers," Harris said.

1 / 25
Logan Schenk/KTVB
The Nethker Fire is burning about a half-mile from the Burgdorf Hot Springs.

A community meeting took place at 7 p.m. Wednesday at the fire station in Secesh Meadows to provide more information to residents.

Firefighters are focusing on the north and east sides of the fire, with a priority on defending Burgdorf Hot Springs, a nearby Forest Service guard station, and road access to the communities of Secesh and Warren.

The west side of the fire has not shown growth over the past few days, officials said. 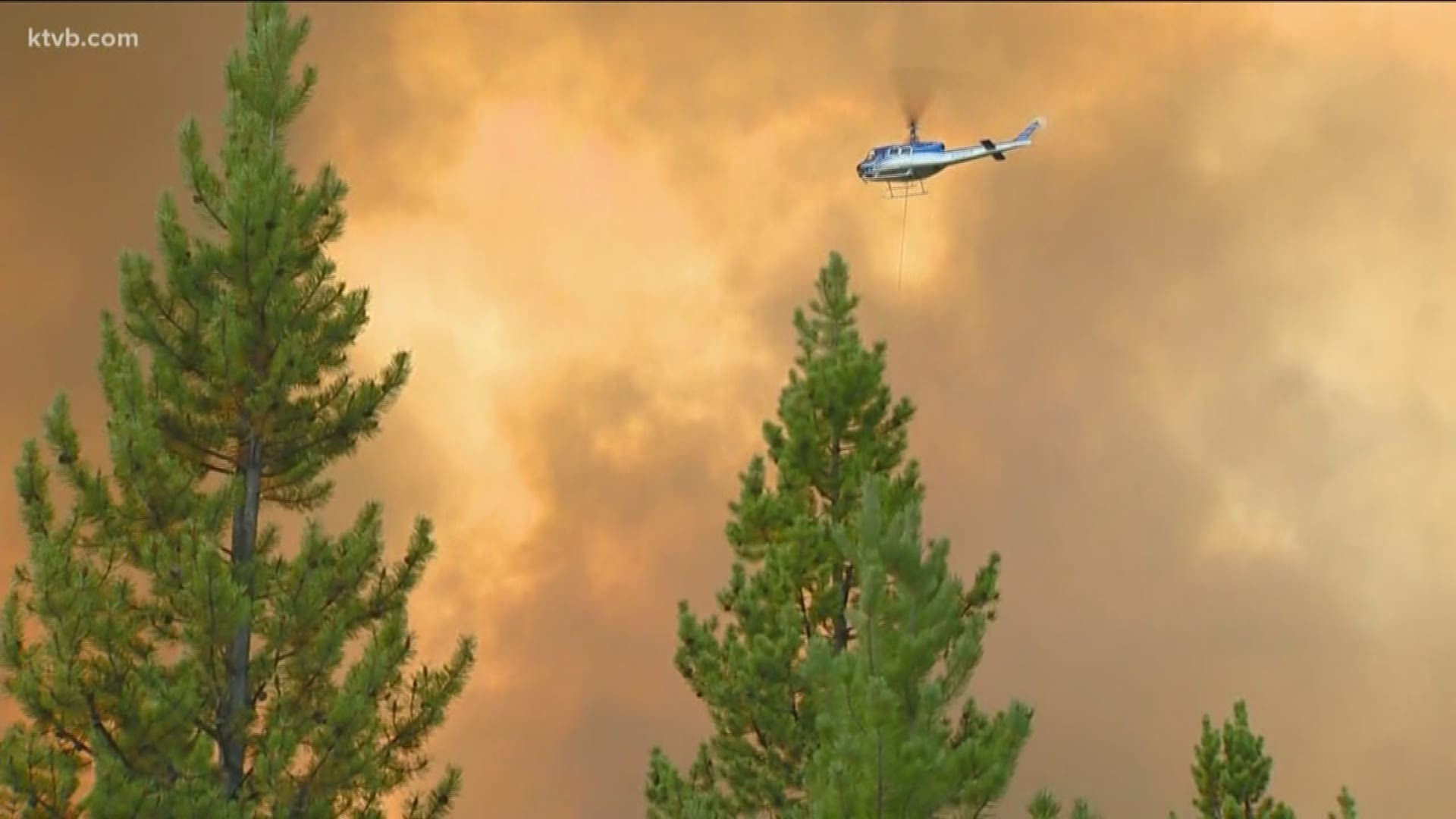