What power does the governor have during a state of emergency in Oregon?

A professor of law explains the power Gov. Kate Brown has during the coronavirus pandemic. 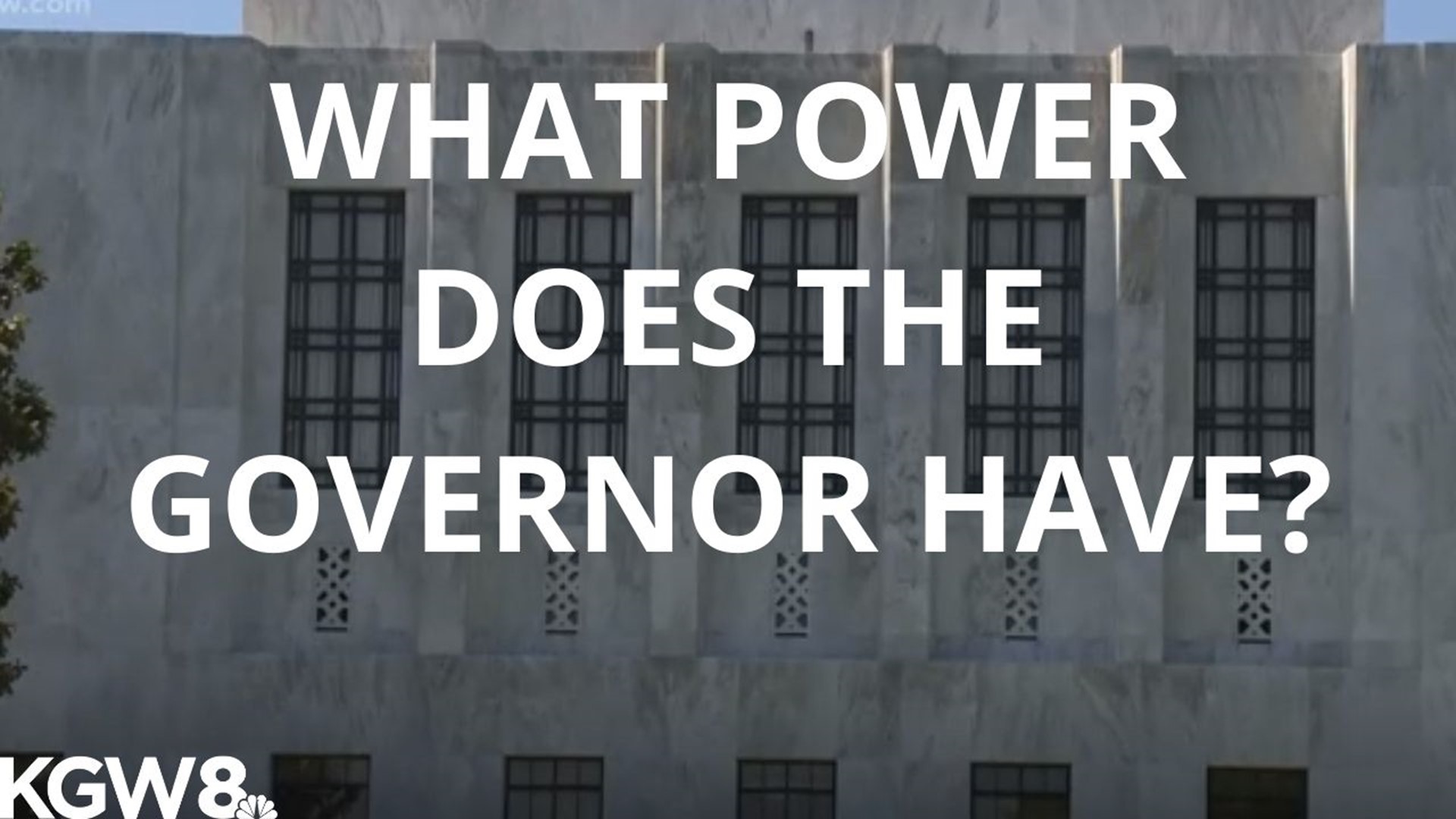 PORTLAND, Ore. — Who’s the boss? It’s a simple question, but in the context of the coronavirus pandemic in Oregon, the answer is not so simple, and the question certainly leads to some opinionated takes.

In Monday night’s The Story with Dan Haggerty, some people took exception when Haggerty said Gov. Kate Brown was in charge of all things pandemic-related in Oregon.

The story that sparked Haggerty’s comment on Monday was a restaurant in Colorado going gangbusters for a Mother’s Day brunch. The restaurant opened against the state’s orders. Haggerty said they were “breaking the law.”

And some people pushed back on that.

So, The Story team went searching for answers and talked with Paul Diller from Willamette University’s College of Law. Diller said he's been researching the powers Gov. Brown is relying on during the pandemic.

He broke it down like this. Right now, Oregon is in a state of emergency. The governor makes that call during events like an earthquake, an invasion, or in this case, a disease. It allows her to make orders that have the force of law.

Under the governor’s order, by law, constitutional rights have been adjusted. For example, you still have the right to assemble. You’re just supposed to assemble six feet away from the nearest person right now.

In fact, that’s how police were able to break up a demonstration in Salem earlier this month when a salon owner decided to violate Gov. Brown’s order and open shop. Police didn’t arrest anyone, but they could have. The state is focused on educating people rather than strictly enforcing the law right now.

There is also some confusion over how long Gov. Brown retains this authority. Some thought her order expired after 30 days. It doesn’t. It’s still in effect.

Some of the confused appeared to stem over a misunderstanding between the state of emergency statue and the catastrophic disaster provision. The latter needs to be passed in the Legislature, and it's for even bigger disasters, like nuclear war or “The Big One.”

Diller explained even more differences between the two.

So, the only way this executive order will end is when Gov. Brown decides it’s over or if lawmakers call a special session and overrule it.

As for if what the governor has done will hold up in a court of law, we may soon find out.

A group of churches in Eastern Oregon are suing Gov. Brown. They argue that her stay home order should have been classified as a catastrophic disaster, and therefore be subject to the 30-day expiration date.

But right now, it doesn't. There is no 30-day expiration. And every order has the full backing of Oregon law.

You can watch The Story with Dan Haggerty at 6 p.m. Monday-Friday. If there's a story you would like us to dig deeper into, you can email thestory@kgw.com or use the hashtag #HeyDan on Twitter.