At least 5 people have died as a result of street racing since June 2020. 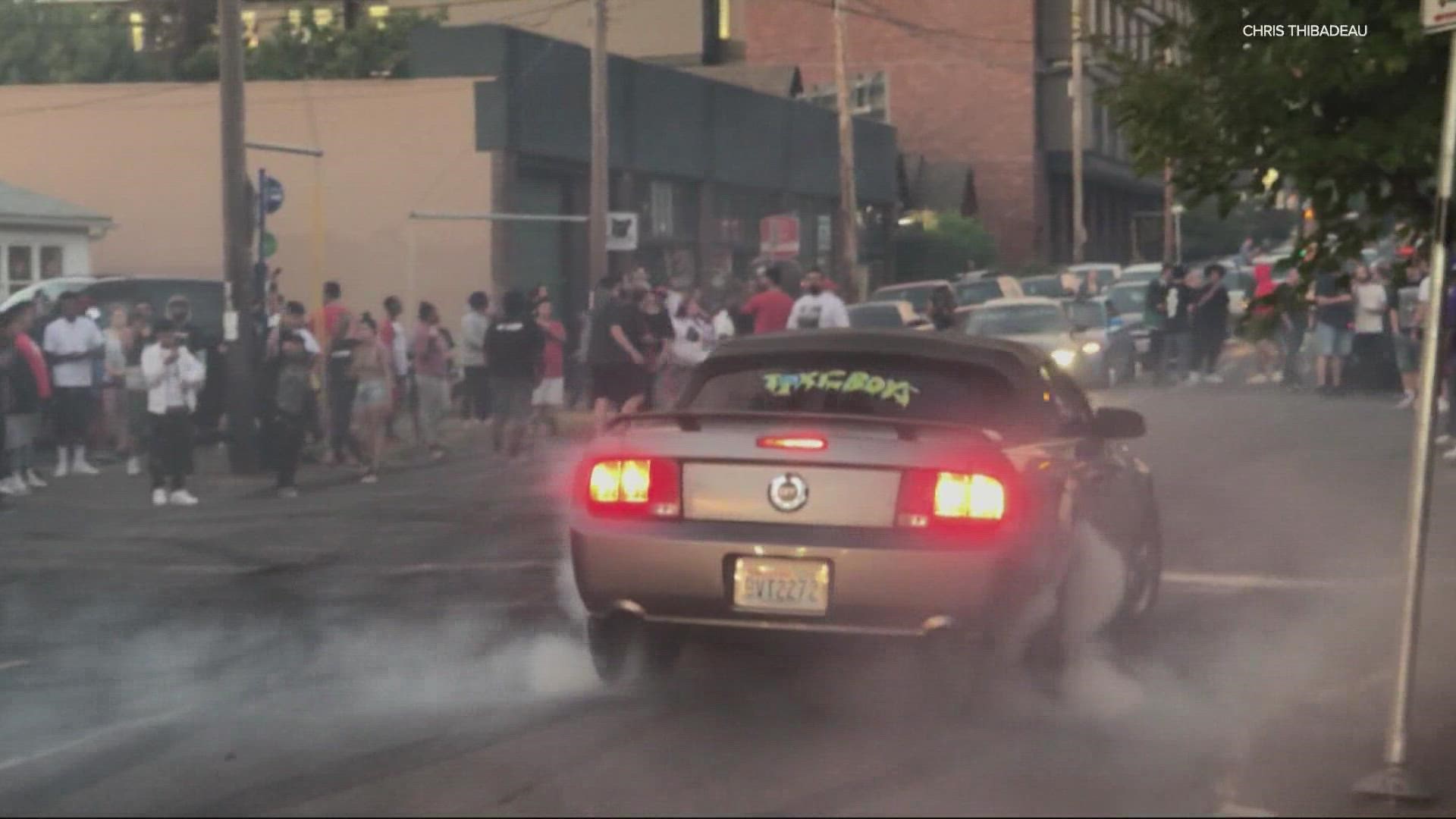 PORTLAND, Ore. — After a spate of several high-profile street racing events in Portland, city council voted this week to create a new ordinance banning the act.

The ordinance would fine street racers $500, and they could get their cars towed and could get prison time.

Hours-long street racing events have made headlines in recent weeks on Portland streets. Most notably, hundreds of spectators and racers blocked off the intersection of Northeast Martin Luther King Jr. Boulevard and Columbia Boulevard for three hours on the night of Sunday, Aug. 1 without any police interference.

According to Lt. Greg Pashley with Portland police, there was one reported crash but no reported injuries. Because of the congestion and the crowd, Pashley said police and medical crews made no attempt to enter the intersection and intervene.

"Police were prepared to respond to calls related to specific threats to life, which we did not receive," Pashley said.

Last November, police broke up a street racing event that blocked off the same intersection. According to Pashley, that event was broken up and led to arrests because at the time, there was a traffic division.

According to Portland police, at least five people have died as a result of street racing since June 2020.

The state of Washington, along with Portland's neighboring cities, have laws outlawing street racing, but prior to the ordinance passing this week, Portland did not.

"We believe that this ordinance gives us a really important tool to deal with not only the people engaged with the dangerous driving activity, but the people who are legitimately facilitating the event," said Deputy Chief Chris Davis during a city council meeting on Wednesday. "That doesn't mean just everybody who happens to be standing around, but the people who are helping to shut down the roads and organize these events, if you will."

Officers also wanted to emphasize they don't plan to just throw people in jail, because they thought that would create equity issues. They're hoping diversion programs already in place for dangerous driving will help those individuals.

KGW News reached out to see if Portland police has the staffing to respond to street racing events with the new ordinance in play. They didn't respond directly, but said they now have the power to tow cars, and have more ability to respond after the fact by tracking down license plates and going after people after the event wraps up.