Senate Bill 554 would prohibit firearms from public buildings and remove an exemption for licensed concealed guns in certain areas. 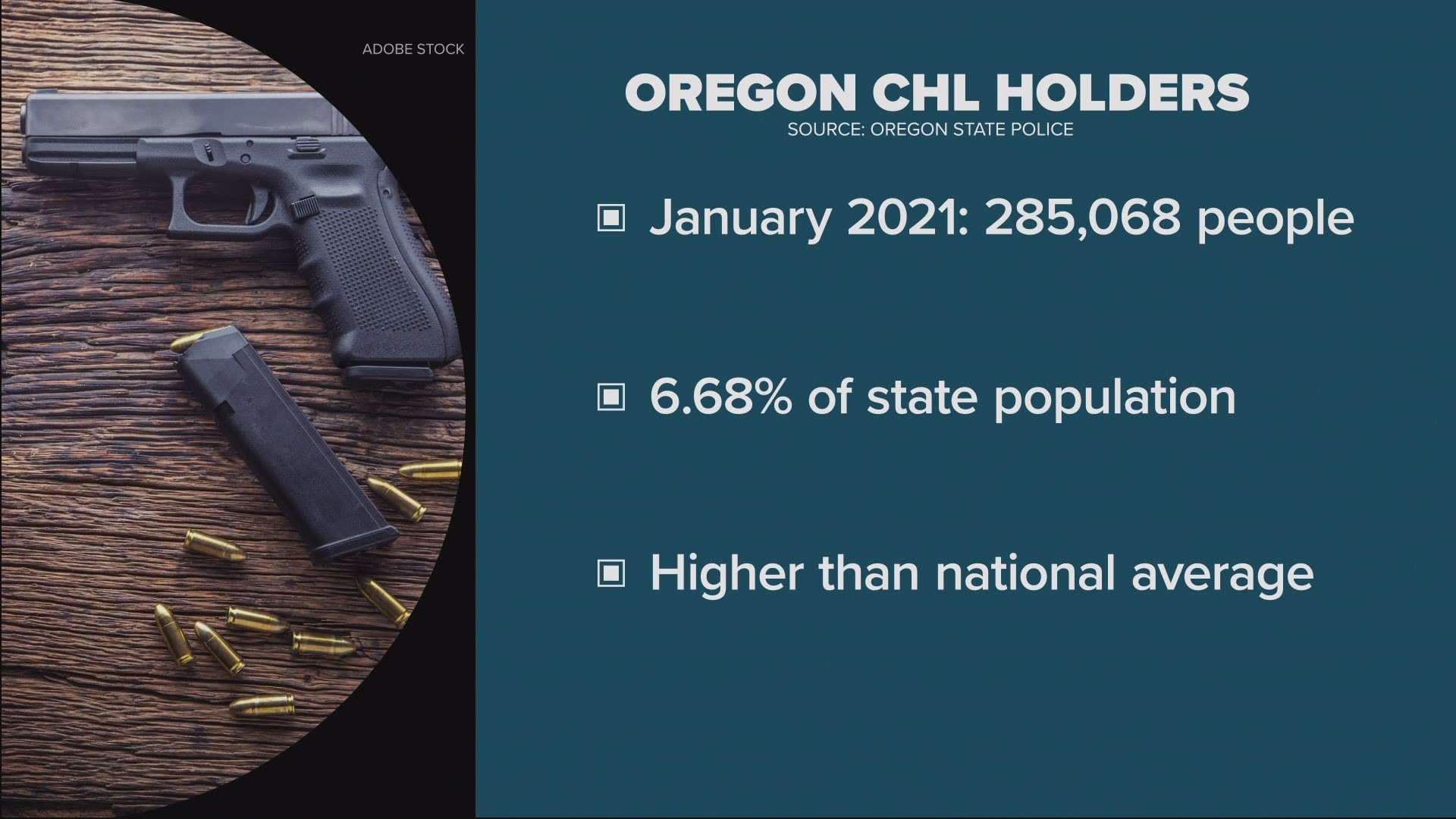 SALEM, Ore. — There are a few stricter gun laws being discussed by Oregon lawmakers during this year’s session. One of those bills is Senate Bill 554, which would prohibit firearms from public buildings like Oregon’s Capitol and would allow local government buildings, school districts and universities to set up their own gun rules and “gun-free zones.”

If you have a gun in one of these “gun-free zones,” even if you have a concealed handgun license (CHL), it would be a felony.

People in favor of sweeping reform are welcoming the bill, while Oregonians with a CHL are saying, hold up.

People with a CHL go through the strictest pathway to gun ownership. They must have proof of handgun training, show identification and get a background check. That means they haven't been found to be mentally unstable, they don't have any restraining orders, they haven't been dishonorably discharged from the military and they haven't been convicted of a felony.

These Oregonians feel like this bill will setup "minefields" throughout the state that could turn a law-abiding gun owner into a felon just because they walked into the wrong building or campus.

“Well, there is a part of the bill that requires signage indicating that guns are not permitted,” Diller said. “So, certainly for entering a building -- a gun owner should be made aware under the statute that they are not allowed to bring a firearm into the building. As you get into more public areas like lawns or courtyards, I would imagine there's some requirement for signs but that's where there could be a little bit more fear.”

Despite four hours of discussion and overwhelming opposition by gun owners and Republicans, the bill passed in the Senate, 16-7, on Thursday. It will now move to the House. Republicans in the House will likely echo the remarks of those in the Senate.