Take a look inside Boise's historic O'Farrell Cabin on Saturday

The cabin was built in June of 1863, about a month before Boise was incorporated. 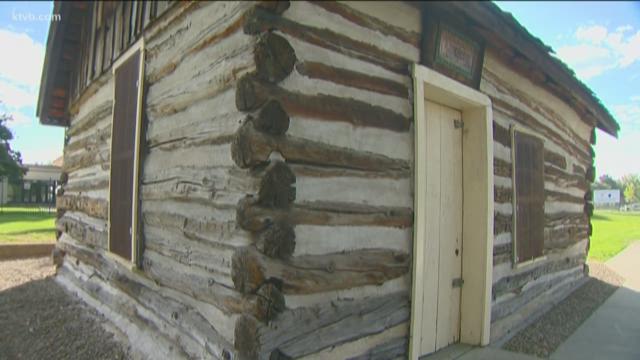 BOISE — This weekend you can take a look inside one of Boise's oldest homes.

The O'Farrell Cabin at 450 West Fort Street was built in June of 1863, about a month before the city of Boise was incorporated.

The cabin was originally on the south side of Fort Street, but was moved to the north side of the street as the city grew.

The Daughters of the American Revolution acquired the cabin and began working to restore it in 1911.

A DAR plaque placed outside the cabin says it was the first home in Boise to shelter women and children.

"It's a neat building because of how old it is, but it's also really cool because it represents early preservation efforts in the city of Boise," said Brandi Burns, Boise Department of Arts and History.

"It's really great that the parks department is opening it up for everyone to see. It's fun to get up close to original structures like this."

Everyone is welcome to see the O'Farrell Cabin up close during a public open house scheduled for 9 a.m. until noon Saturday.

City of Boise staff will be there to answer questions and provide more information about this historic building.

Admission is free, but there is no parking at the cabin site.