In addition to the abnormally warm weather, much of the state is grappling with drought caused by below-average rainfall and early-melting snowpack. 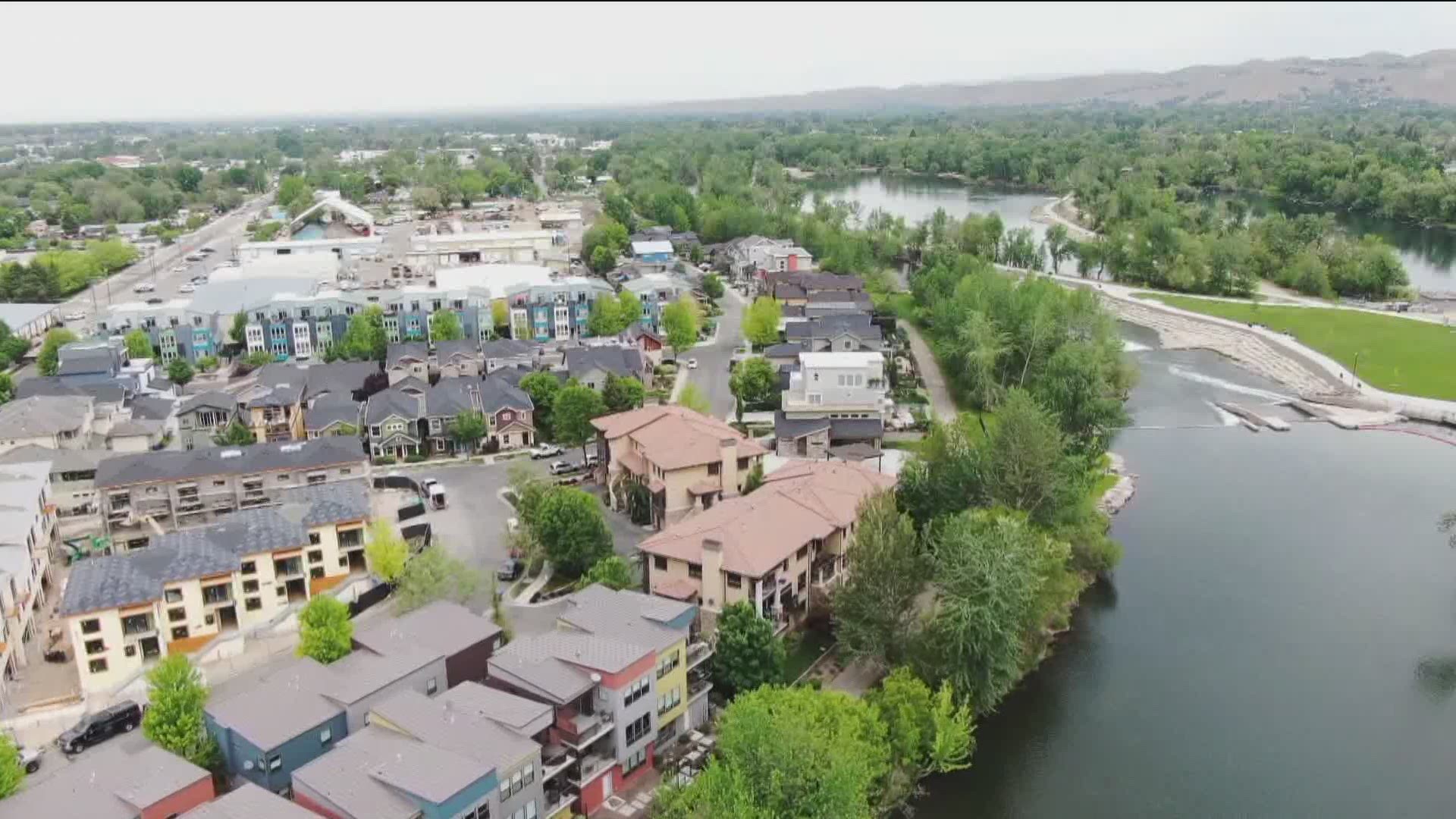 BOISE, Idaho — SUEZ Water is asking its customers around the Treasure Valley to take steps to conserve water as the area as triple-digit highs continue to broil southwest Idaho.

"Each day, we're faced with hundreds of choices. Every decision we make shapes the world around us," the water company wrote in a statement.

The company is seeing unusually high demand from customers according to SUEZ communication, conservation and education coordinator Katie Birkenstein.

"Even in mid-June we're seeing [demand] highs that we don't normally see until August," Birkenstein said.

The National Weather Service has issued an excessive heat warning for portions of southeast Oregon and southwest Idaho below 5,000 feet. In addition to the abnormally warm weather, much of the state is grappling with drought caused by below-average rainfall and early-melting snowpack.

"We're seeing that they melt out a month or so earlier than normal. And that can have a significant impact on water supply later in the season," said Tim Luke, the Idaho Department of Water Resources' Water Compliance Bureau Chief. "And that can be correlated to climate change."

There are several things that average Idahoans can do to conserve water and energy.

SUEZ Water suggests watering in the morning or later in the evening, and adjusting sprinklers to make sure they are not spraying the sidewalk. The company also recommends taking shorter showers and limiting the amount of time you run the tap while doing dishes or cleaning up can also help.

"We do live in a desert and we should be mindful that it is a renewable resource and it can be limited," Luke said.

Mandatory water restrictions or reductions have not been put into place in the Treasure Valley.

In the Magic Valley, the Twin Falls Canal Company has announced that they will cut back all water shares from 3/4 to 5/8 on July 6, resulting in an almost 20 percent reduction in the water supply to the City of Twin Falls' pressurized system. The company has asked customers to adjust their yard and garden watering schedules to lower-demand times, stick to their scheduled watering days, and not leave sprinklers running longer than necessary.

Boise tied for warmest June on record with 2015, while McCall was 4th warmest, Jerome was 11th warmest.

Below is a full list of tips for how to conserve water from SUEZ Water.