"6 Dynamic Laws for Success (in Life, Love & Money)" was shot in 2016 and was nominated for several awards, winning a handful of them, at film festivals all over the hemisphere in the last year. 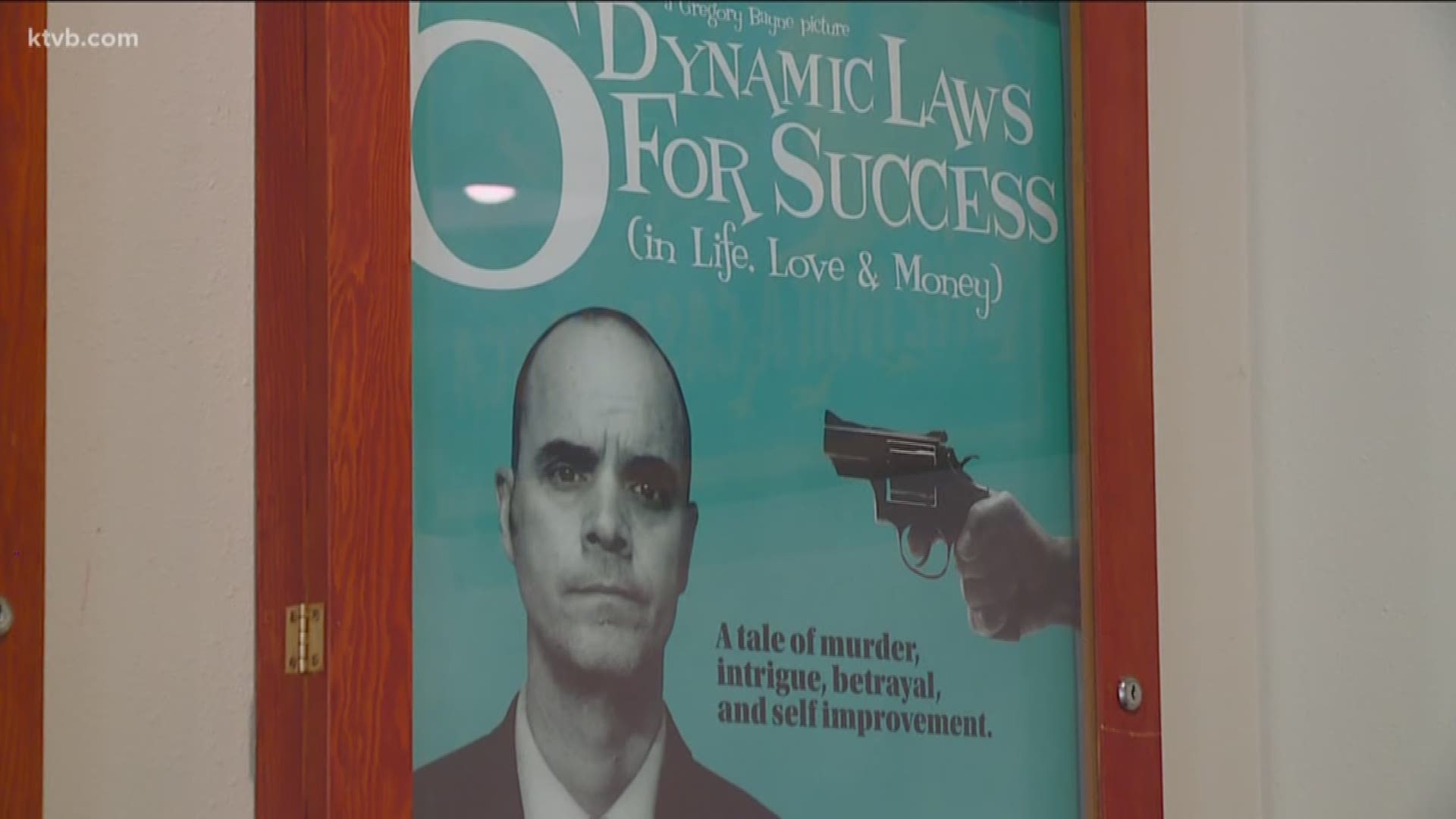 "6 Dynamic Laws for Success (in Life, Love & Money)" was shot in 2016 and was nominated for several awards, winning a handful of them, at film festivals all over the hemisphere in the last year.

Its success speaks to the caliber of talent in the Gem State, while giving exposure to our growing film industry. "6 Dynamic Laws for Success" is in its third week at the Flicks Theatre in Boise. Its run was extended another week because it's been doing so well.

The Flicks general manager, Josie Pusl, tells us it's rare for locally-made indie films to play at the theater for this long, but out-of-state and Boise audiences are giving it raving reviews.

"It's a noir comedy about a hapless fellow played by Travis [Swartz] that comes in contact with a book called "6 Dynamic Laws for Success (in Life, Love and Money)" that purportedly houses a coded message that leads to missing millions from a bank robbery gone bad. It's shot in black in white. It's a real throwback to a film noir and screwball comedies," the film's director and writer, Gregory Bayne, said.

The majority of the film was shot locally. The crew and most of the cast is also local.

"When you talk about making films in a small market, it's all about locations and relationships," Swartz, who plays the lead character, said, "And I think this film opened my eyes to the fact that there's some super talented people in this Valley and there's some super beautiful places to shoot."

Bayne left for film school and came back to start his career here in the mid-1990's. He and other professionals say the film industry is flourishing.

"It's definitely grown from when I started for sure," he said. "You're starting to see a rise of a community. and I think, you know, it just takes time. And we've hit critical mass now I think with population."

"My personal take is there's been a constant looking for something outside to come in, as opposed to building up the industry from within," Bayne added. "There also wasn't a crew here with a broad skillset that you would need to jump onto any sort of production. But I think those things are starting to build and I think as more people continue to make things on their own and with the ubiquitous nature of equipment, those things help start to build a community."

Bayne and Swartz say there are a lot of young, talented people entering the filmmaking community here locally.

"I don't think we have to look outside of Boise for the talent and the crew," Swartz added. "Boise definitely has the people and industry it takes to make a film."

"There's always going to be the possibility that bigger productions are going to be interested in shooting their films here if there's more of a workforce here," The Flicks Theatre general manager and i48 co-director, Josie Pusl, told KTVB, "I think that's the big thing in the last 10 years that locally has been slowly happening is just building this workforce; having crew and cast, actors and everybody trained and capable and good at what they do in order to be able to put together the people you need to do the film without having to bring everybody in from out of state,"

"Now they have tons and tons of filmmakers, actors working locally. Filmmakers are actually making a living here doing what they love. And that was never a possibility before," Pusl said. "As far as locations, you can do all kinds of things without having to leave the state."

Plus, Pusl, Swartz and Bayne say it's easy to shoot in Idaho because the market isn't saturated and most cities don't require permits.

"The Boise area is a really great place to shoot because it's so accepting of people showing up with their cameras and you don't get a lot of people asking for location fees and different things you might run into in a larger market. I think people still in the Valley get excited about a film project happening," Swartz said.

Idaho Film Office, a part of the Idaho Department of Commerce, numbers show the industry boosts Idaho's economy; the office tells KTVB hundreds of thousands to millions of dollars are spent by productions (mainly in-state) in Idaho every year.

But those in the community say funding is a challenge.

"There's always the gap, the funding gap. That's always the hardest thing," Bayne told KTVB. "Luckily there are granting organizations that have come up in the last couple years that have helped. And there's patrons of the arts."

"6 Dynamic Laws for Success" has supportive investors and fundraising behind it. Bayne says it cost "well under $100,000" to make.

"If you want to make your own films there's no excuse you can't make films in Boise. The trick is: Can you get that film seen outside of Boise?" Swartz said.

For the past year, this local project has been transcending the Boise market and getting praise throughout the industry worldwide. Its success is putting Boise, the Gem State, and Gregory Bayne on the map.