The Bureau of Land Management says firefighters are contending with "extreme fire behavior." 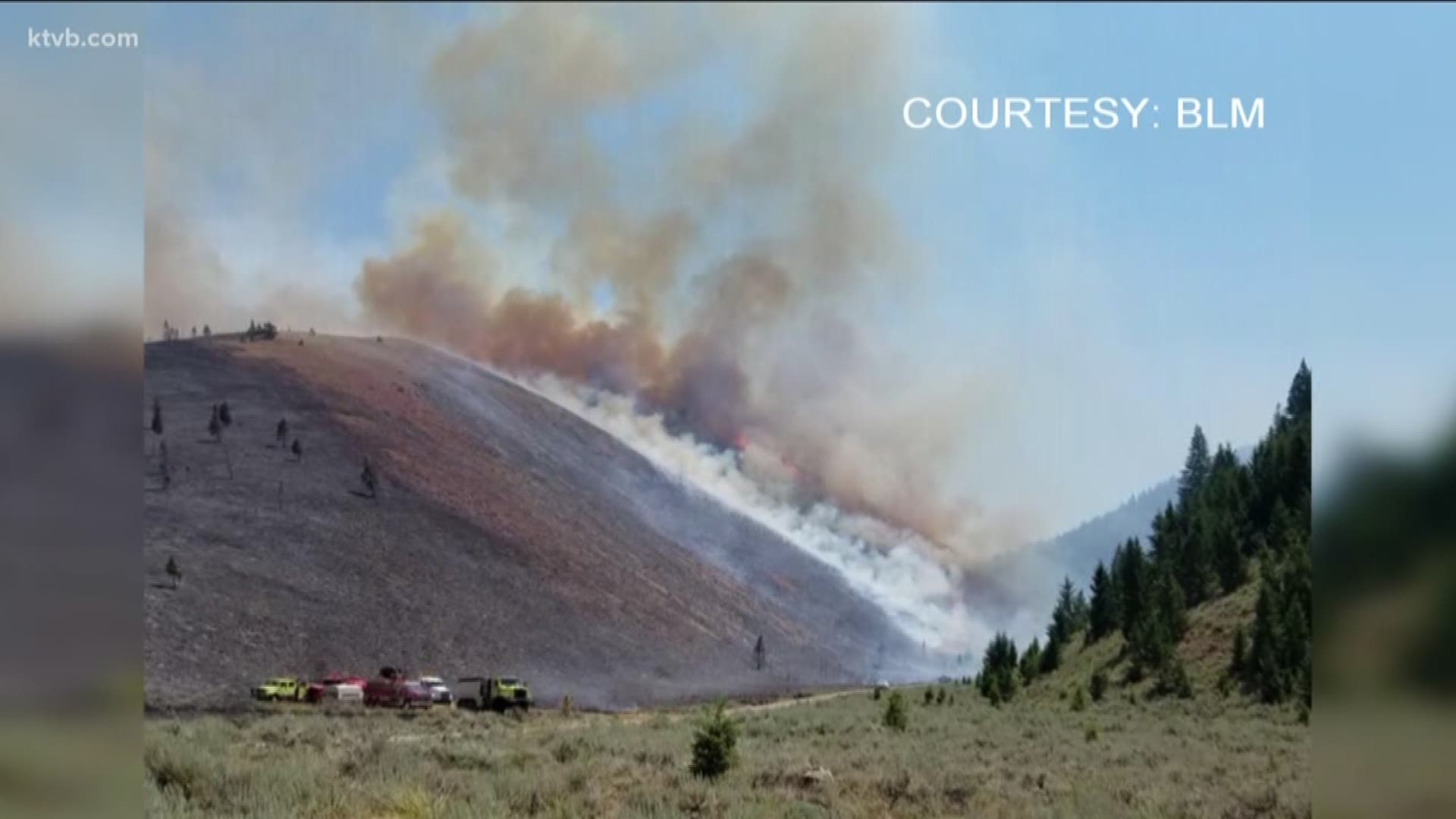 Evacuations are in place for all residences on Little Wood Reservoir Road and Flat Top Road north of the reservoir, as well as the Little Wood Recreation Area campground.

In addition, residents on Fish Creek Road have been placed on pre-evacuation notice Sunday night, although no residential evacuation orders are currently in place. Those who live in the pre-evacuation area are urged to gather their important documents, medicine, children, pets, and supplies and be ready to leave at a moment's notice.

The acreage burning is a major increase in size from Sunday evening, when fire crews said the blaze was only about 3,000 acres.

Fire officials say an exploding target sparked the fire. According to BLM spokeswoman Kelsey Brizendine, the blaze began on state land, then spread onto BLM land.

Exploding targets, along with tracer rounds and fireworks, are illegal to use on public land between May 10 and October 10, when dry summer conditions increase the risk of fire. Authorities have not identified the shooter whose target started the fire.

Structures are threatened in multiple areas, Brizendine said, although none are yet in "immediate danger." BLM officials have identified several areas of concern that could be in peril if the fire changes direction.

Crews worked through the night and are currently contending with extreme fire conditions, as well as difficult terrain, gusty winds, high temperatures and low humidity.

The blaze is currently pushing east toward the town of Carey. Deputies are working to get livestock out of the area, even using patrol cars to herd sheep to safer ground.

The Blaine County Sheriff's Office urged residents to respect all road closures and evacuations, and practice situational awareness in the fire area.

The Sharps Fire is fast-moving, with firefighters battling "extreme fire behavior with running, spotting and torching," according to the BLM. More than 100,000 gallons of water and retardant have been dropped on the fire so far.

Fire officials do not yet have an estimate on when the blaze will be contained or controlled. Check back for updates.