The company put cameras on their buses a year-and-a-half ago to try and catch drivers in the act.

NAMPA, Idaho — Brown Bus Company is asking all drivers to do a simple thing, stop when you see a school bus with its red flashing lights. It’s the law for one, and the company wants to keep the kids trying to get to and from school safe.

Operations Manager Brent Carpenter told KTVB their bus drivers see people going through the stop arm on a regular basis, but because of everything that bus driver is focusing on, they're not always able to get all the necessary info to report it to police.

“It's really an epidemic, it happens so frequently we can't get all the info to really make an impact to cite those drivers, so they know they're doing something wrong,” Carpenter said.

A year-and-a-half ago, Brown Bus Co. put cameras on a handful of their buses, so they can have video evidence and turn that over to police.

Video from one of those cameras caught a car going through a stop arm on August 23, 2018. That video is below. 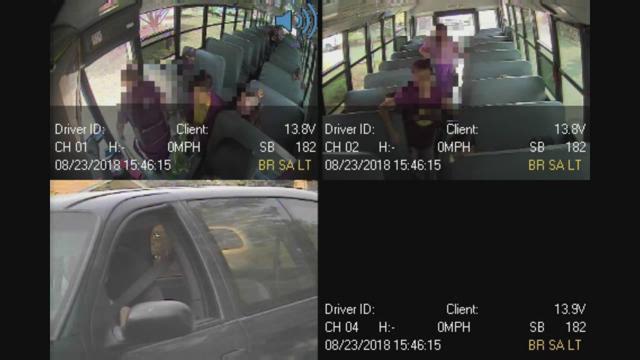 A concerned parent sent KTVB a video of a separate incident that happened the second week of September. It shows a school bus coming to a stop, putting out the stop sign and then honking at a car coming the opposite direction. It’s unclear in the video where the video was taken exactly in the Treasure Valley. 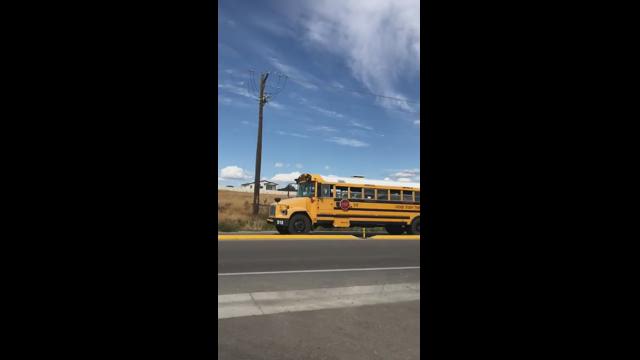 Those are two situations that were caught on camera, and Carpenter said with video evidence, there is a stronger chance law enforcement will be able to cite the drivers. However, Brown only has cameras on a handful of their buses. It’s up to the bus drivers to get the info of the car when there is no camera.

"Where a driver will run a stop arm, what our drivers are trying to get is license plate number, make and color of the vehicle and description of the driver,” Carpenter said.

The driver will also provide information like what street it happened on, the time of day, and estimated speed the car was going. Carpenter said trying to do that and take care of a school bus filled with kids isn't so easy.

“So, they're paying attention to things happening behind them as students are getting ready to cross,” he said. “As they're maybe standing there making sure they're clearing everything around the wheels and clearing the mirrors and making sure there are no students around there."

Carpenter had a message to convey to drivers the next time they’re out on the roads and see a bus with its red flashing lights and stop arm out.

"They need to look at those situations as if it’s their kids on those buses,” he said. “Whatever precautions you would take to protect your personal kids, we would want you to extend those same precautions as you're driving."

This is something that got the Legislature's attention during their 2019 session. They passed a bill that the governor eventually signed that increased the fines for drivers who ignore the stop signs on a bus.