Sunday morning, Evan and Jamie Lunt made it half way up Chairlift One at 49 Degrees North when it suddenly came to a stop. 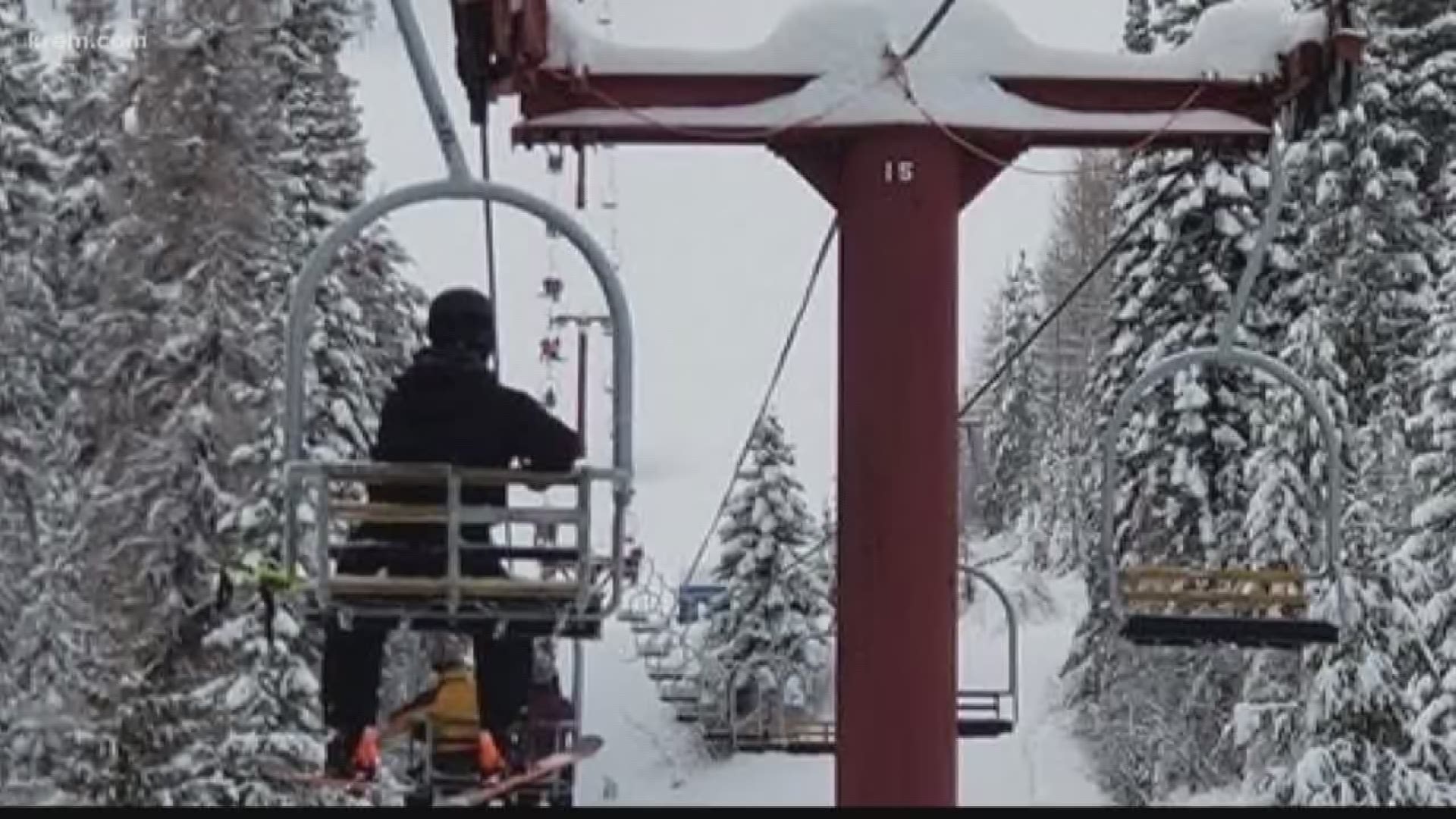 On Sunday morning, Evan and Jamie Lunt were halfway up Chairlift One at 49 Degrees North when it suddenly came to a stop.

While waiting for the lift to start up again, Jamie posted on Facebook, "What can we say, we have NO LUCK at 49 Degrees North. First run of the day and we get stuck on the chair lift half way up --- again."

The last time this couple got stuck on that same chairlift, they saw the chair in front of them fall with people on it. Thankfully, no one was hurt.

"My initial reaction was, 'Why?? Why us? Why does this have to happen to us?,'" Evan said. "We didn't think this would happen again. We just have really bad luck with that chair."

This time, the chairs remained intact. Turns out, the power went out.

"My wife had called the lodge to see what happened," Evan said. "They said that the power went out. So we could be stuck up there for an hour and a half."

She said mountain operations responded by switching to auxiliary power to get lifts moving and guests unloaded safely, and 25 minutes later, the power came back.

Evan and Jamie resumed their day in the snow after the lift started moving again.

"These kind of things happen where you can't control it," Evan said. "We still had a fun time. Weather was great, snow was great!"

The first time we shared the couple's story, they said they would definitely return to 49 Degrees North.

We asked same question again, and they still said they'll be up at 49 Degrees North the next chance they get.