What you need to know about getting a Star Card: From the personal documents to the wait times

Starting on October 1, 2020, you're going to need a a Star Card or some type of federally compliant ID to fly. 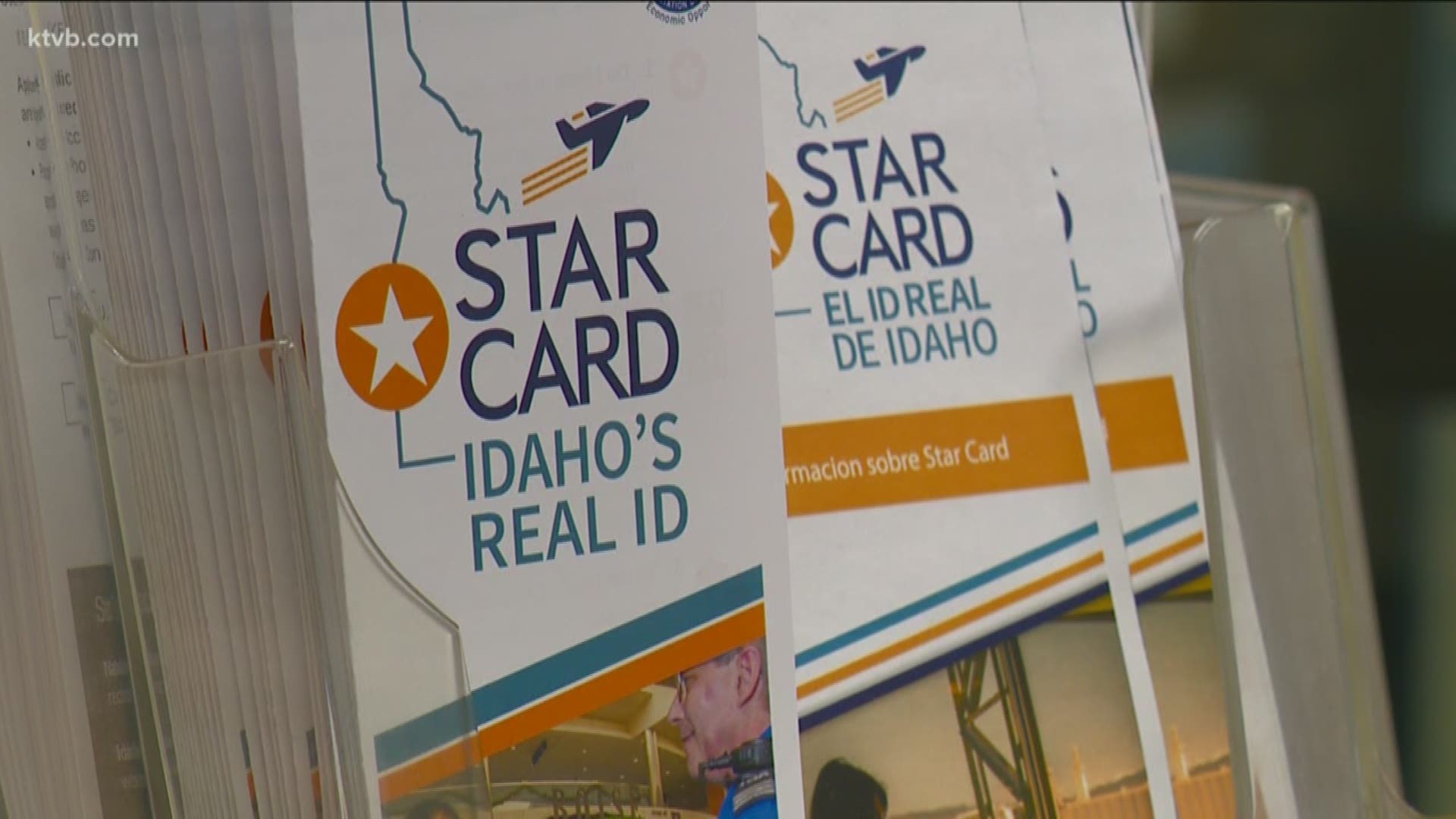 BOISE, Idaho — We're only one week into the new year, but if you plan on flying anywhere nine months from now, you might want to add getting a Star Card to your ‘to-do’ list.

“Starting on October 1, 2020 if you want to be able to fly or access a military base or get to a federal courthouse, you're going to need a Star Card or other sort of federally compliant ID to get through,” said Idaho Transportation Department spokesperson Jake Melder.

To get the Star Card, you'll need a number of documents, which include: one that establishes your identity -- such as a birth certificate or a valid passport. You'll also need a Social Security card or a W-2 form and two documents that show proof of residency, such as a lease or a public utility bill with your name and address.

RELATED: Real ID deadline to fly commercial in the US is this year

Laurie Lowe showed up at the Drivers License Office to get her Star Card, with just her passport in hand, but walked out without getting the Star Card.

“I found out that they needed more than that,” Lowe said.

She's not in a hurry though because she found out she’ll still be able to use her passport or a passport card to fly.

“They told me that if I just bring the passport with me to the airport that would work, so I decided to go ahead and just do that rather than try and get a Star Card,” Lowe said.

RELATED: Real ID deadline for airports one year away

For Sue Thompson, the entire process was a breeze.

“It was painless, we just brought everything we needed, first I went online and got the list, came in, got the number sat down and it took us about one hour,” Thompson said.

“It was simple, I mean we had to wait an hour, but we were lucky, there wasn't a line here,” Palsulich said.

But not everyone has been so lucky.

“What we're seeing in some counties though is that between the growth and then the demand of people wanting to rush to get their Star Card, a lot of people are going to the same location for the same service and that is creating a little bit of congestion,” Melder said.

In Owyhee County, the assessor told KTVB they're seeing wait times of two or more hours because they're helping residents from Ada and Canyon County, and that's creating a backlog.

In Ada County, the sheriff's office told KTVB average wait times range between 12 and 50 minutes, depending on the day of the week.

While in Canyon County, average wait times range from 55 to 80 minutes.

“The biggest advice is know ahead of time is what to bring because if you come here and you wait and you don't have the documents, you're going back home and you're going to have to start it all over again,” Palsulich said.

Ada County residents can also make an appointment, but plan ahead, all appointments for the next three months are currently booked.