Before and after: Sawtooth rock slide topples mountain-top climbing landmark

"The entire spire came down." Use KTVB's interactive slider to see the damage after Friday's 4.2-magnitude earthquake near Stanley. 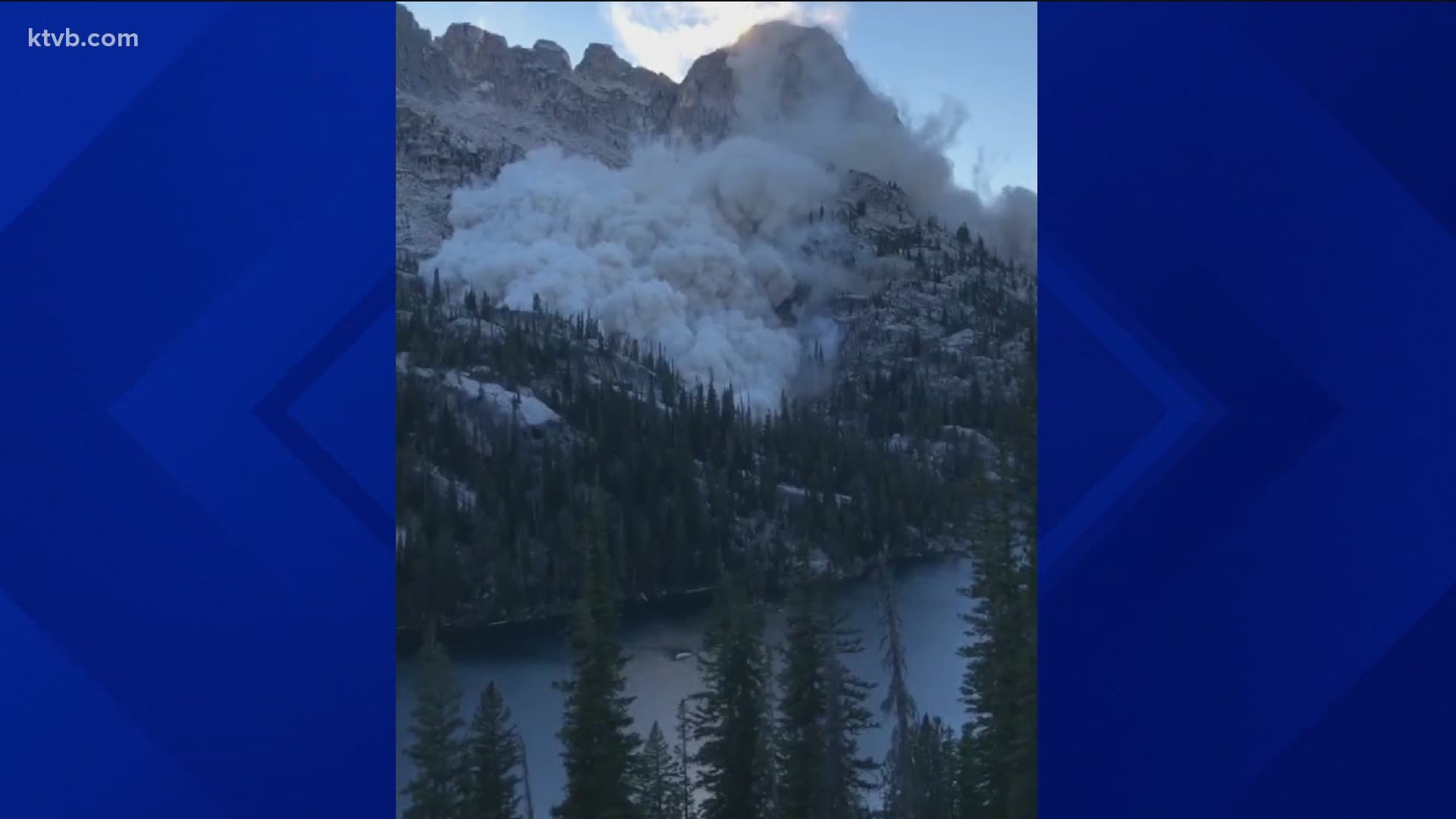 Backpacker Katy Murphree and her boyfriend were camping along Baron Lakes that night and witnessed the rockslide and the destruction of Baron Spire.

"I have never seen anything like that before," she told KTVB. "I felt it and looked at him and yelled, 'Earthquake!' and then right at that moment we heard what sounded like an explosion. It was the loudest explosion I have ever heard and we look over an ad the mountain top is just crumbling down."

Murphree said there were a few moments of pure panic before the dust settled.

"Finally when the dust settled, you could hear people screaming back and forth, are you okay, we couldn't tell where they were, we just knew there were people over there somewhere, we knew that they were safe and okay," she recalled.

"They were directly below the spire that fell and toppled down but the rockslide went on either side of them and completely missed their camping spot," she said.

Baron Spire, which SummitPost.org describes as one of the more difficult rock climbs in Idaho, was toppled in the landslide.

"The entire spire came down along with half the wall face," Murphree wrote in her Facebook post. "Happened at about 8:10 pm so it was very difficult to go to sleep afterwards, to say the least!"

She added that there were campers in the area but no one was hurt.

Baron Spire is also known as Old Smoothie, according to the Mountain Project. The first people to scale the peak were Fred Beckey, Pete Schoening and Jack Schwabland in 1949.

The spire was named Old Smoothie as the summit is a single, 120-foot tall boulder of granite that had virtually no cracks in it.

"Its a favorite among climbers in the area. Supposedly there were multiple groups down there that had previously climbed it or were going to the following day, which is just crazy to think about," Murphree said.