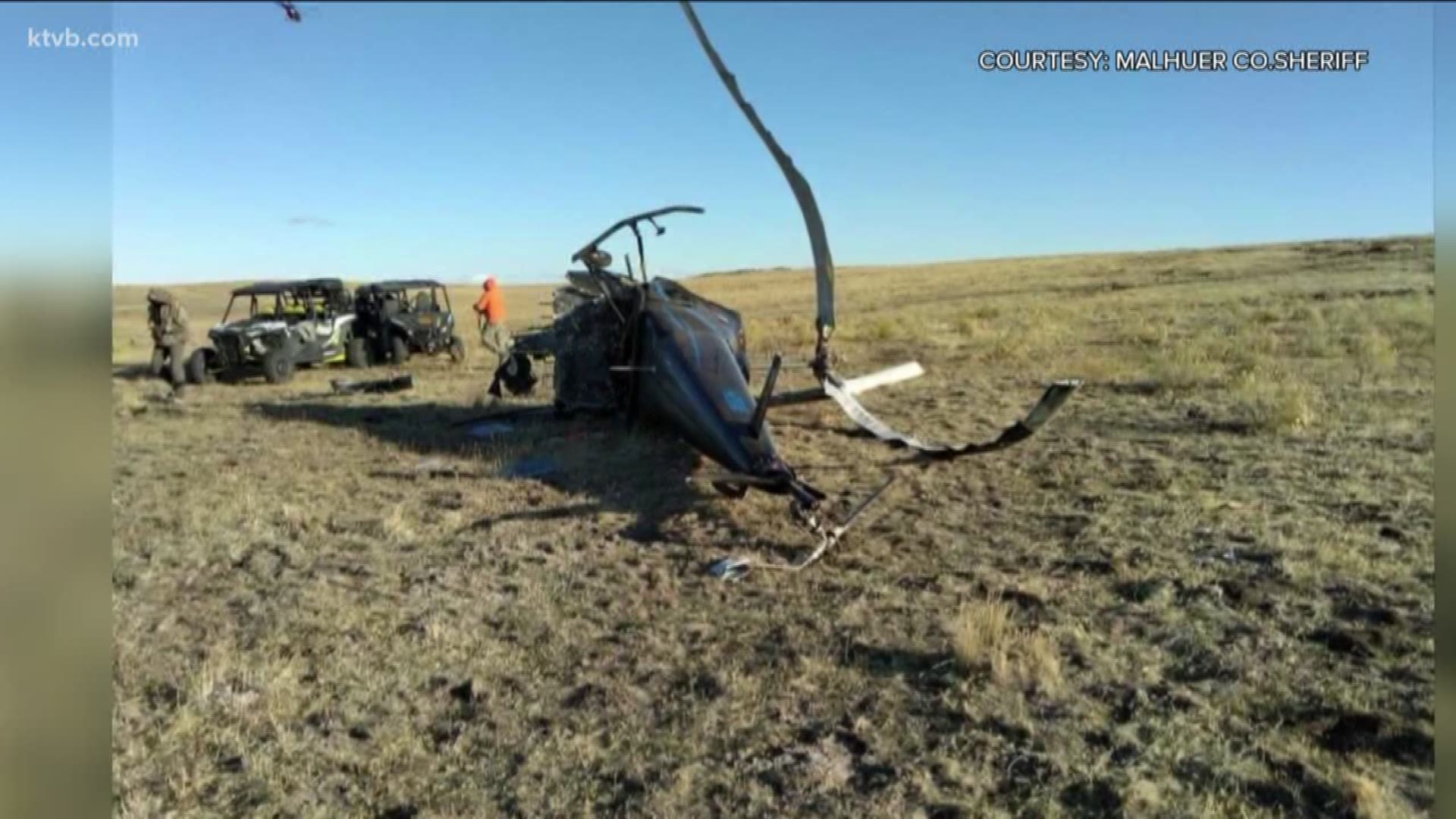 A surgeon at St. Luke's Medical Center is confirmed to have been killed in a helicopter crash in Malheur County Friday afternoon.

The sheriff's office says they were notified at 2 a.m. Saturday morning that a helicopter had not returned as expected, and was last seen on radar in the Succor Creek area.

Deputies learned the helicopter had crashed at about 4 p.m. Friday near Top Reservoir, southeast of Succor Creek State Park.

RELATED: 'It's not a quick fix': Meridian mom talks about bariatric surgery journey

The wreckage was discovered by a UTV search team at 8:20 a.m. Jim Valentine was dead at the scene.

Jordan Valentine was airlifted to a hospital with multiple injuries. The sheriff's office said that despite wearing only light clothing when the helicopter crashed, she survived through a cold, windy night as temperatures dipped below freezing.

Despite her injuries, she was able to crawl around the aircraft to get out of the wind.

"It takes a very tough and determined person be able to survive a crash followed by a long cold night," the sheriff's office wrote.

Valentine performed general and bariatric surgery at St. Luke's. Many of his former patients credited him with helping them improve their lives.

Valentine had been licensed as a commercial helicopter pilot since 2008, and was also licensed to fly a private single-engine airplane, according to the Federal Aviation Administration.