Kevin Hall and his son Joshua have been involved with Boy Scouts for years and his daughter Samya has always been jealous. Hall hopes to end that jealousy. 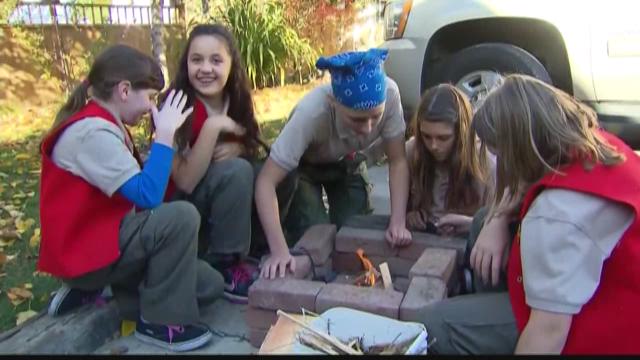 SPOKANE, Wash. – After the Boy Scouts of America announced last year that it would begin allowing girls to join, a Spokane Valley dad is working to make a girls troop in the area a reality.

Kevin Hall's daughter Samya has always been jealous of his and his son Joshua's involvement in Boy Scouts. Hall hopes to end that jealousy.

Samya began asking to join Boy Scouts a long time ago, Hall said. About three years ago, he heard about others in the country who were interested in getting girls more involved, so he kept his ear to the ground.

Samya was overjoyed when she found out she could join Boy Scouts and her brother has been teaching her how to tie knots along with other skills, Hall said.

For those who would ask Hall why his daughter would not join Girl Scouts instead, he would say Boy Scouts is a much different program.

“It [Girl Scouts] is a good program, but some girls want something different,” Hall added. “Typically Boy Scouts does more camping. There are Girl Scout troops that do camping, too, but they're harder to find. And I think it's easier for her to find more outdoor activities. You know, learning how to tie knots, go kayaking or canoeing, pitching a tent, starting a fire.”

“You know, there are leaders being built, and it's great to see that the leaders of our country in the future are coming up with the morals and principles of the scout oath and law,” he said.

If you are interested in the new troop Hall is looking to start, he is holding an information meeting this Wednesday, Mar. 14 at 6 p.m. at Redeemer Lutheran Church.